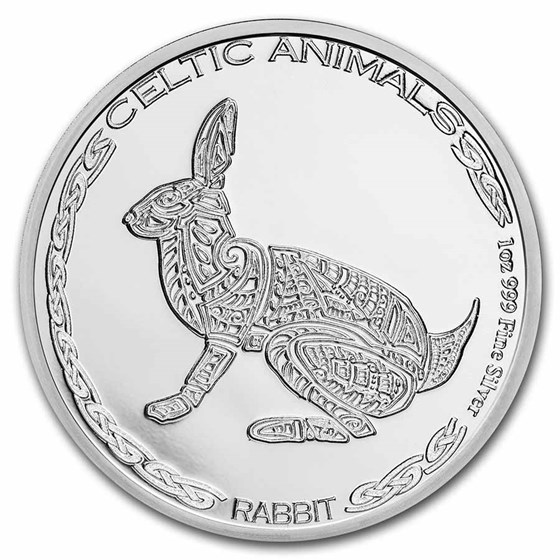 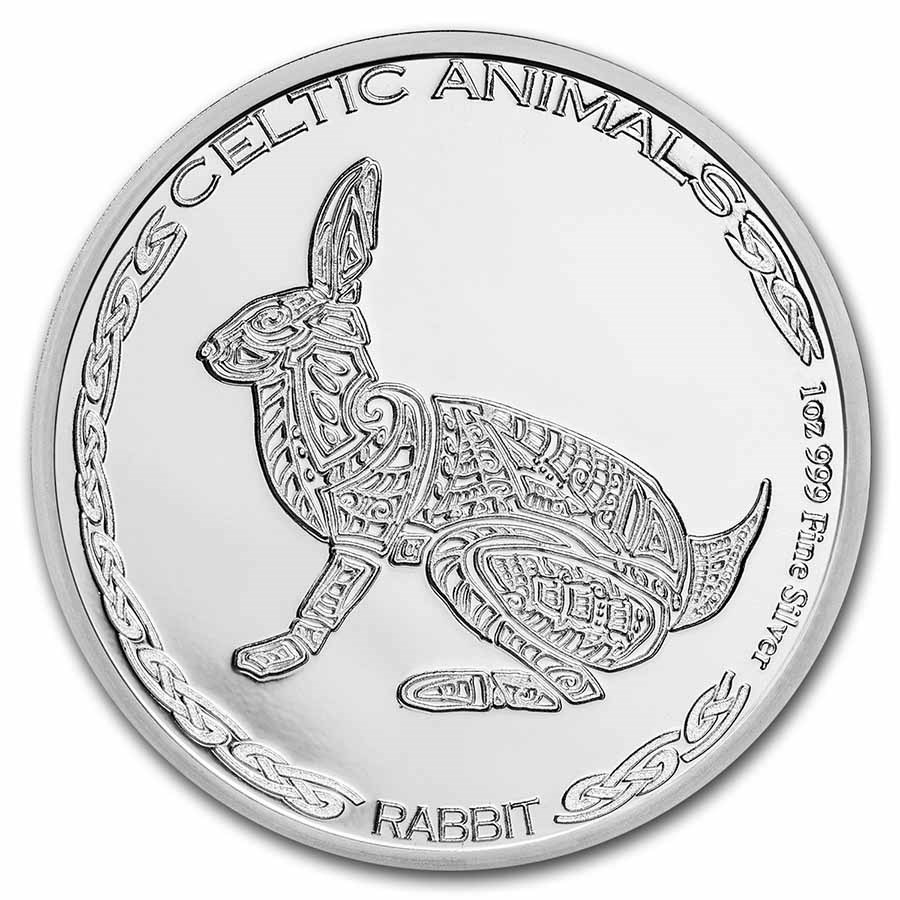 Product Details
Product Details
As low as $6.99 per coin over spot
This is the second release in 2021 of the APMEXclusive® Republic of Chad Celtic Animals series and features a striking image of a rabbit in .999 fine Silver. The 1 oz coin has a limited mintage of 5,000 coins worldwide.

Continue your collection of this artistic Republic of Chad Celtic Animals series with the sixth Silver coin in the series, featuring the rabbit. Add this 2021 Republic of Chad 1 oz Silver Rabbit coin to your cart today!

Celtic Animals
Celtic animal symbols are a familiar sight in Irish Art. The designs took on many forms and meaning. Animals were also used in Irish Coats of Arms of the wealthier families. Today, there are Irish coins with animal symbols.


Republic of Chad Celtic Animals Series
The Celtic Animals Series features 1 ounce Silver coins with an image of different animals, each with a Celtic artistic depiction. These coins have limited mintages, along with a changing design per release, adding to their collectibility. The Rabbit is the sixth release of the series.