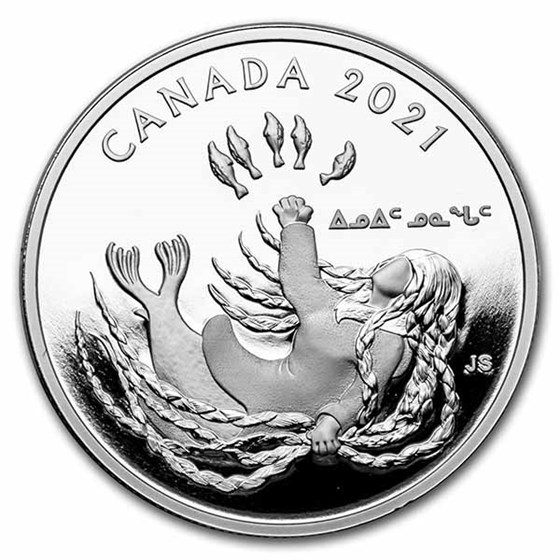 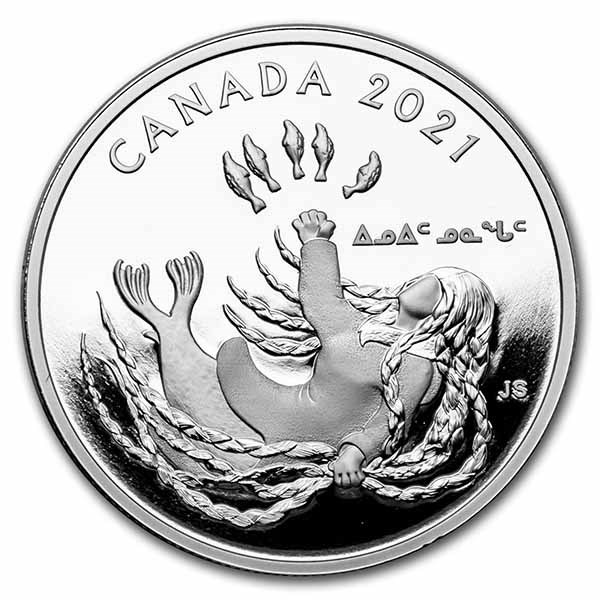 Product Details
Product Details
New Series! For the First Peoples of Canada, relaying an age-old story is a lesson in itself – and that is the focus of the new Generations series.

In repeating legends and myths, one generation sets an example for the next one, entrusting them with tales that are now theirs to tell and move forward through time. The first story comes from Inuit Nunangat, where unikkaaqtuat (“myths” in Inuktut) play an important role in the transmission of knowledge and values. Depicted on this 99.99% pure silver coin, the well-known legend of the Sea Goddess continues to inform new generations and inspire artists such as Jason Sikoak, who designed this coin.

Coin Highlights:
Handle your Silver with care by adding these cotton gloves to your order.

Carry on the tradition – cherish and share these stories that have been passed down through generations. Order Coin #1 today! Add this 2021 Canada 1 oz Silver Generations Inuit Nunangat coin to your cart today!