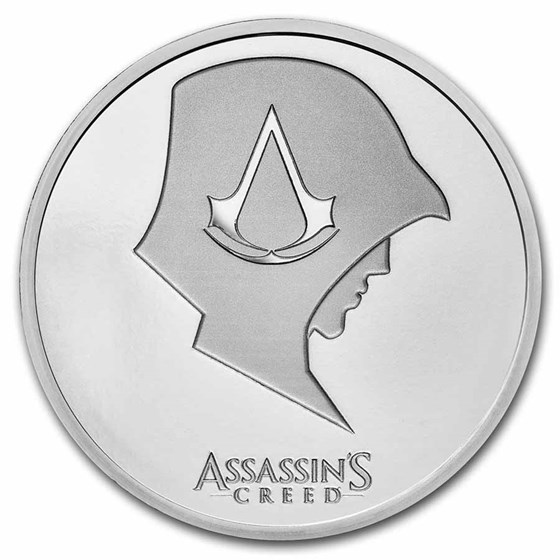 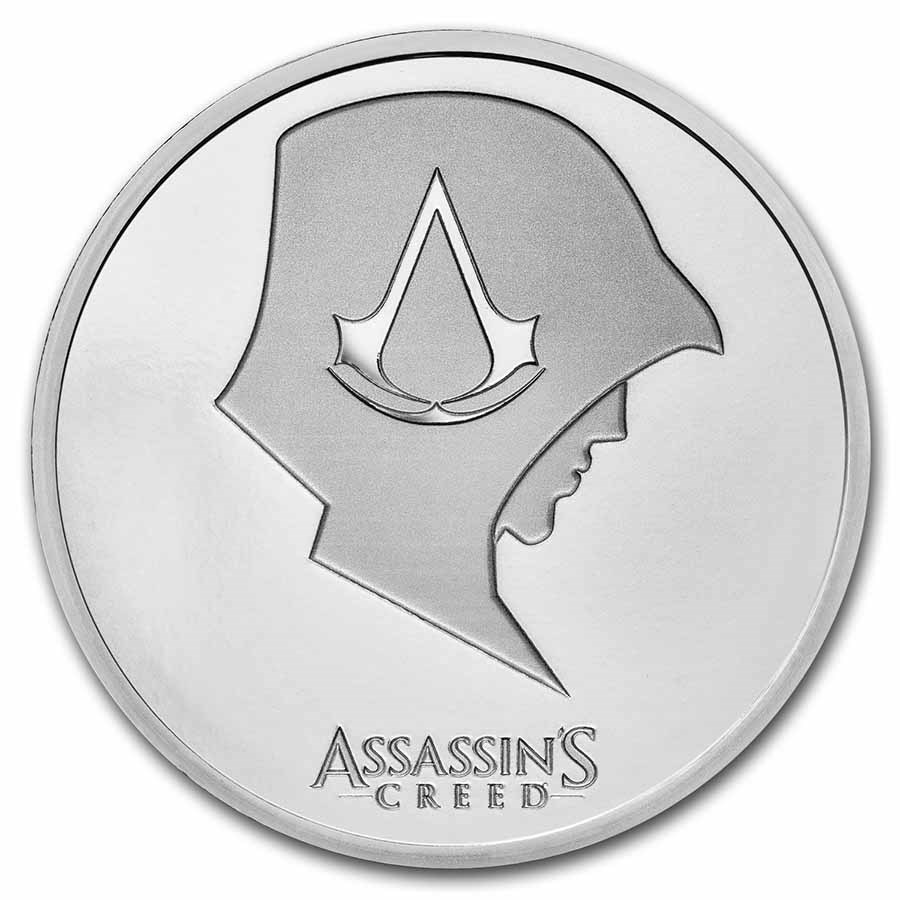 Product Details
Product Details
As low as $4.99 per round over spot
Available exclusively at APMEX, which has partnered with UBISOFT® to bring one of the best selling games franchises, Assassin's Creed® to the investment marketplace in a stunning, matte-like finish in 1 oz .999 fine Silver.

UBISOFT®
In 1986, five brothers created UBISOFT® in France and soon started acquiring publishing deals with names like Electronic Arts and LucasArts. They served as the exclusive distributer in France and soon began expanding throughout most of Europe as well as the United States. It wasn't until the mid-90s that UBISOFT® finally achieved mainstream success with the launch of their video game Rayman, which soon became the best selling game of all time for Playstation in the United Kingdom. Fast forward to the present, and UBISOFT® has become one of the largest software companies in the world. Some of their most successful and popular games are The Prince of Persia, Rayman, Assassin's Creed®, Far Cry, Tom Clancy and Just Dance.

Assassin's Creed®
The video game series first launched in 2007. Assassin's Creed® is an open-world action-adventure stealth video game that is based on a struggle between the assassins, who fight for peace and free will and the Templars, who fight to keep order and control. The series is a blend of historical fiction, science fiction and fictional characters that are intertwined with real-world historical events along with historical figures as well. Since its first release in 2007, the series has gone on to release 12 main games and 17 spin-offs, including the most recent launch of Valhalla. In total, the Assassin's Creed® series has sold more than 155 million copies, making it UBISOFT's best-selling game of all time.

Gameplay
The game is presented as a third-person perspective in an open world environment, focusing on stealth abilities combined with ninja-like parkour. As you travel through history, you are equipped with a special weapon know as the "Hidden Blade" which is the signature weapon of the members of the assassins, designed as their primary weapon to carryout assassinations.

Premise
In the game, you take control of an assassin by using the Animus which is a virtual reality machine made by a fictional corporation know as Abstergo Industries, a front for the Templar Order. The machine allows you see memories of a descendant through genetic synchronizing. The memories are projected onto an external screen, three-dimensionally. The purpose of this was to gather important information about the Assassin Brotherhood and the Pieces of Eden, which was created by a species of humanoids known as the Isu. The Pieces of Eden were created with the intent of controlling human thoughts, emotions and even behavior - essentially, to make them slaves. As an assassin, it is up to you to protect humanity and the abuse of power and injustices. To do so, you carry out a series of assassinations given by the leader of the Order.

pure silver and great subject matter that follows the Iconic Assassins Creed series of Video games and a movie.