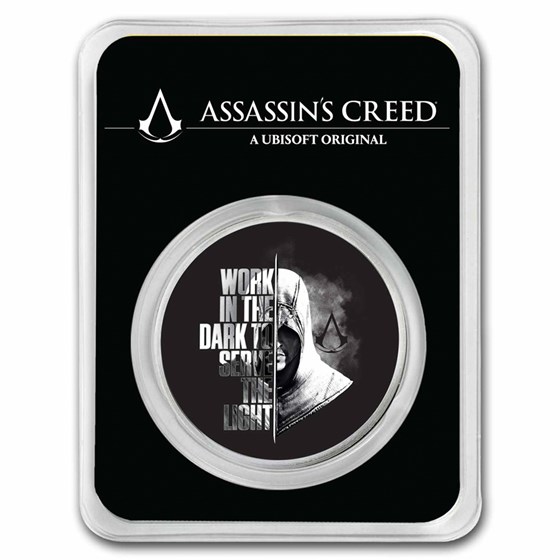 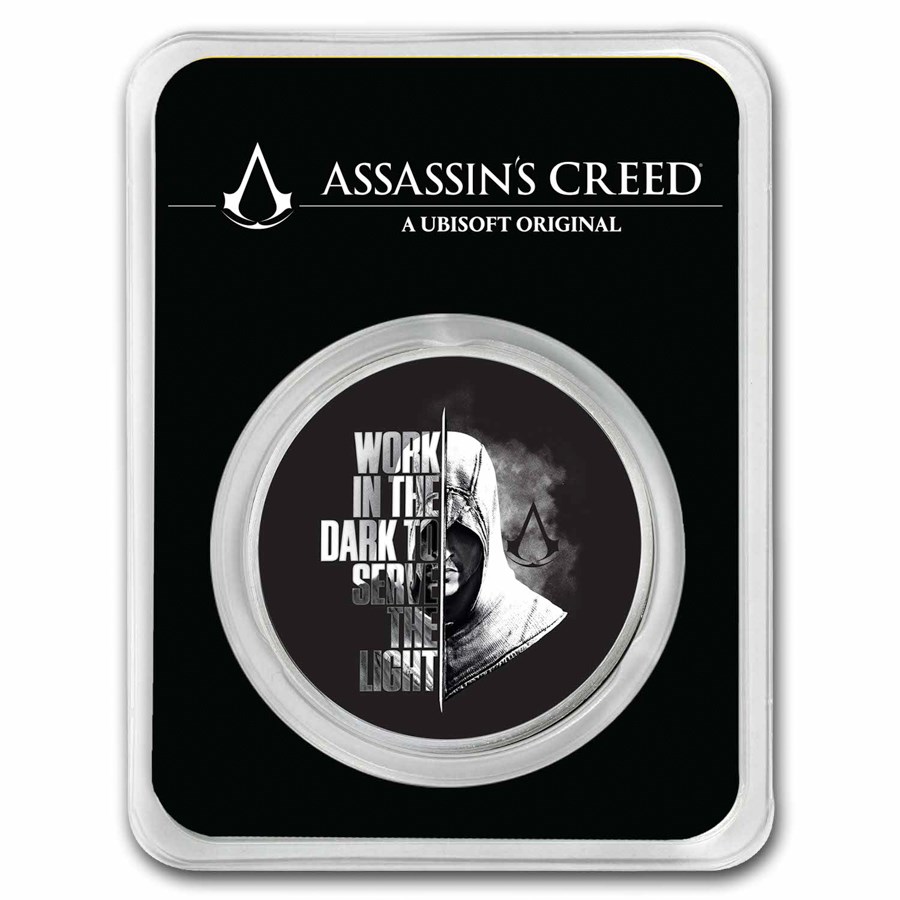 The Assassin’s Creed® franchise has over 100 million players worldwide and has sold over 155 million copies internationally, making it a global hit and one of the best-selling video game series.


Show off your investments in style by adding one of these presentation boxes to your order.

APMEX has teamed up with video game giant, UBISOFT®, to produce an officially licensed Assassin’s Creed® collection to commemorate the 15th anniversary of the franchise. These Assassin's Creed® rounds are available for a limited time only, which makes them an excellent addition to any collection, for both video game fans and collectors. Add a 1 oz Silver Colorized Assassin's Creed® round to your cart today!

UBISOFT®
Five French brothers created UBISOFT® in 1986 and quickly began receiving publishing deals with companies like Electronic Arts and LucasArts. They were the exclusive distributer of games in France and soon started expanding throughout the majority of Europe and the United States. UBISOFT® received mainstream success with the launch of the video game Rayman, which became the best-selling game of all time for Playstation in the United Kingdom. Since then, UBISOFT® has become one of the most prominent software companies worldwide. Their most popular games are The Prince of Persia, Rayman, Assassin's Creed, Far Cry, Tom Clancy and Just Dance.

Assassin's Creed®
The series initially launched in 2007 and features the struggle between the assassins and the Templars in an open-world fighting and stealth game. Assassin’s Creed® blends historical fiction, science fiction and fictional characters that participate in or alongside real historical events along with historical figures. The series has since released 12 main games and 17 spin-offs that include the most recent launch of Assassin’s Creed: Valhalla. This prolific and popular franchise has sold more than 155 million copies, which makes it UBISOFT®’s best-selling game of all time.

Gameplay
Assassin’s Creed® takes players on a third-person perspective adventure in an open world environment that is derived from various time periods in history. Stealth plays a major part in gameplay, along with parkour and ninja-like movements. Regardless of what time the game is set in, the easily identifiable "Hidden Blade" assassin weapon is always incorporated into the characters.

Premise
In the game, you are a present-day person who is able to take control of an assassin from a virtual reality machine called the Animus, which was created by the fictional Abstergo Industries, a front for the Templar Order. The machine gives the present-day person the ability to access memories of a descendant through genetic synchronizing, providing the historical setting in which the majority of the gameplay takes place. The Templars wanted to gather information about the Assassin Brotherhood and the Pieces of Eden, which was created by a mysterious species known as the Isu. The Pieces of Eden were developed to control humans through their thought, emotions and behavior to enslave them. The goal of assassins is to safeguard humanity from abuses of power and injustices.