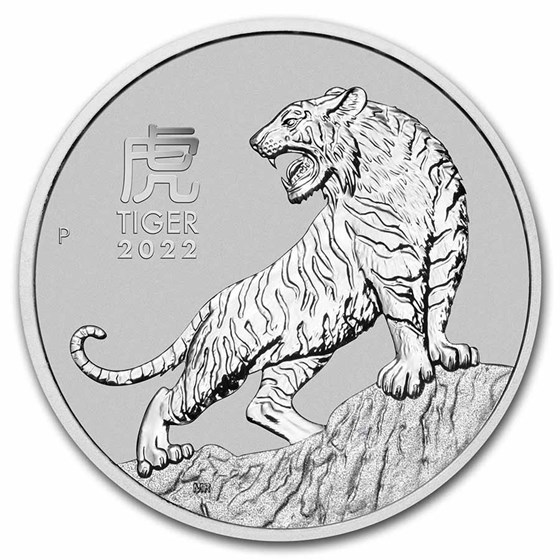 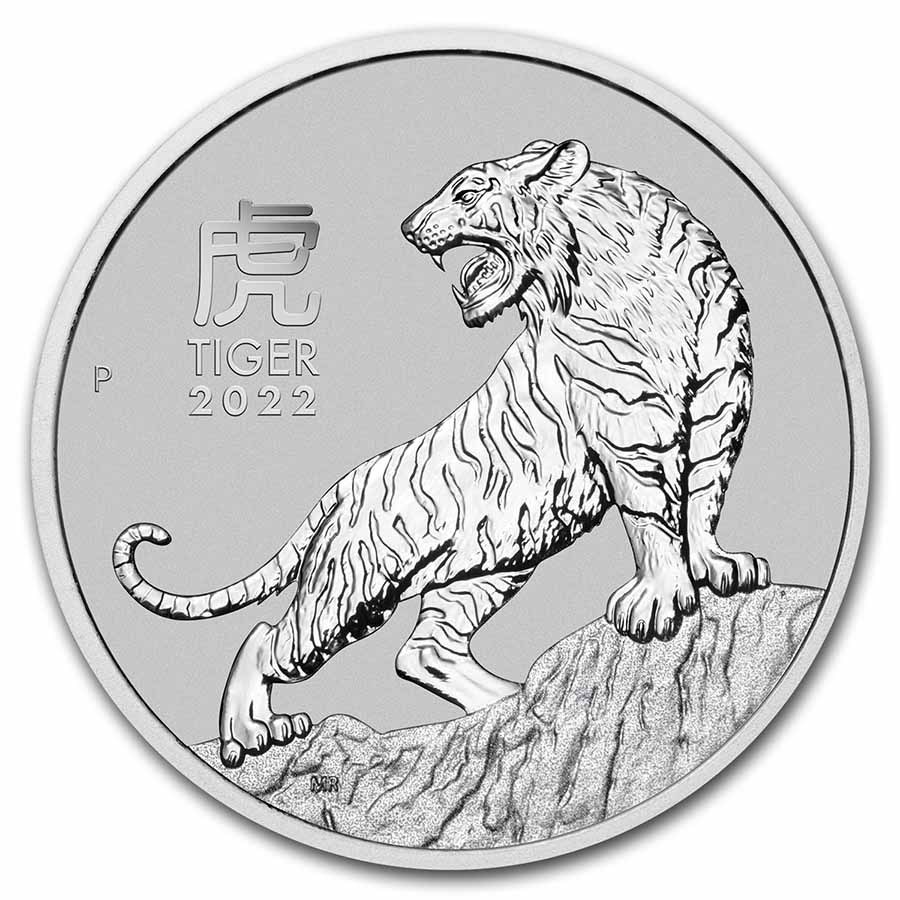 Protect your 2022 1 oz Australia 1 oz Platinum Lunar Tiger in style by adding an attractive display box to your order.

Platinum can be a great way to diversify any investment portfolio. Add this 2022-P 1 oz Australia Platinum Lunar Tiger coin to your cart today!

The Mint Perth Lunar Series
A landmark coin series of the highest regard, The Perth Mint Platinum coins package beautiful designs, limited mintages and universal appeal all in one program. Struck by the historic Perth Mint in .9995 fine Platinum since 2020, each coin's Australian legal tender status guarantees its weight and purity. The Perth Mint's Australian Lunar Series III collection continues the rich tradition of minting spectacular bullion coins by portraying animal themes from the Chinese lunar calendar. Today, The Perth Mint Lunar coins are available in multiple sizes in Gold, Silver and Platinum.

Thos 2022 Australian lunar tiger is a beautiful coin. Limited mintage of 5000 makes it a keeper. It’s my 2nd Australian coin and APMEX delivered it in a timely manner, I always use echeck to avoid costly credit card fees & save that money for more bullion. I’ve learned that resisting that urge for immediate gratification pays off in the long run. I ALWAYS trust APMEX to deliver my coins on time, in their bulletproof shipping boxes. This coin is a winner!