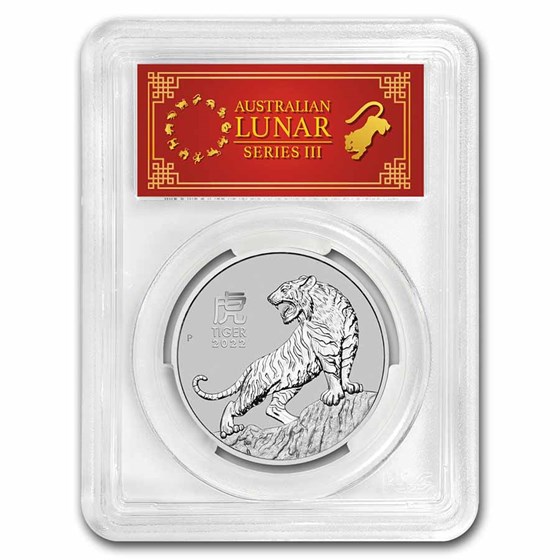 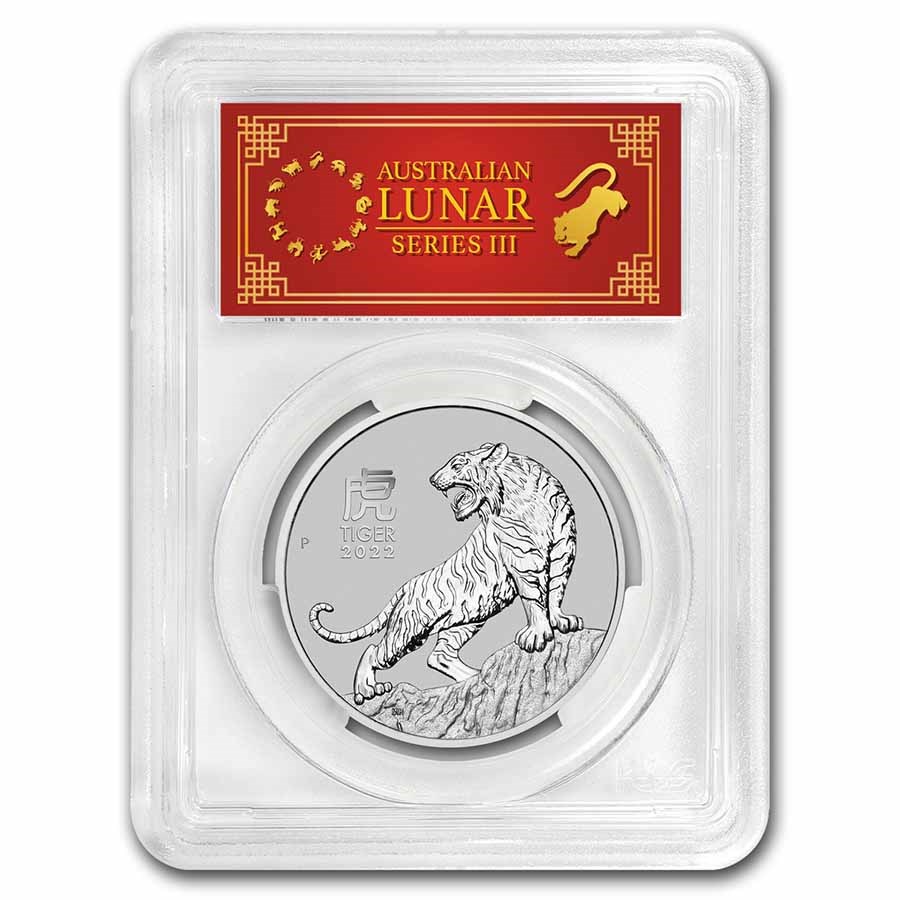 Product Details
Product Details
This 1 oz Platinum coin celebrates the Year of the Tiger, the third of 12 animals associated with the ancient Chinese lunar calendar. This coin is certified a Mint State-70 First Day of Issue, with our exclusive Red Label.

Protect your certified Australia 1 oz Platinum Lunar Tiger in style by adding an attractive display box to your order.

Platinum can be a great way to diversify any investment portfolio. Add this 2022-P 1 oz Australia 1 oz Platinum Lunar Tiger graded MS-70 by PCGS to your cart today!

The Mint Perth Lunar Series
A landmark coin series of the highest regard, The Perth Mint Platinum coins package beautiful designs, limited mintages and universal appeal all in one program. Struck by the historic Perth Mint in .9995 fine Platinum since 2020, each coin's Australian legal tender status guarantees its weight and purity. The Perth Mint's Australian Lunar Series III collection continues the rich tradition of minting spectacular bullion coins by portraying animal themes from the Chinese lunar calendar. Today, The Perth Mint Lunar coins are available in multiple sizes in Gold, Silver and Platinum.