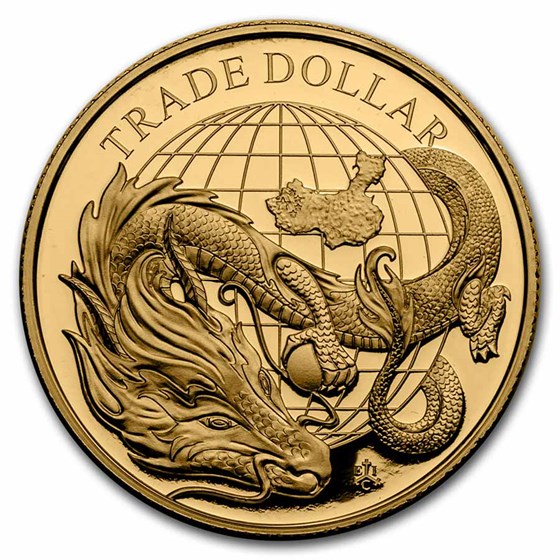 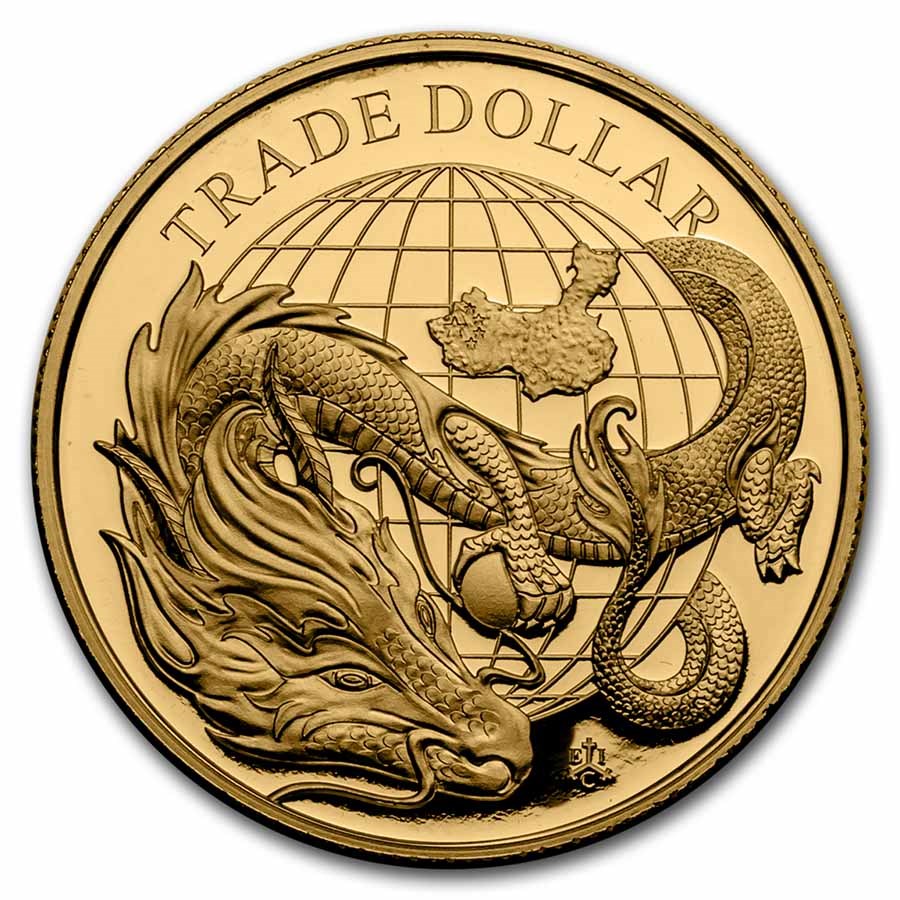 Product Details
Product Details
Only $2,895.00 per coin
This Gold coin is the first release in the Modern Trade Dollar Collection. This amazing coin has a mintage of only 100 pieces worldwide.

This is a lasting tribute to the original coin first produced in 1889. Add the 2021 Gold Chinese Trade Dollar coin to your cart today!

Trade Dollars
Trade dollars were first introduced in the late 15th century when the Spanish Dollar was used to facilitate trade. This inspired other nations to create currencies, including the U.S. dollar. The first Chinese trade dollars were produced in 1889 in Guangdong Province. The original design included a dragon, which led these coins to be known as the Dragon Dollar.