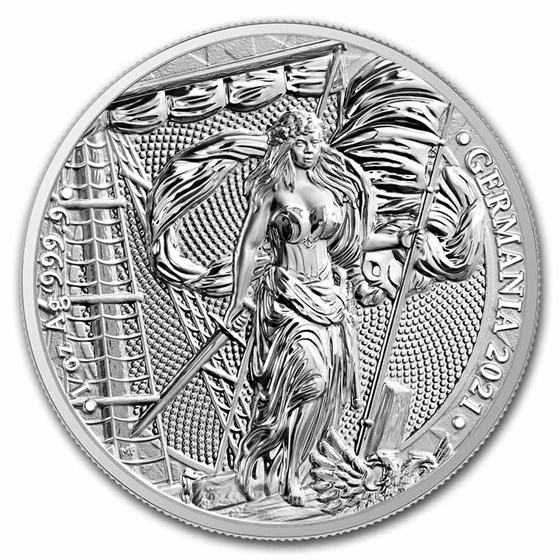 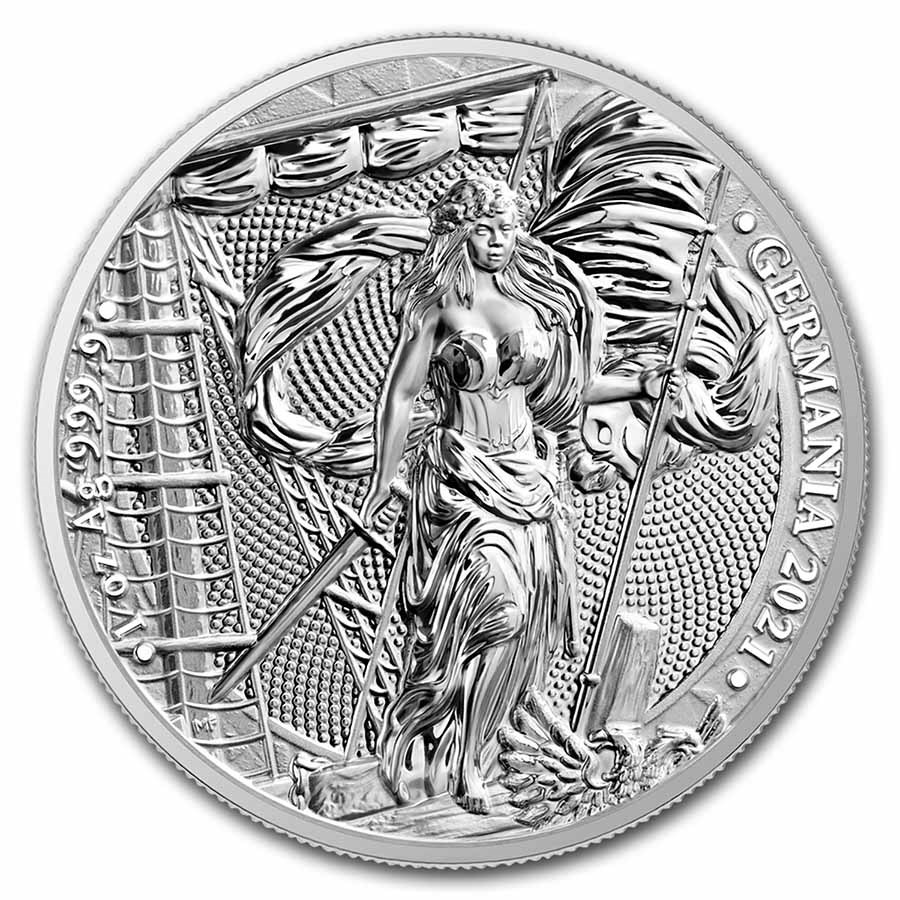 Product Details
Product Details
"Germania" is the Latin term for Germany, from which the name "Germany" is used in English language today. The Germania Mint is introducing the highly-anticipated third release in its limited mintage flagship series with the Germania 2021 round.

Germania Mint
The Germania Mint offers the newest installment of their flagship series, which features various historically important elements beloved by fans in addition to some exciting new changes to the series. One of these new elements is in the design of the round, where Lady Germania is seen in action for the first time, aboard a ship leading her people at sea. Another exciting change to the series is in the size and mintage offerings where customers will now see 2 and 10 oz rounds available for the first time in mintages of 2500 and 1000, respectively.

The reverse of the round contains the mainstay Bicephalous Eagle (two-headed eagle), which is a Roman mythology symbol associated with Janus - the god of all origins, guardian of doors, gates, passages and bridges, the patron of contracts and alliances. Heads facing the opposite direction symbolizing the past and the future.

The Laurel Wreath is a symbol and prize for victory in equal fight inseparably associated with success and outstanding achievements. In ancient Greece athletes were honored with it, while the Romans crowned the head of a victorious commander during his martial triumph.