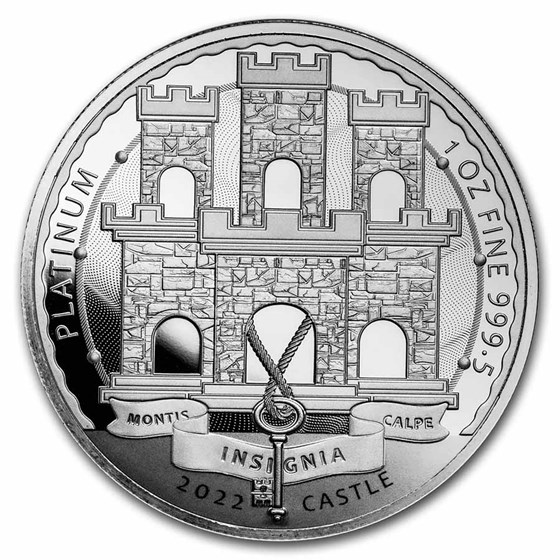 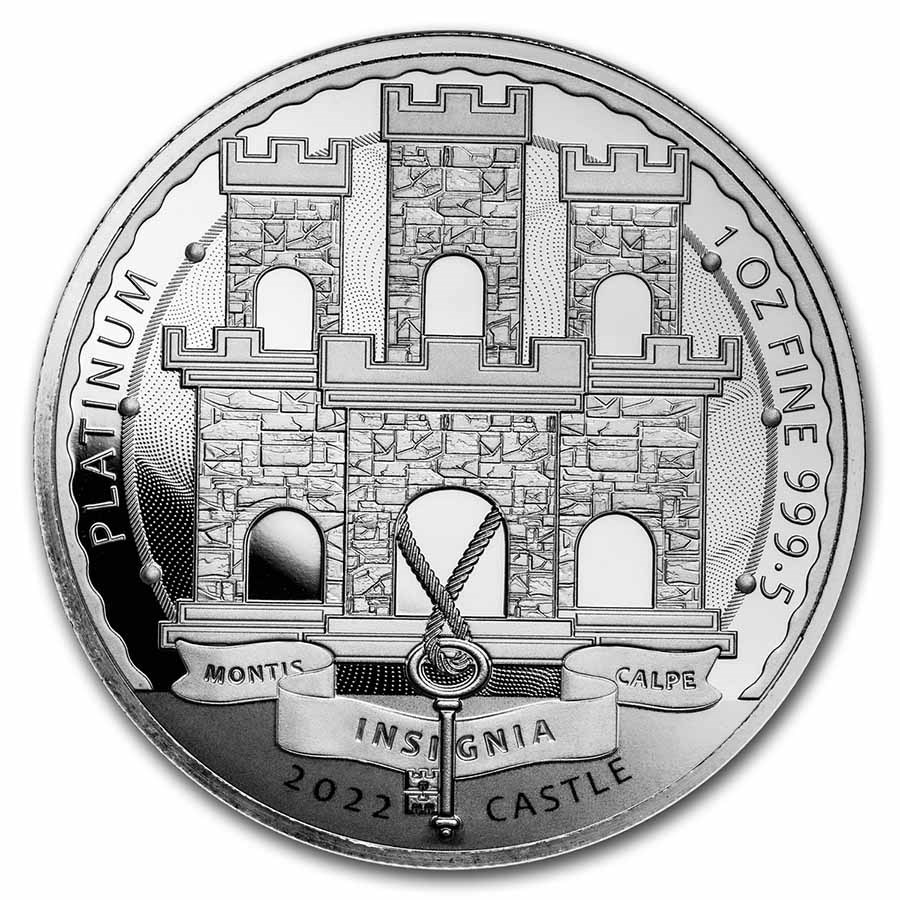 Coin Highlights:
Protect your 1 oz coin from fingerprints by adding these cotton gloves to your order.

Don't miss out on this opportunity to own Gibraltar Platinum! Add this 1 oz Platinum Reverse Proof Coin to your cart today!

The Moorish Castle
Since the War of Spanish Succession in 1704, the Moorish Castle has stood strong as guardian of the Mediterranean, enduring many attempts by others to rival its position at the southern tip of the Iberian Peninsula. As such, this testament to history has earned its nickname as "The Rock" and has been protected under the 1713 Treaty of Utrecht as a monument to this day.