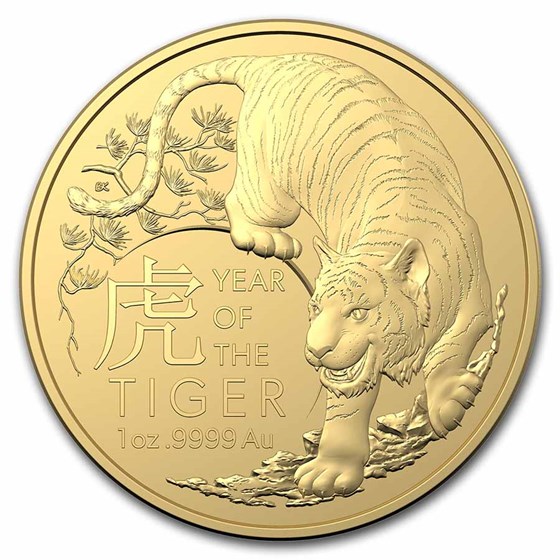 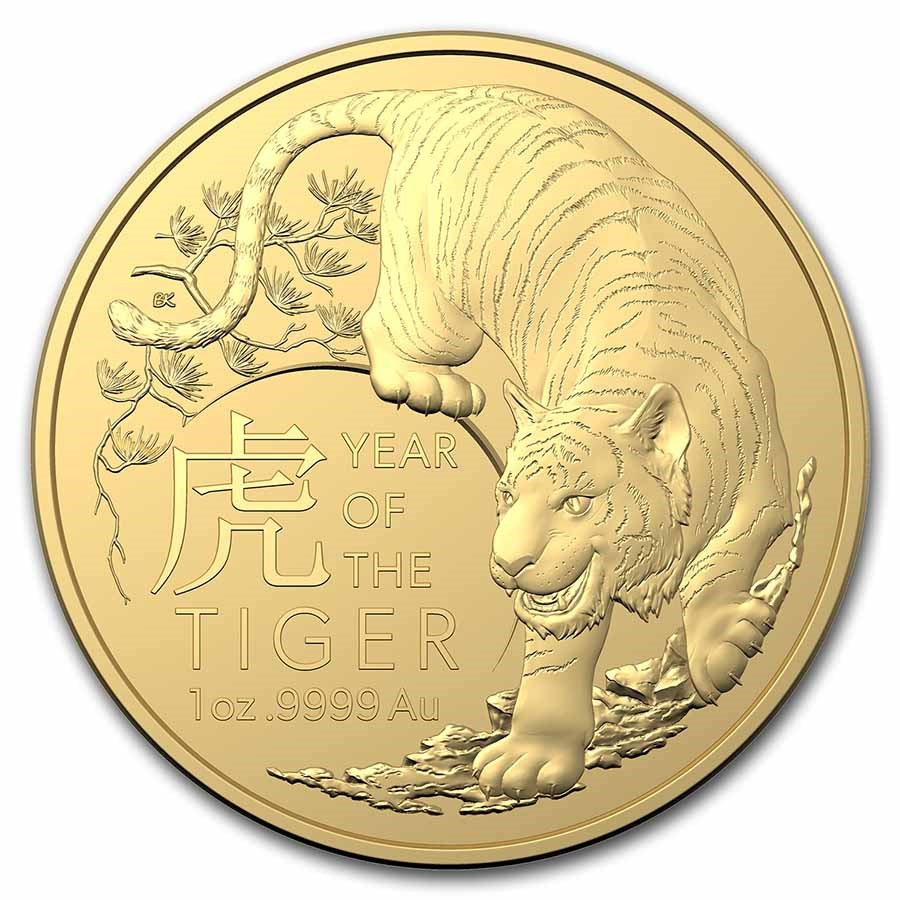 Product Details
Product Details
Royal Australian Mint has released a new Lunar coin for 2022, celebrating the Lunar Year of the Tiger. There is a limited mintage of 5,000 only, and each coin comes in an individual capsule.

Coin Highlights:
Protect your Gold Lunar Year of the Tiger in storage from the adverse effects of moisture in the air by adding these silica gel packets to your order.

The Royal Australian Mint has released their third release of a Gold investment bullion coin for the Lunar series, celebrating the start of the new Lunar calendar with the 2022 Year of the Tiger. Add this magnificent 2022 1 oz Gold Lunar Year of the Tiger BU coin to your cart today!

Lunar Year of the Tiger
The tiger is the third sign of the twelve-year lunar calendar. People born under this sign are known for being confident, curious, and intelligent. Her Majesty Queen Elizabeth II is one of the well-known people born under the Year of the Tiger. According to legend, the Jade Emperor invited animals to race across a swift river, to determine their position in the zodiac. The confident Tiger was a likely contender to be winner, but kept getting swept downstream. Showing strength with those born under the sign, the Tiger finally made it to shore behind the Rat and the Ox. With this, the Tiger became the third in the zodiac.