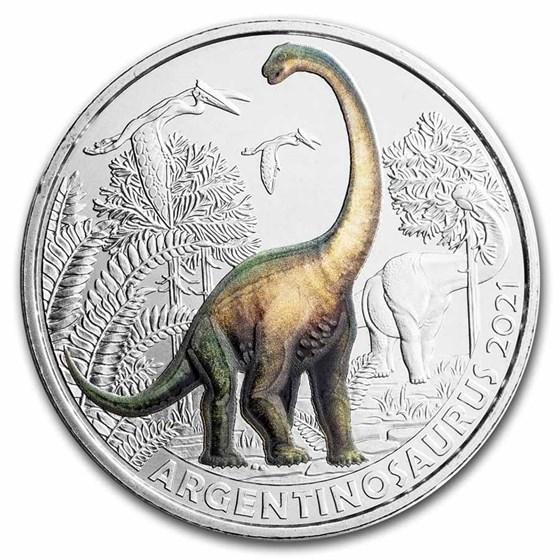 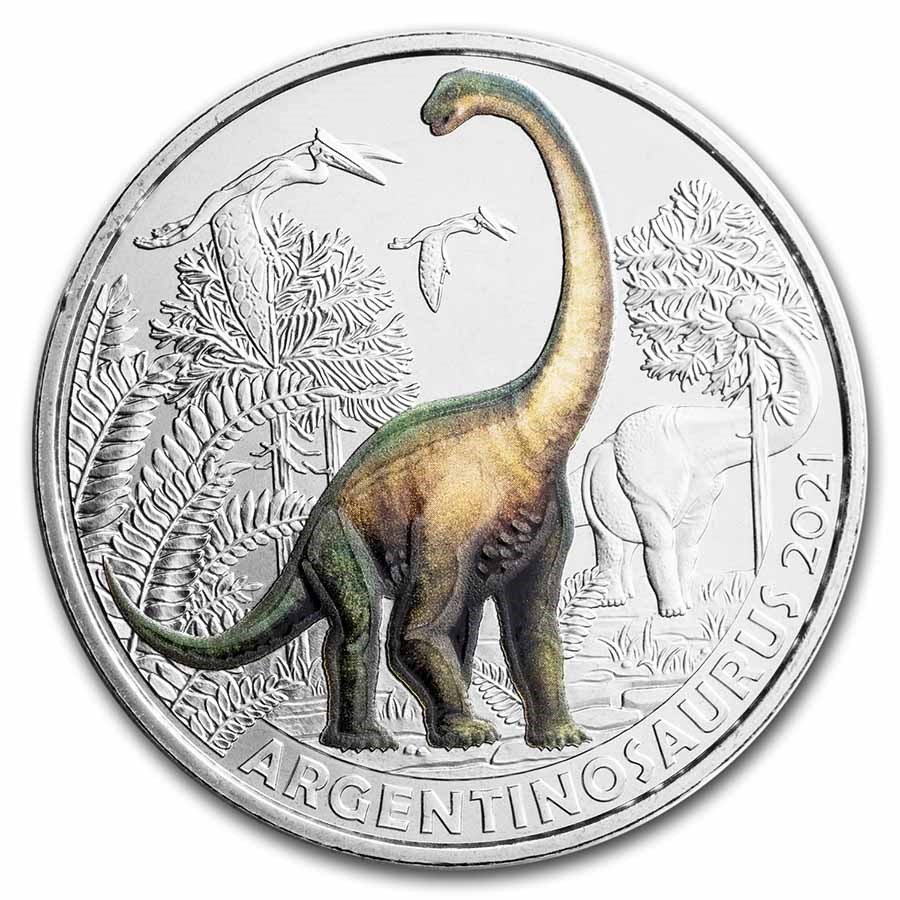 Product Details
Product Details
Behold the bright and colorful series from the Austrian Mint - Supersaurs! This series brings prehistoric giants back to life in the shape of 12 superb glow-in-the-dark coins.

Little is known about the Argentinosaurus as only a few remains, including vertebrae, ribs, a shin and a femur, have been found. A limited fossil record is not atypical for sauropods because their massive carcasses would have disintegrated quickly after their demise and been split up and carried off by scavengers. By comparing the behemoth with better preserved sauropods, however, experts believe that Argentinosaurus had a small head, a long neck and tail, a barrel-shaped trunk and four columnar legs. Its enormous weight limited Argentinosaurus’ ability to move at speed, although it is presumed that it did not need to be fast because its vast size meant that it rarely had to flee.

Austrian Mint Commemorative Coins
APMEX is proud to offer products from the Munze Österreich, or Austrian Mint. With more than 800 years of coin-production experience, the Austrian Mint in Vienna has become world-renowned for coin production and Precious Metals processing. As a subsidiary of the Austrian Central Bank, the Austrian Mint's foremost task is to produce all of the circulating euro coinage for Austria. But the mint also strikes an impressive range of collector coins and medal, along with producing some of the world's best-selling bullion coins. In addition to the popular Philharmonic coins, the Austrian Mint produces many beautiful commemorative coins to honor people, places and events of its history. More than 400 million coins are produced at the Austrian Mint each year.