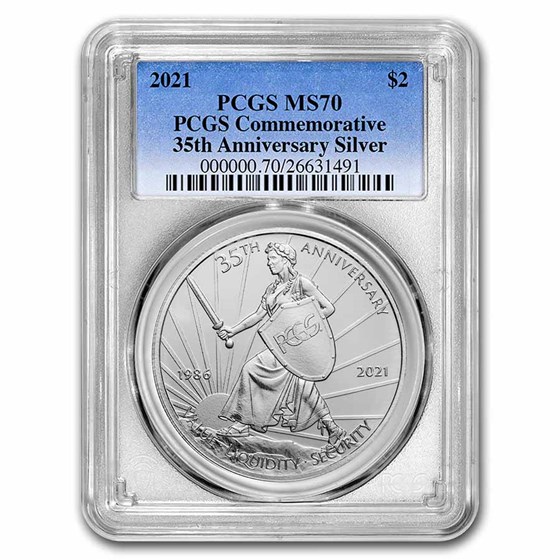 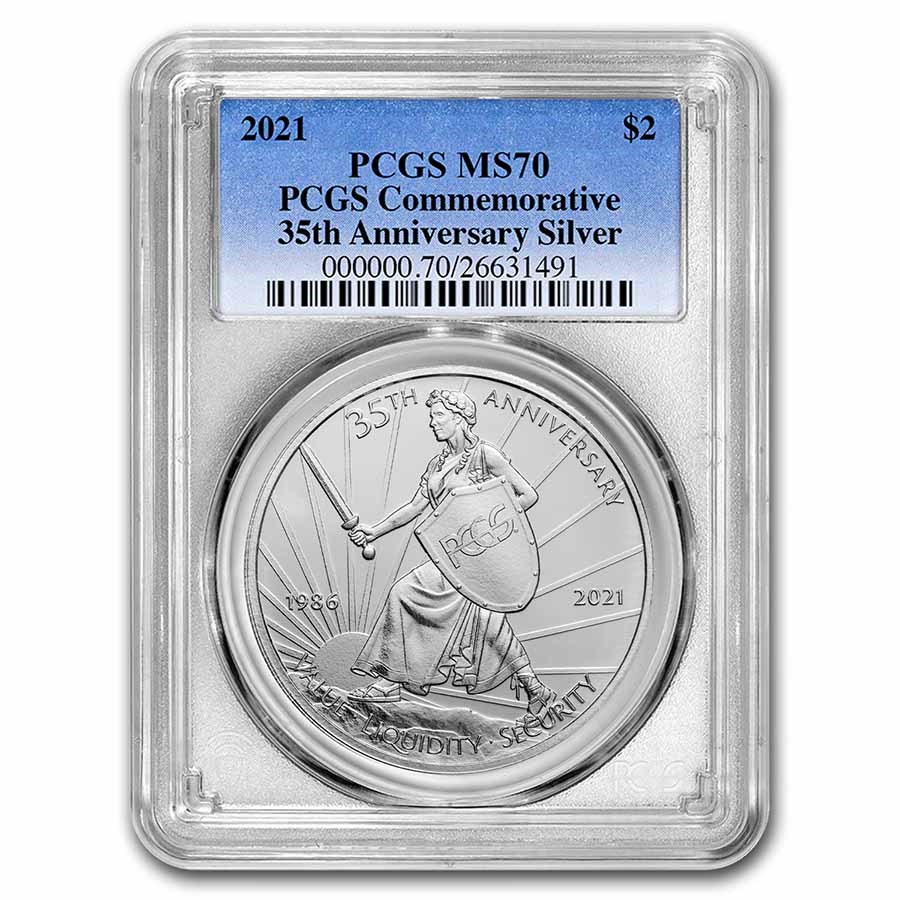 Product Details
Product Details
These coins commemorate the 35th anniversary of PCGS, founded in 1986 to bring consistent grading standards to the coin industry. Over the past 35 years, PCGS has transformed numismatics and become one of the most the most trusted names in the industry.


Protect your 1 oz Silver PCGS 35th Anniversary Coin from scratches or damage during handling by including cotton gloves with your order.

These coins feature an exceptional design produced by two famous designers, Ron Sanders and Justin Kunz. Celebrate the 35th anniversary of one of the most trusted names in numismatics by adding this limited release coin to your collection today!