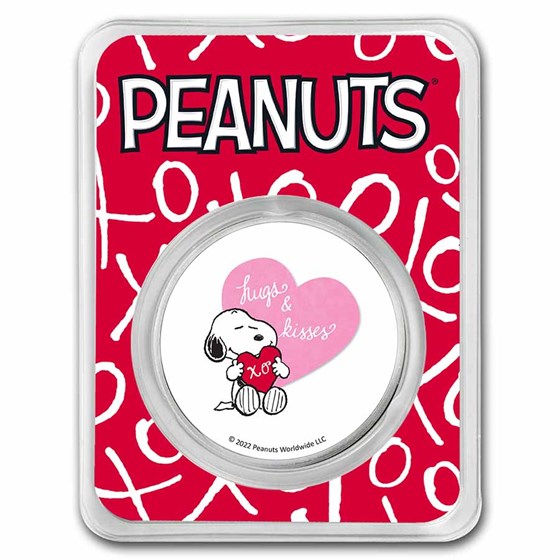 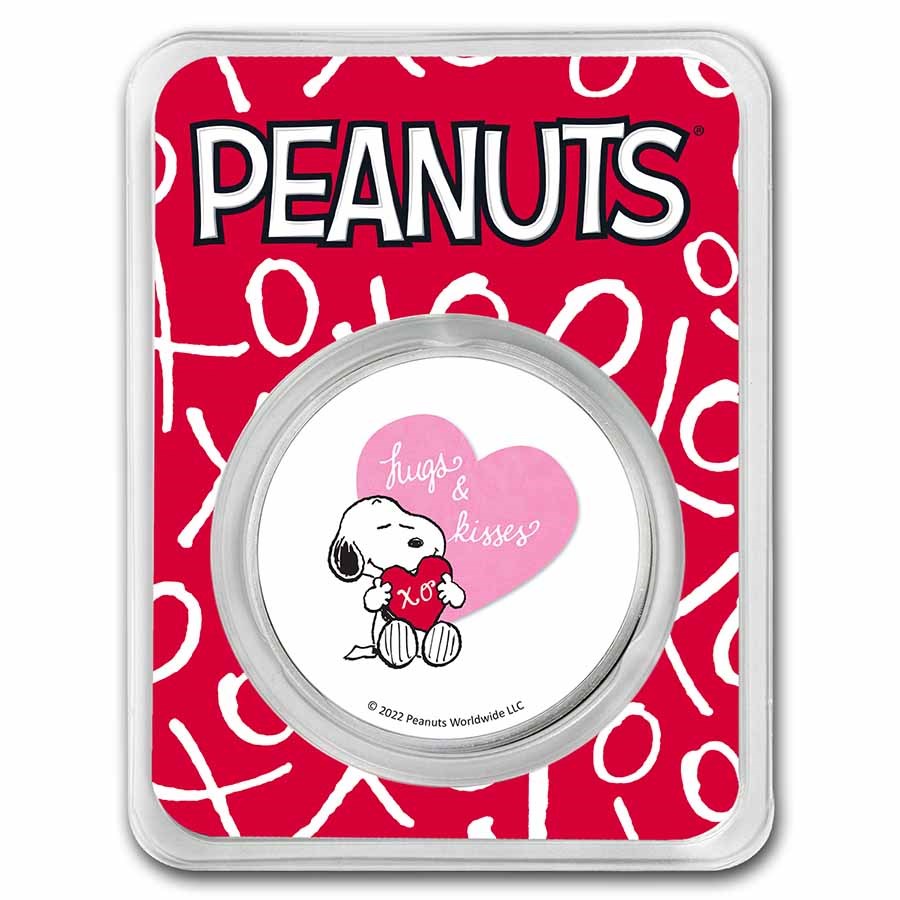 Whether you are a collector, investor, gift-giver or a Snoopy fan, these rounds are the ideal Valentine's Day gift for that special someone. Add this Peanuts® Snoopy Hearts Valentine's Day 1 oz Silver colorized round to your cart today!

just arrived and it’s a great looking round!

just picked this round up in the mail with a few 10oz bars, this round looks great and since my fiancé loves snoopy I’m sure she’ll love it as part of her anniversary gifts.