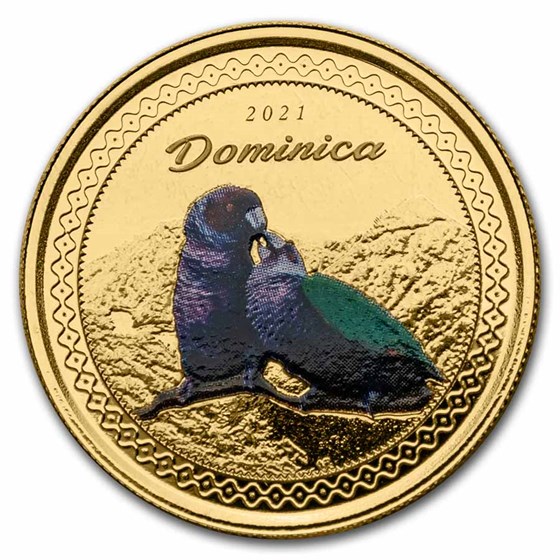 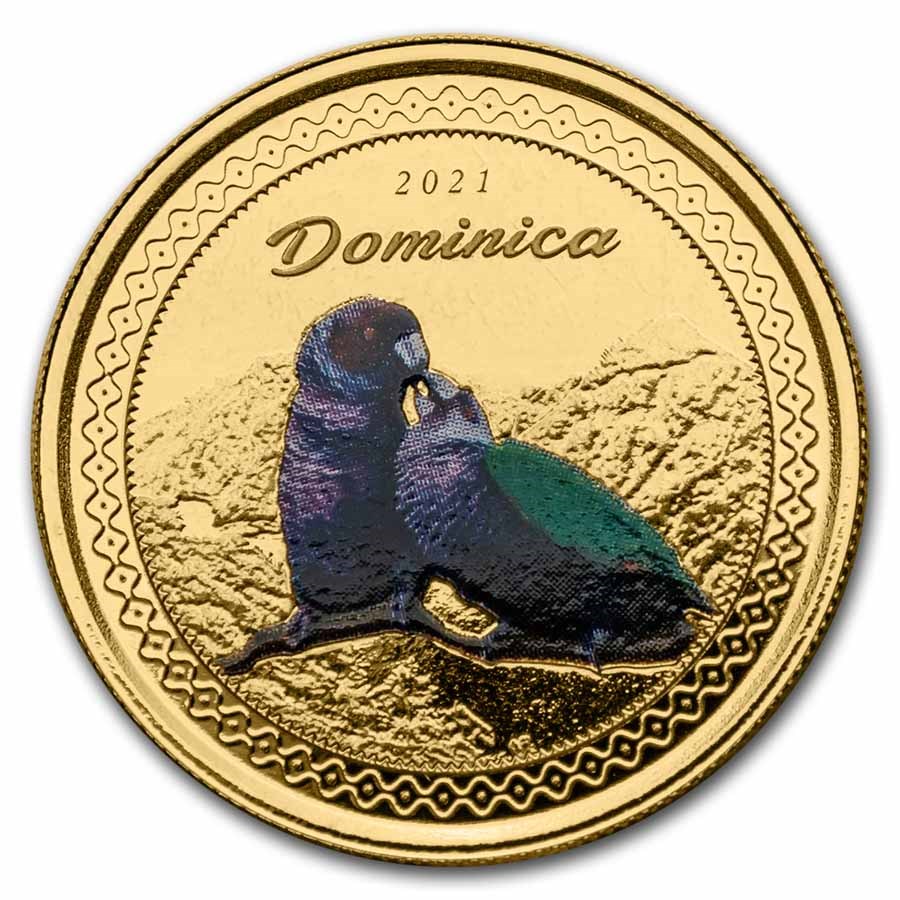 Product Details
Product Details
This 2021 Dominica Sisserou Parrot 1 oz Gold colorized coin is issued by Dominica and is one of eight releases each year in this historic low mintage series that began in 2018.

Collect a piece of history from each of the beautiful Caribbean islands. Add this Gold Colorized Dominica Sisserou Parrot Proof coin to your cart today!

Dominica and the EC8
The EC8 (Eastern Caribbean Central Bank) program will consist of four coins minted in 2020 on behalf of each of the eight Caribbean island members that comprise the ECCB - Anguilla, Antigua and Barbuda, Commonwealth of Dominica, Grenada, Montserrat, Saint Kitts and Nevis, Saint Lucia, and Saint Vincent and the Grenadines. The ECCB is the official issuer of the Eastern Caribbean Dollar, the currency of the EC8 2020 coin program.

Sisserou Parrot
The Sisserou parrot, also known as the Imperial Amazon or Dominican Amazon, is the national bird of the island of Dominica and is highly endangered as it can only be found on the island. Only 50 adult birds were estimated to be left in the wild in 2019. These are large parrots at an average length of 19 inches with both males and females having identical coloration. Purple feathers line the front with dark green on the back and bright red along the edge of the wing.