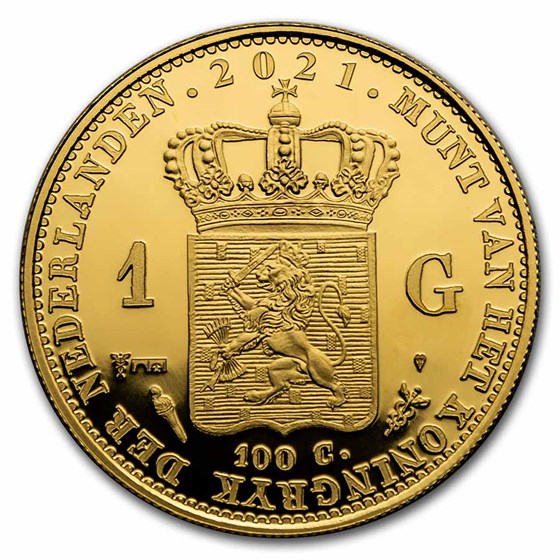 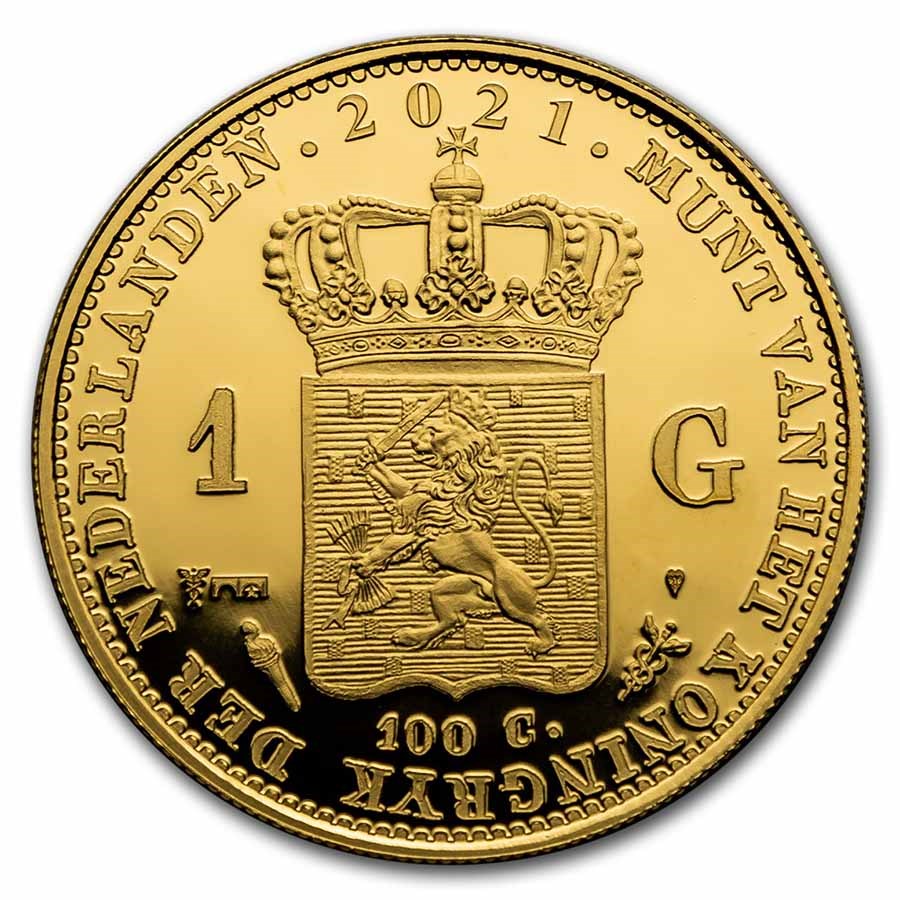 Product Details
Product Details
It seems like such a short time ago, but almost 20 years have passed since the Dutch guilder was replaced by the European Euro. The Royal Dutch Mint has now struck this nostalgic coin.

The guilder, which was subdivided into 100 cents, was introduced in 1816. However, the first guilder was not minted until 1818. The Royal Dutch Mint offered a vote to decide which guilder would be restruck. Votes were counted and the winner was the Wilem I guilder from 1818.

In 1901, the company was placed under the supervision of the Ministry of Finance, and in 1912 the mint officially became a company owned by the state. At the end of the German occupation during the Second World War in 1944, coins were produced in the United States. This was necessary to ensure that there would be enough currency available after the liberation. In 1994, Rijks Munt was renamed as De Nederlandse Munt NV. It became a company 100% of whose shares were owned by the Dutch State. The queen awarded the company the prefix Koninklijk (Royal) five years later, and it was now allowed to call itself De Koninklijke Nederlandse Munt (The Royal Dutch Mint).