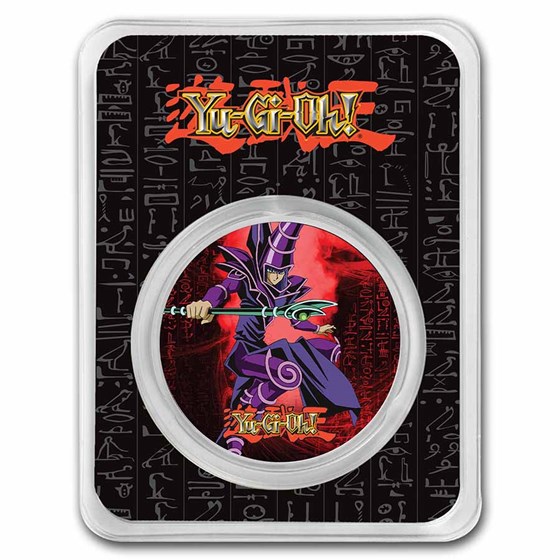 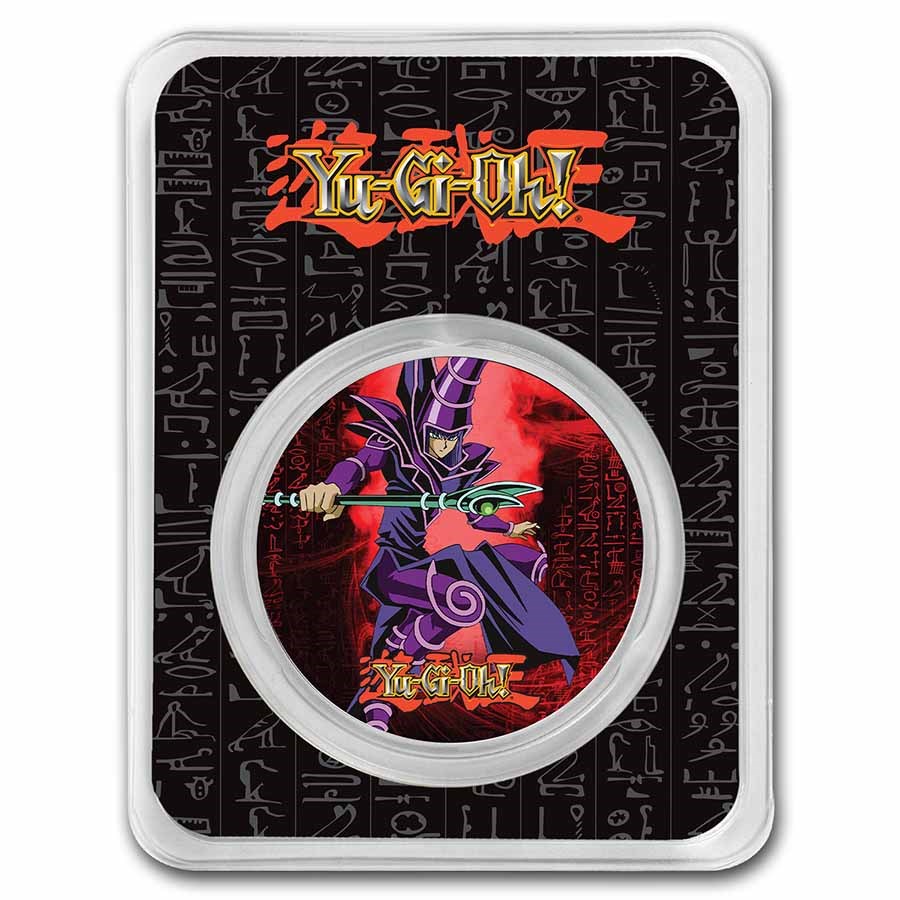 $26.94
As Low As
Product Details
Product Details
Celebrate the 25th anniversary of Yu-Gi-Oh! with these officially licensed and limited mintage coins which are now available not only as a collector's item, but as a tangible investment for fans of the manga, anime and trading card game.

Each coin features a highly detailed, colorized image of Dark Magician, which is Yugi Muto’s main monster card in his playing deck when dueling against friends and foes.


Protect and display your limited edition collectible coin in style by adding one of these Wooden Gift Boxes to your order.

APMEX has teamed up with KONAMI to release a collection of officially licensed Yu-Gi-Oh! products to celebrate the 25th anniversary of the franchise. These officially licensed colorized Yu-Gi-Oh! coins are perfect for any fan of the manga, anime and trading card game. Add this 2022 Niue 1 oz Colorized Silver $2 Yu-Gi-Oh! Dark Magician coin to your cart today!

Gameplay
The Yu-Gi-Oh card game itself is a turn-based game where you duel against an opponent and their deck of cards. The goal is to summon monster cards to attack, and reduce your opponent's Life Points. In the card game there are three main types of cards that make up the 60-card deck: Monster Cards, Spell Cards and Trap Cards.