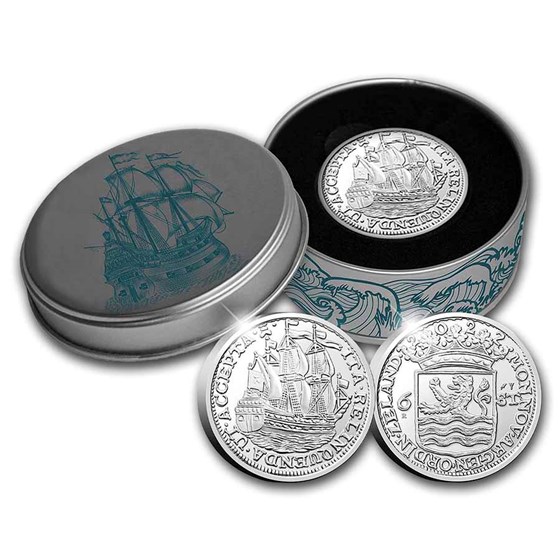 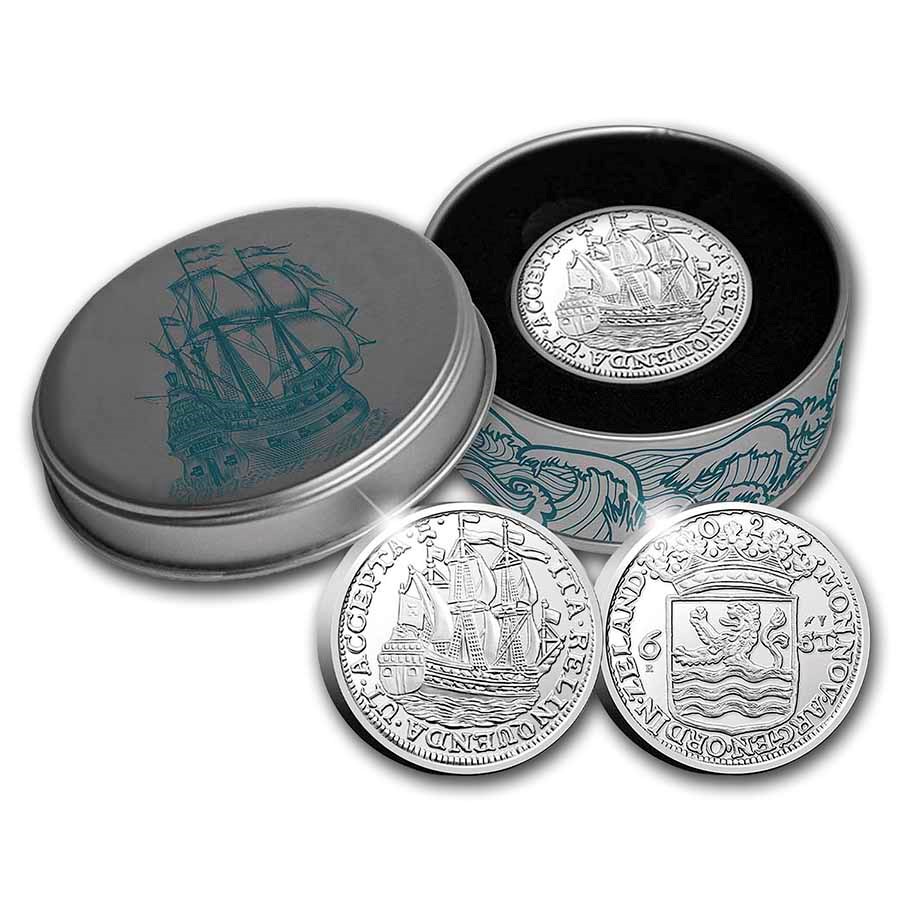 Product Details
Product Details
The Royal Dutch Mint proudly presents the official restrike of the original Utrecht “Scheepjes-Schelling,” or "Ship Shilling," from 1761 which comes with a limited mintage of only 250 coins worldwide.

Add a home safe to your order today to protect your 2 oz Silver Proof Ship Shilling, along with any other prized collections.

This stunning Silver Proof coin is loved around the world for its 2 oz metal content and classic, restrike design. Add the 2022 Netherlands 2 oz Silver Proof Ship Shilling (w/box and COA) to your cart today!

2022 2 oz Silver Proof Ship Shilling from The Royal Dutch Mint
The Royal Dutch Mint is a company owned entirely by the Dutch State, and since 1807 the only Dutch entity that is allowed to strike and issue coins. The “Schelling” is a Dutch coin type which has been around in many varieties. The Ship Shilling was brought into circulation in 1670 because many inferior pieces were in circulation of previous varieties of the coin. With the nominal value of six stuivers (5 cent coins), the name of the Scheepjes-Schelling is derived from its use in trades. The coin was mostly used internationally.

After Napoleon was defeated in 1813, and the Kingdom of The Netherlands was founded with William I as king, the mint was renamed as Rijks Munt. What is now known as Belgium was a part of the new kingdom, and a second mint was in Brussels. When Belgium achieved independence in 1839, the Rijks Munt became the only mint in the Kingdom of The Netherlands. The provincial coins had been minted before the unification of the mint were still in circulation. Due to their relatively high intrinsic value, the "new" coins would only gain popularity with the passage of time. In 1849, the provincial coins were officially taken out of circulation.

In 1901, the company was placed under the supervision of the Ministry of Finance, and in 1912 the mint officially became a company owned by the state. At the end of the German occupation during the Second World War, in 1944, coins were produced in the United States. This was necessary to ensure that there would be enough currency available after the liberation. In 1994 's Rijks Munt was renamed as De Nederlandse Munt NV. It became a company, 100% of whose shares were owned by the Dutch State. The queen awarded the company the prefix Koninklijk (Royal) five years later, and the company was now allowed to call itself De Koninklijke Nederlandse Munt (The Royal Dutch Mint).