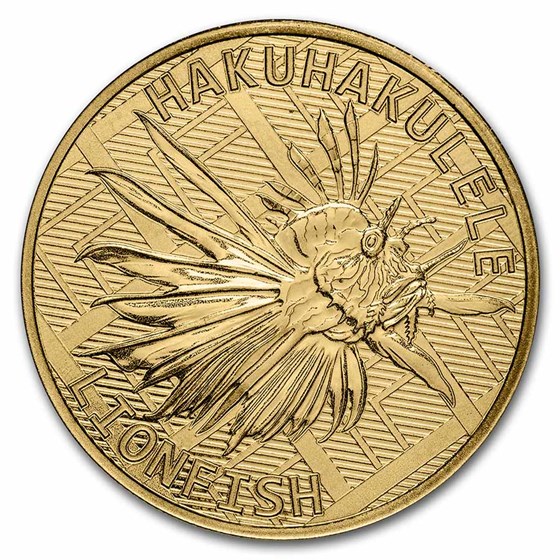 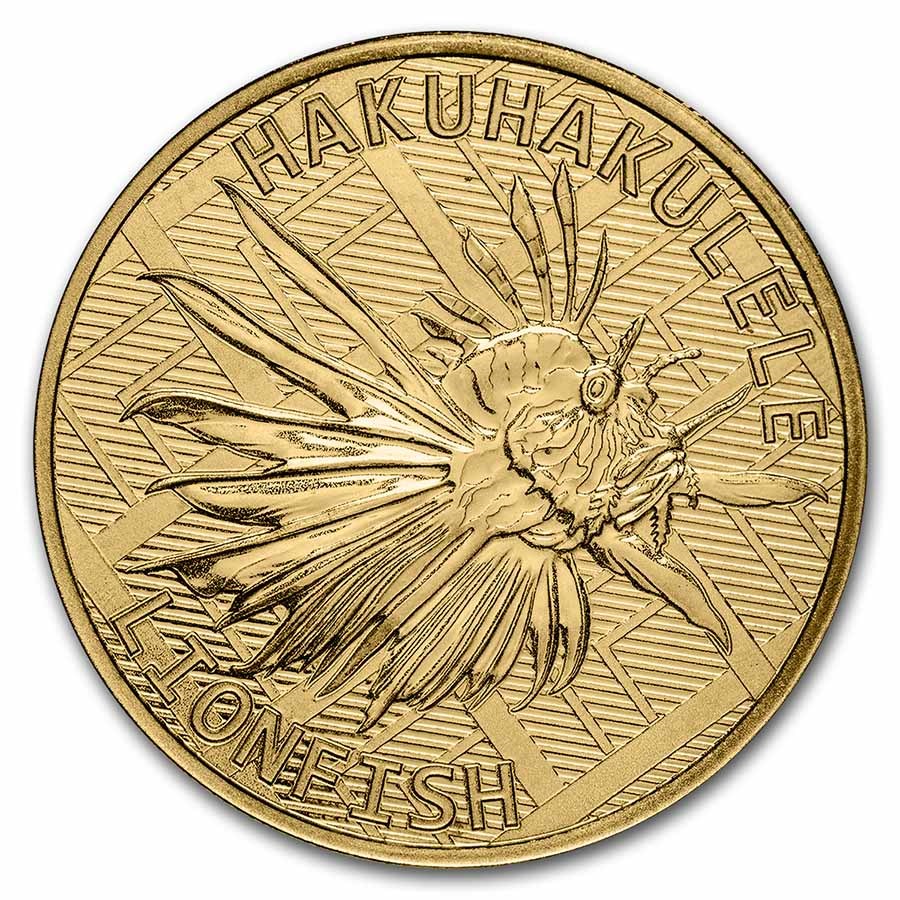 Product Details
Product Details
This APMEXclusive® has a limited mintage of only 100 coins worldwide and is the third issue of this popular series in 1 oz of .9999 fine Gold. This 2022 coin from the tropical New Zealand territory of Tokelau features a lionfish.

Protect your 1 oz Gold Lionfish, along with any other Gold coins and collections, by adding a home safe or lockbox to your order.

The lionfish is only the third design to be offered in Gold. Add this 2022 1 oz Gold Tokelau Fish Series: Lionfish coin to your cart today!

2022 Tokelau Fish Series: 1 oz Gold Lionfish
The Tokelau Fish Series began in 2014, quickly gaining popularity and recognition. In 2020, the program updated to include limited mintages and updated modern artwork and became a series exclusive to APMEX. The reverse design changes annually to feature a variety of species of fish, making this series even more popular and collectible. Along with the new designs, the program has now created Gold coins for the previous three releases, providing collectors with more options than ever before!

Tokelau
The country of issue, Tokelau, is comprised of three small coral atolls located in the South Pacific Ocean. Schools of fish are attracted to these isolated islands, including many different species like ruby snapper, yellowfin tuna, dolphinfish and sharks. In 2011, Tokelau declared 123,178 square miles to become a shark sanctuary. This sanctuary prohibits commercial fishing of all sharks and reduces shark mortality in its waters while causing an increase on all species of fish because they feel safer there due to the sanctuary status.