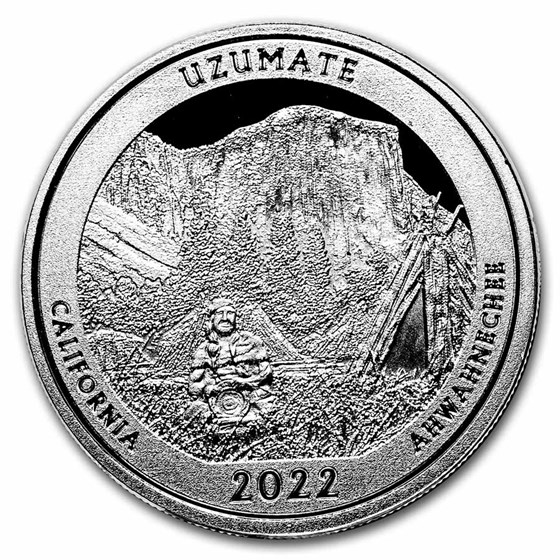 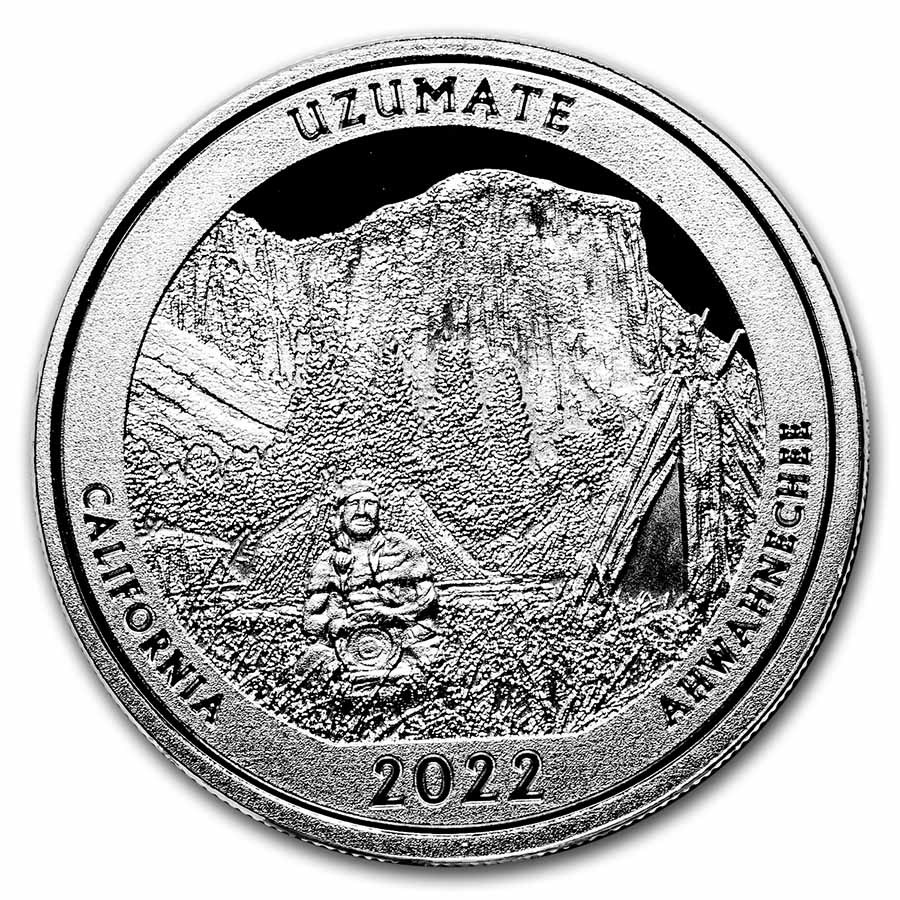 Collect them all! Add this 2022 1 oz Silver Native America the Beautiful Yosemite National Park coin to your cart today!

About Yosemite
The name Yosemite itself is from the Native American word "uzumate," which meant grizzly bear. The indigenous tribe that lived in the valley were called Yosemites by Caucasians and by other tribes because they lived in a place where grizzly bears were common and they were reportedly skilled at killing the bears. Yosemite Valley has been inhabited for nearly 3,000 years, although humans may have first visited the area as long as 8,000 to 10,000 years ago. The indigenous natives called themselves the Ahwahnechee, meaning "dwellers in Ahwahnee." Ahwahnee was their name for the area and translated to “big mouth.”