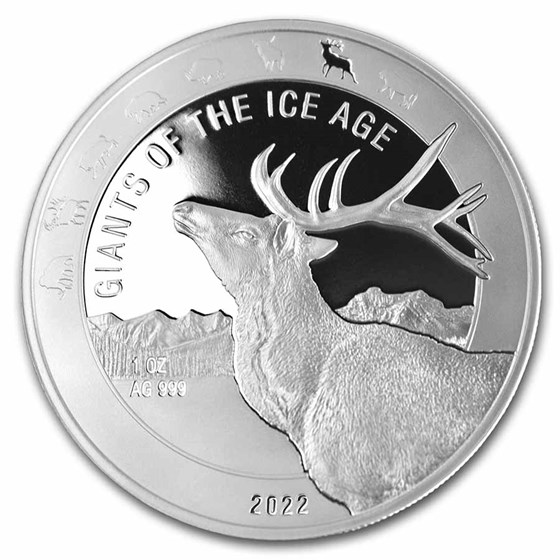 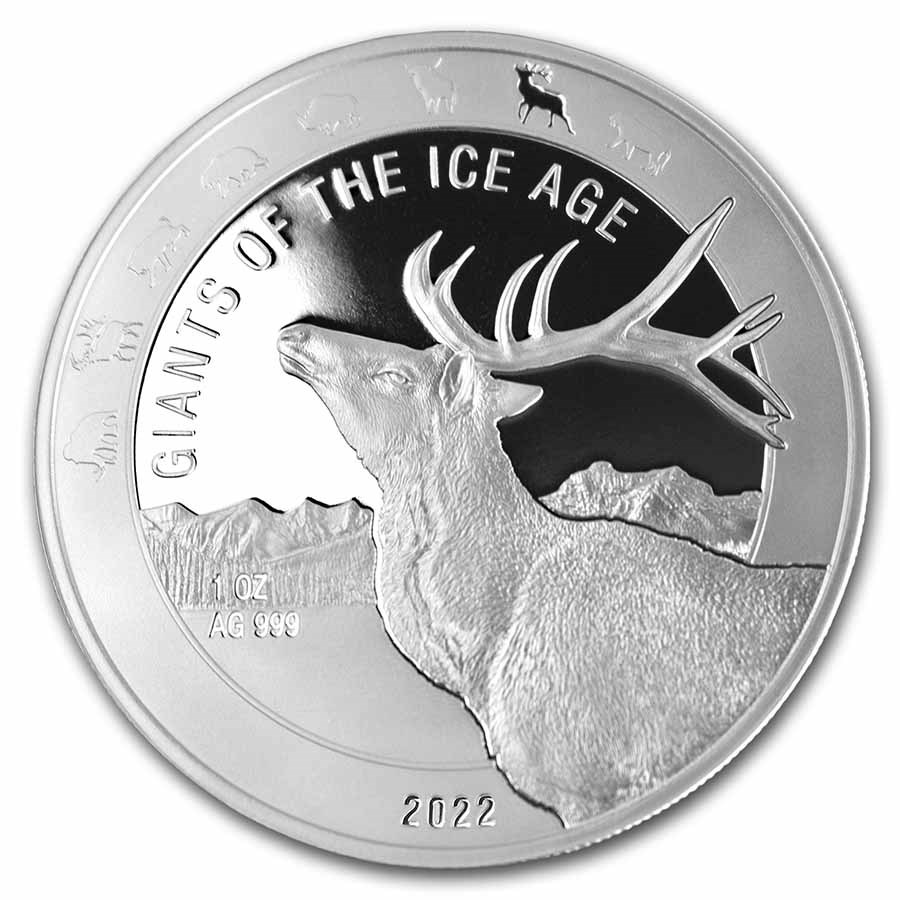 Product Details
Product Details
As low as $8.99 per coin over spot
Struck at the LEV - Leipziger Precious Metals Factory, this Giants of the Ice Age series will commemorate eight extinct animals of the Pleistocene Era. During this era, which ended about 11,700 years ago, the most recent Ice Age occurred.

Coin Highlights:
Protect your Silver Reindeer in storage from the adverse effects of moisture in the air by adding these silica gel packets to your order.

Don't miss the opportunity to own the seventh release of the impressive Giants of the Ice Age series. Add these limited mintage 1 oz Silver Reindeer coins to your cart today!

Giants of the Ice Age
The Giants of the Ice Age series commemorates the eight extinct animals which once roamed the earth during the last Ice Age, which took place during the Pleistocene Era. This release highlights the reindeer, also known as caribou, which are Holarctic deer found still today throughout Europe, North America and Asia. Due to their thick, woolly undercoat and stiff, long hairs, they are extremely well suited for the Arctic climates they reside in. Their remains that were found much further south prove their presence during the late Pleistocene Era as far south as Tennessee and Virginia, but as the glaciers receded, so followed the reindeer back north.