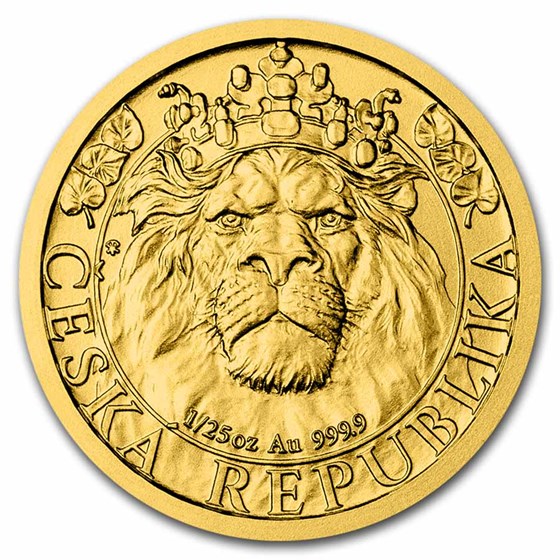 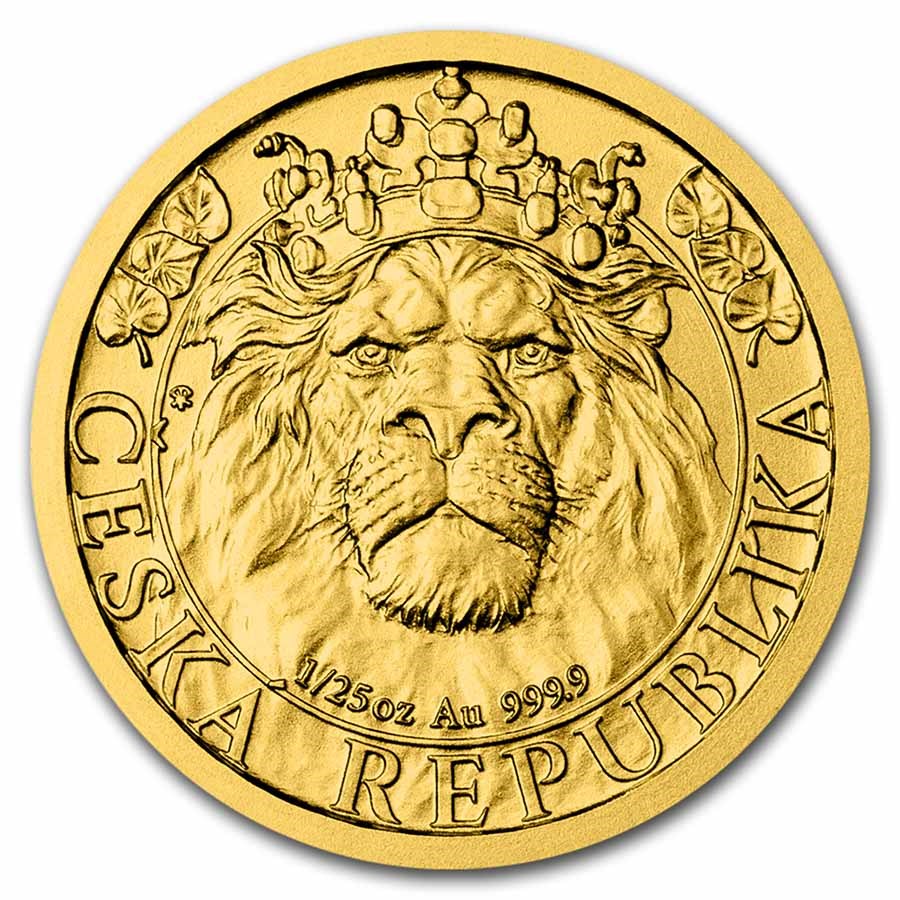 Product Details
Product Details
This is the sixth year for a bullion coin to be minted by the Czech Mint. This beautiful coin now features a brand new design. The 1/25 oz Gold coin is the smallest coin in this program.