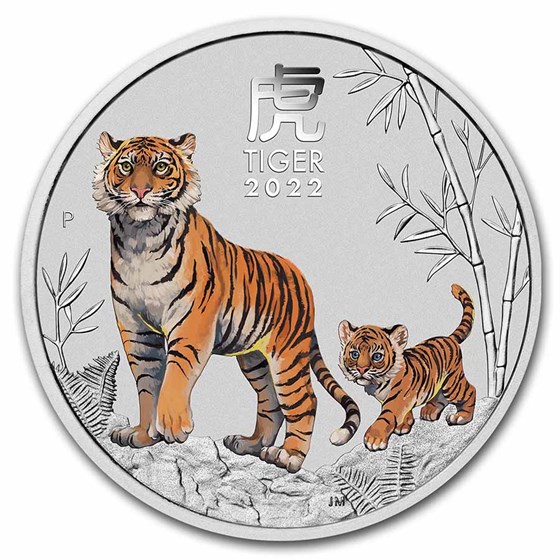 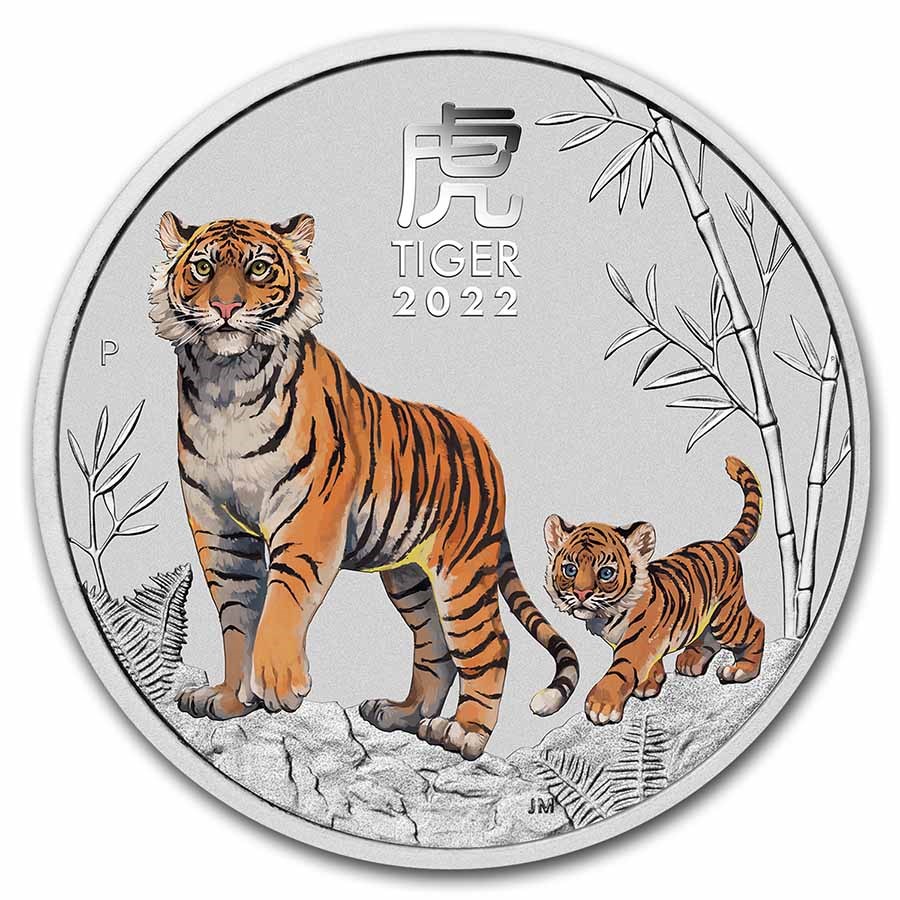 Product Details
Product Details
These magnificent Silver coins celebrate the year 2022 as the Year of the Tiger and are the third release in Perth's Lunar Series III. This coin also features color to enhance the design, and has a limited mintage of only 10,000 coins.

APMEX is an authorized distributor of Perth Mint products, allowing APMEX to get coins directly from The Perth Mint and pass them along to you. This Year of the Tiger coin would make a great addition to any lunar collection. Add this spectacular 2022-P 2 oz Silver Year of the Tiger colorized coin to your cart today!