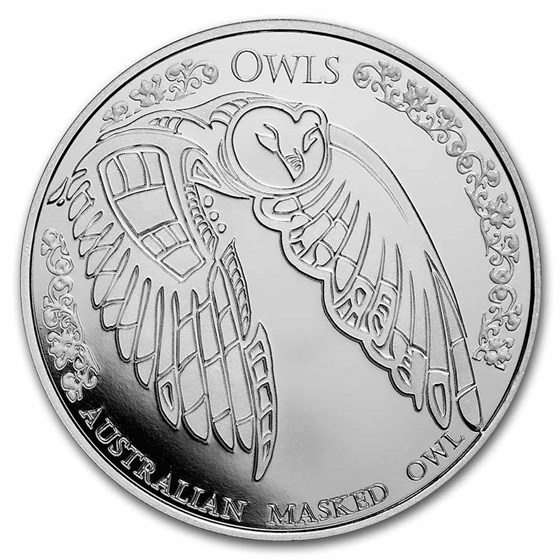 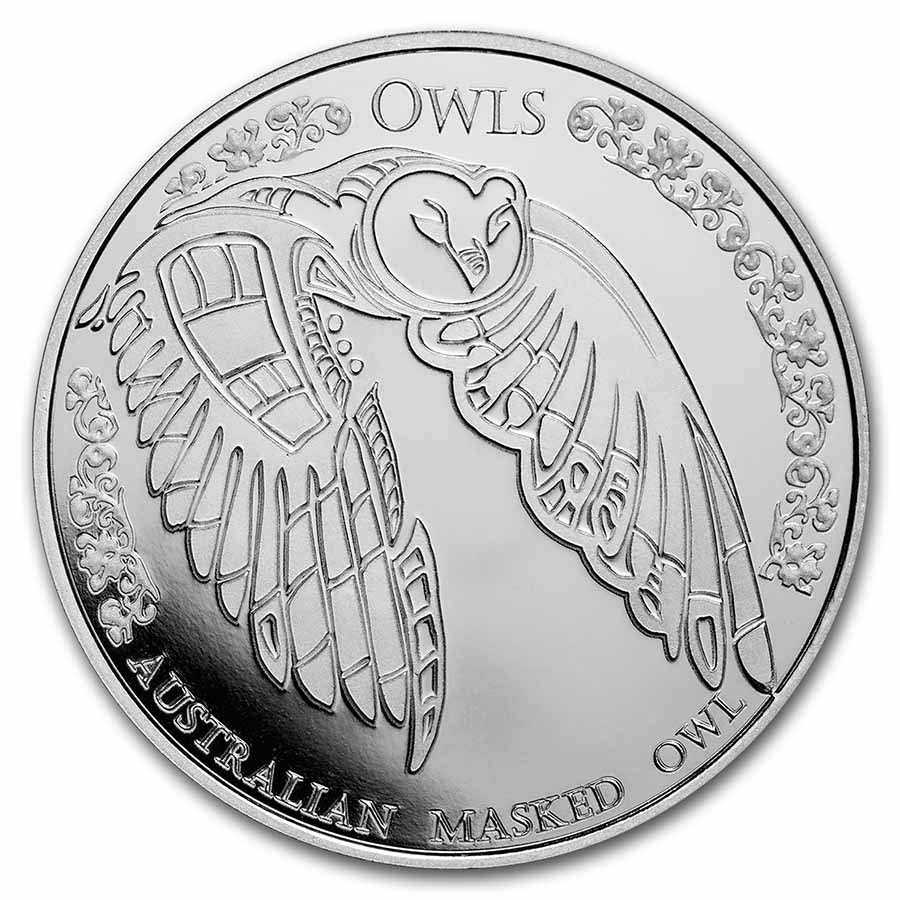 Product Details
Product Details
As low as $5.99 per coin over spot
This APMEXclusive® has a limited mintage of 5,000 coins and is the fourth in the Owls series. This 2022 1 oz Silver coin features an Australian masked owl.

The Australian masked owl is the fourth in the Owls series. Add this Silver Owl coin to your cart today!

Owls
Featured on the fourth coin in the series, the Australian masked owl is found in the woodlands and forests in southern Australia. They have a facial disc in the shape of a heart and are dark brown in color. The previous coins in the series were the great horned owl, northern pygmy and whiskered screech, and all coins sold out very quickly.

Tokelau
The country of issue, Tokelau, is comprised of three small coral atolls located in the South Pacific Ocean. Schools of fish are attracted to these isolated atolls, with a variety of fish species including ruby snapper, yellowfin tuna and dolphin fish. In 2011, Tokelau declared 123,178 square miles to become a shark sanctuary. This sanctuary prohibits commercial fishing of all sharks and reduces shark mortality in its waters.