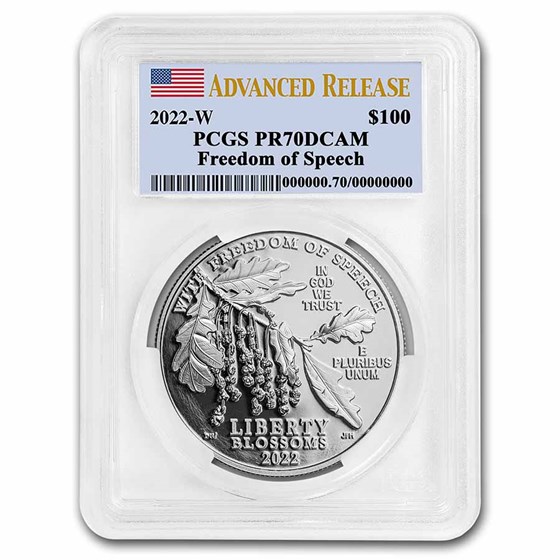 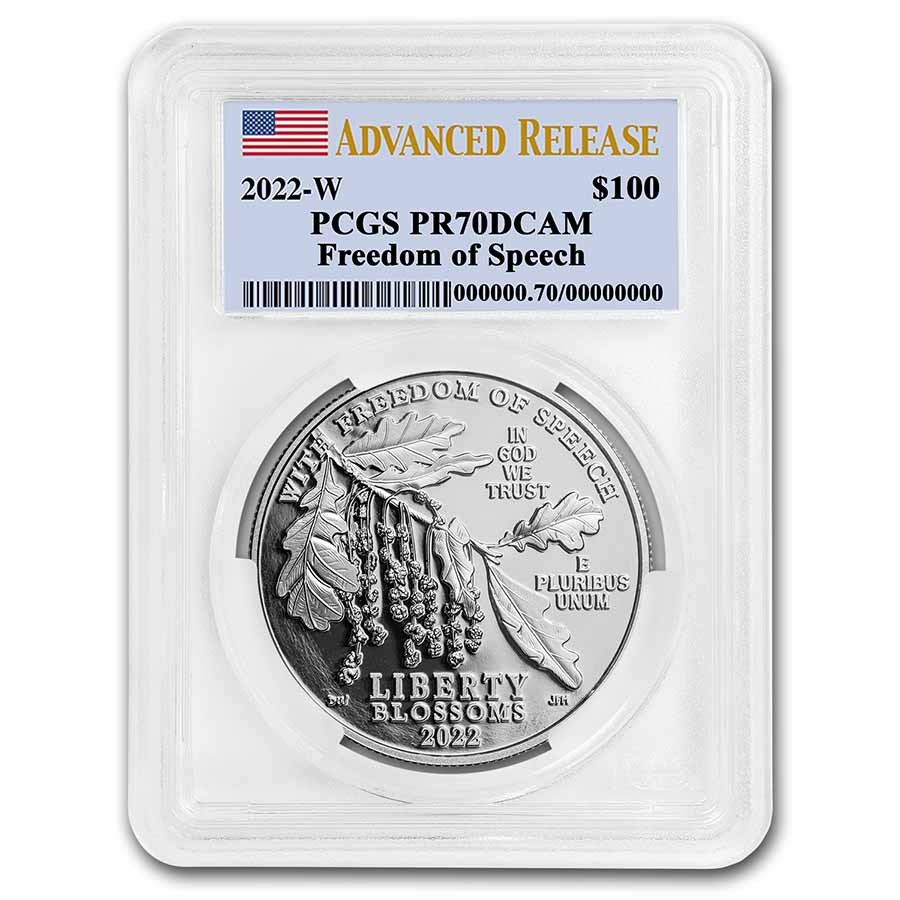 Product Details
Product Details
Only $2,395.00 per coin
Part of a series commemorating the freedoms enshrined in the First Amendment, the 2022 Proof Platinum Eagle celebrates Freedom of Speech, struck in .9995 fine Platinum. This coin is graded a flawless PR-70 by PCGS with the Advance Release designation.

One of the most popular designs in American coinage, the Proof Platinum Eagle changes yearly, adding to its bullion appeal. Add this beautiful 2022 1 oz Proof American Platinum Eagle coin to your cart today!

New Platinum Proof Series
The five-year series (2021-2025) will reflect on the five freedoms in the First Amendment – “Congress shall make no law respecting an establishment of religion, or prohibiting the free exercise thereof; or abridging the freedom of speech, or of the press; or the right of the people peaceably to assemble, and to petition the Government for a redress of grievances.”

Inspiration and Design
This series uses the life cycle of the oak tree from seedling to a mighty oak as a metaphor for our country’s growth as a nation that values freedom. Liberty grows to a thing of strength and beauty from a seed – our Bill of Rights. Each of the freedoms enumerated in the First Amendment contributes to the growth and development of the nation.