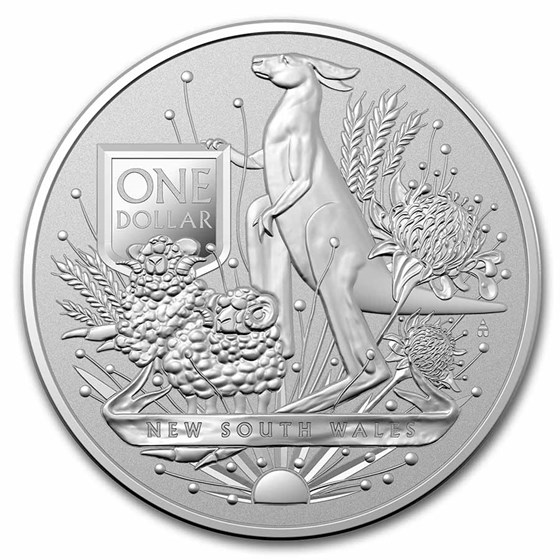 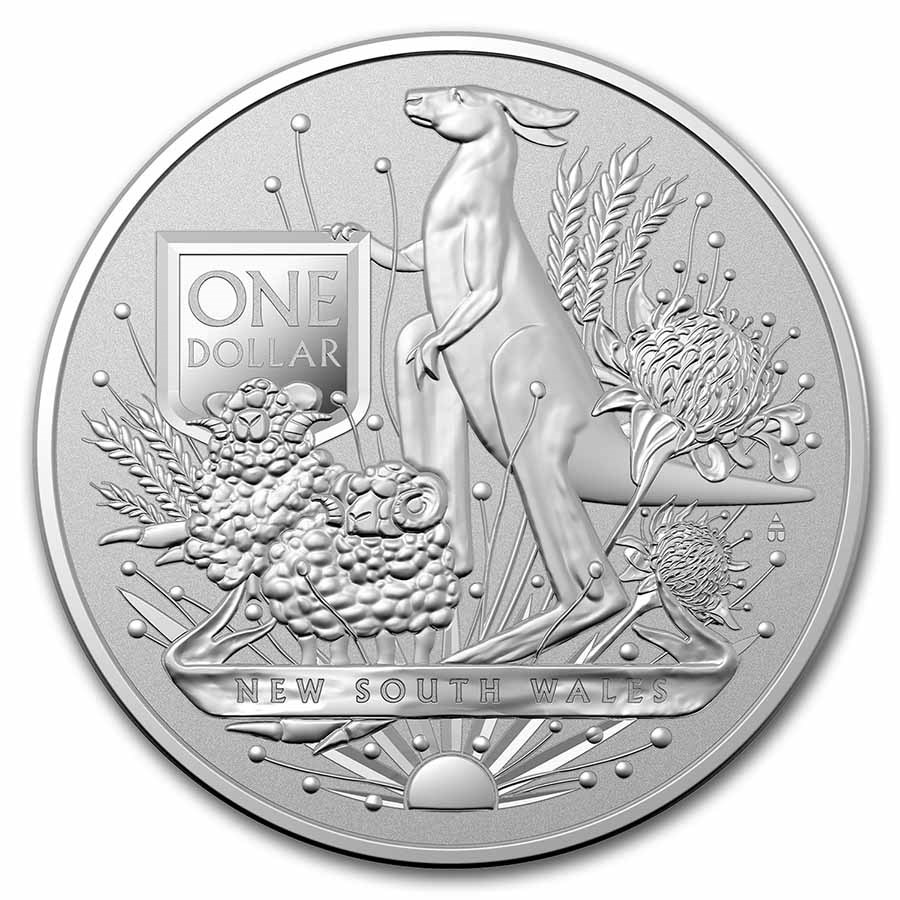 Product Details
Product Details
This .999 fine Silver coin is the second release of the Royal Australian Mint Coat of Arms series, inspired by the New South Wales coat of arms. There is a limited mintage of 50,000 coins in this 1 oz Silver size.

The Royal Australian Mint has come out with the second release of the popular coat of arms bullion series in 1 oz of .999 fine Silver, with an intricate design symbolizing the country's history. Add this beautiful 2022 1 oz Silver Coat of Arms BU coin to your cart today!

busy design but sure is pretty and very detailed

There is a lot going on in this design.

this is soooo much better in your hand than the picture. Love the detail in the flowers