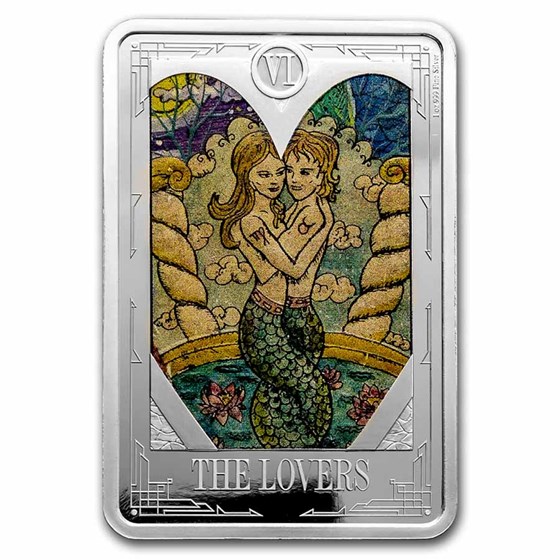 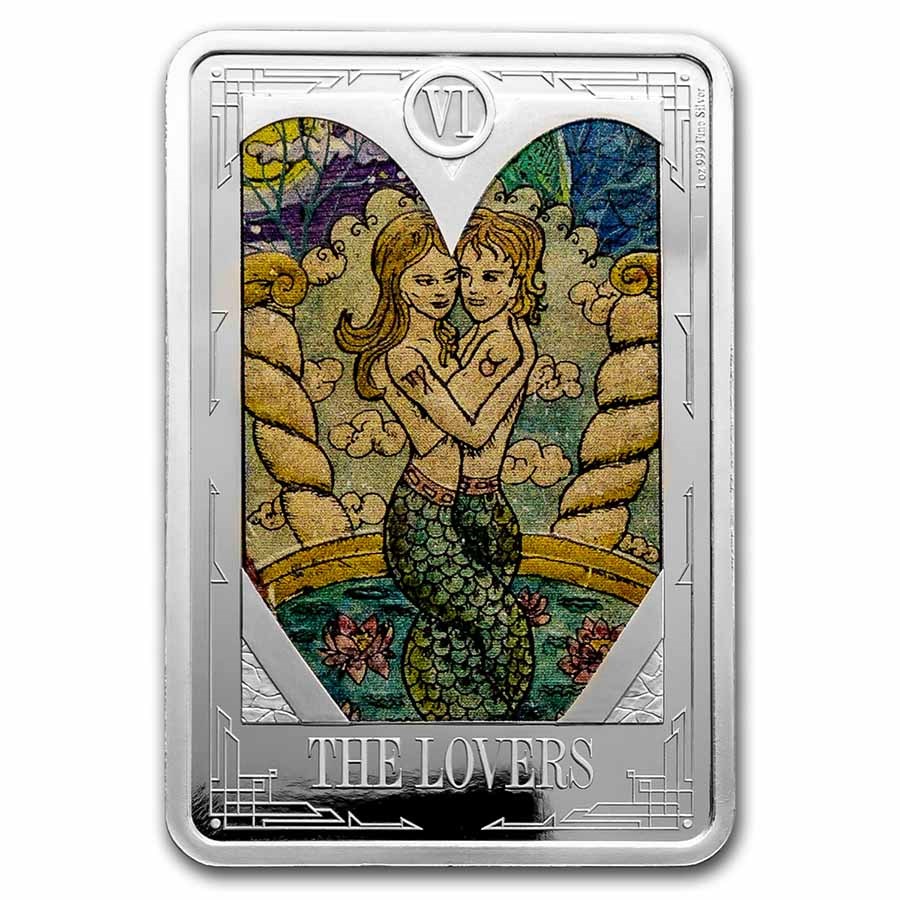 Product Details
Product Details
The Lovers features the seventh release in the Tarot Cards coin collection struck in 1 oz of Silver. The Lovers card is numbered six in the emblematic tarot cards known as Major Arcana. This card represents relationship choices and encourages a decision.

Coin Highlights:
Protect your tarot card coins from fingerprints by adding these cotton gloves to your order.

Be sure to grab this highly collectible coin immortalized in .999 fine Silver. Add this 1 oz Tarot Cards The Lovers coin to your cart today!

Tarot Cards
Tarot cards are actually playing cards. The conception of tarot for fortune-telling purposes uses the 22 cards in a tarot deck that are played as trump cards, which are referred to as the Major Arcana. The other 56 cards, which more closely resemble traditional playing cards, are referred to as the Minor Arcana. In fortune-telling, the 22 Major Arcana cards are shuffled and used to decipher some meaning about the life and future of the person whose fortune is being read. The 22 Major Arcana cards are the fool, the magician, the high priestess, the empress, the emperor, the hierophant, the lovers, the chariot, justice, the hermit, wheel of fortune, strength, the hanged man, death, temperance, the devil, the tower, the star, the moon, the sun, judgment and the world.