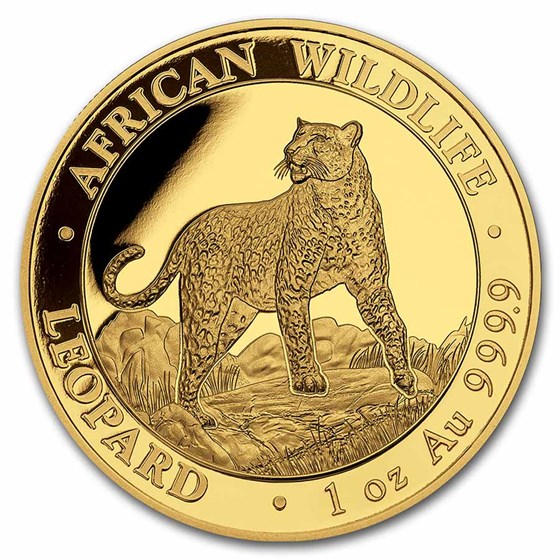 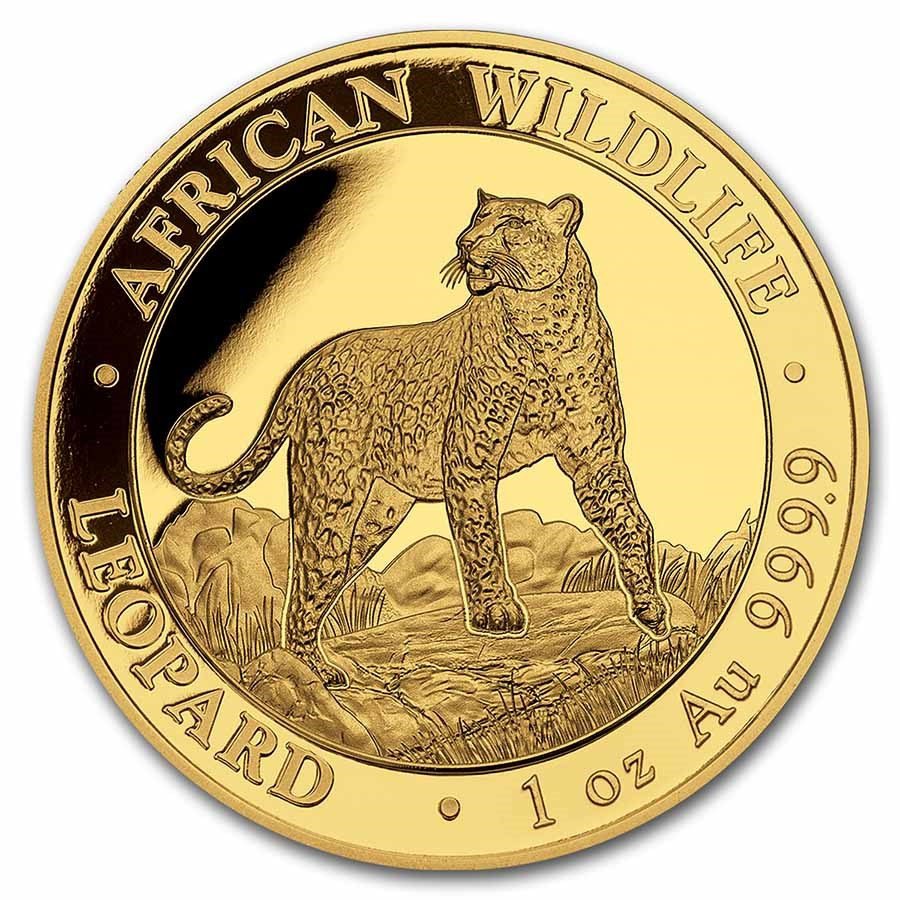 Product Details
Product Details
This North America APMEXclusive® has a mintage of 1,000 worldwide. This is the fifth coin depicting a leopard in the African Wildlife series.

Protect and display your coin in a stylish presentation box.

This swift-footed cat graces the reverse of each coin with a design that changes annually, making it desirable by collectors. Add this 2022 1 oz Gold Somalian Leopard coin to your cart today!

Leopard Series
The leopard coin is the second animal in the African Wildlife series, and like its elephant counterpart, it has gained popularity among investors and collectors every year. The first year of issue for the leopard was 2018, with a new reverse design coming out each year on this bullion coin. The leopard is always shown, but the design is depicted in a variety of settings and may include many leopards. Year of issue uniqueness is maintained by the pattern changes. The reverse depicts Somalia's coat of arms.

Bavarian State Mint
The Bavarian State Mint is the oldest company in Munich, at over 850 years old. The mint has a reputation for minting quality circulation coins and collector coins. The mint continues to rely on new methods and technologies, both in production and in the implementation of quality controls to be one of the finest mints.