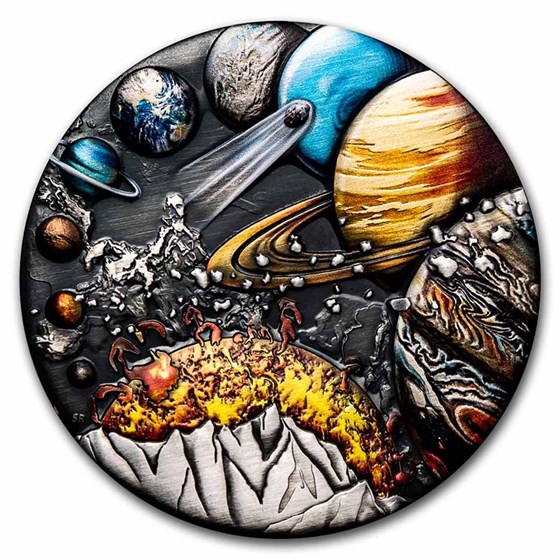 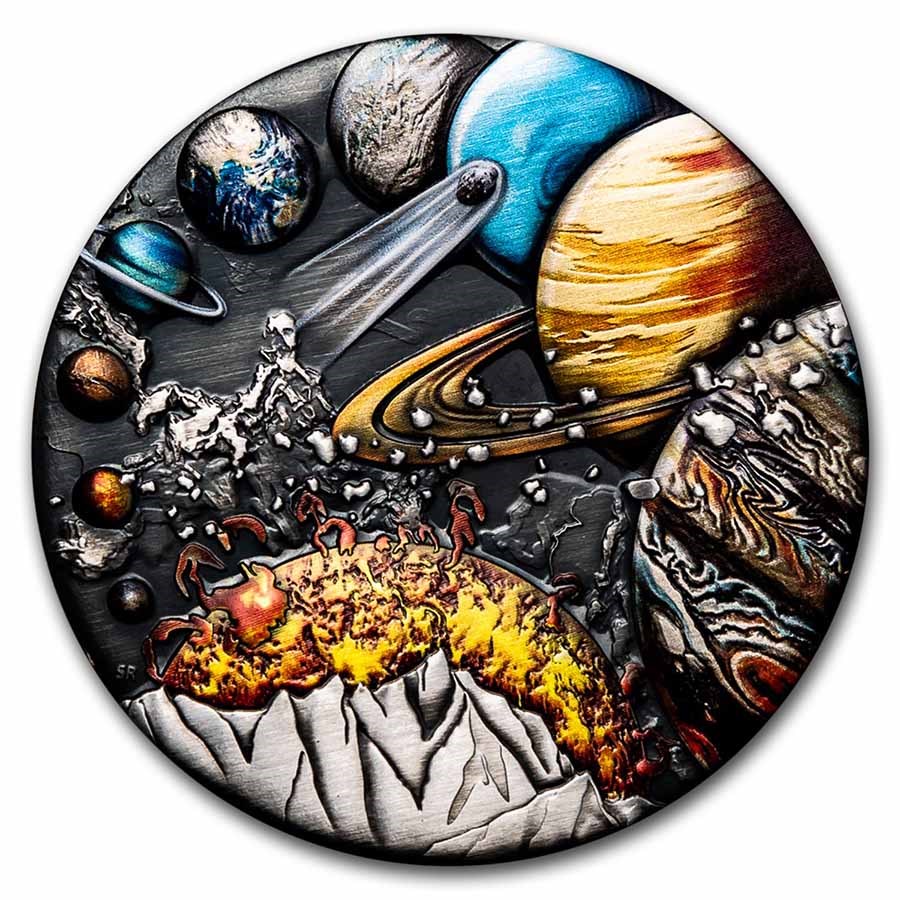 Product Details
Product Details
In terms of the infinite space we call the "universe," the solar system is Earth's backyard. Only a fractional part of the Milky Way - one of billions of observable galaxies - it is still inordinately large.

Don't handle your Silver coin with bare hands. To avoid fingerprints, add these cotton gloves to your order.

Add this incredible antiqued Planets of the Solar System coin to your cart today!

The formation of the solar system began 4.6 billion years ago when an interstellar cloud of dust and gas began collapsing in on itself. Over millions of years, increasing pressure and temperature at the core of this material led to the creation of a star we call the sun.

With the effect of gravity, matter spinning around the core began clumping together. The largest of these masses became the solar system's nine planets. Rocky versions, including the Earth, formed closest to the sun. Further away from the sun, gas and ice merged into four "gas giants" - huge planets composed primarily of hydrogen and helium.

The dwarf planet Pluto lies even more distant. Comprising a rocky core with an icy surface, it revolves around the sun at an average distance of 5.8 billion kilometers.

Perth Mint Commemorative Coins
APMEX carries many stunning Silver commemorative coins from The Perth Mint with exciting themes and unique finishes. Experience the animals of the outback with the Deadly and Dangerous Series or travel back in time to your favorite Western with classic John Wayne coins. Our assortment contains a range in sizes from 1/2 gram to 5 oz coins, making these Australian commemorative coins attainable for collectors of all budgets.