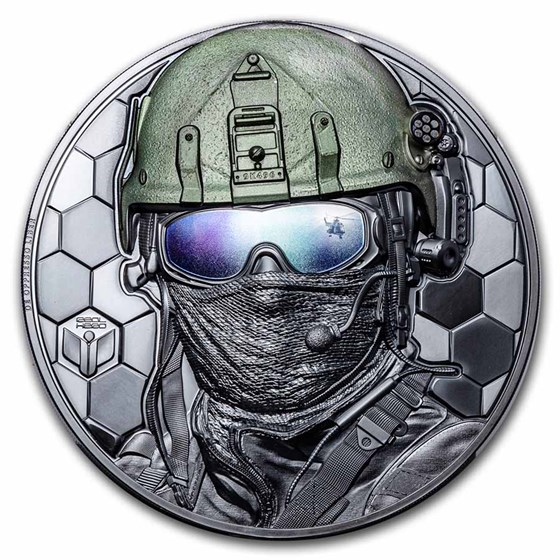 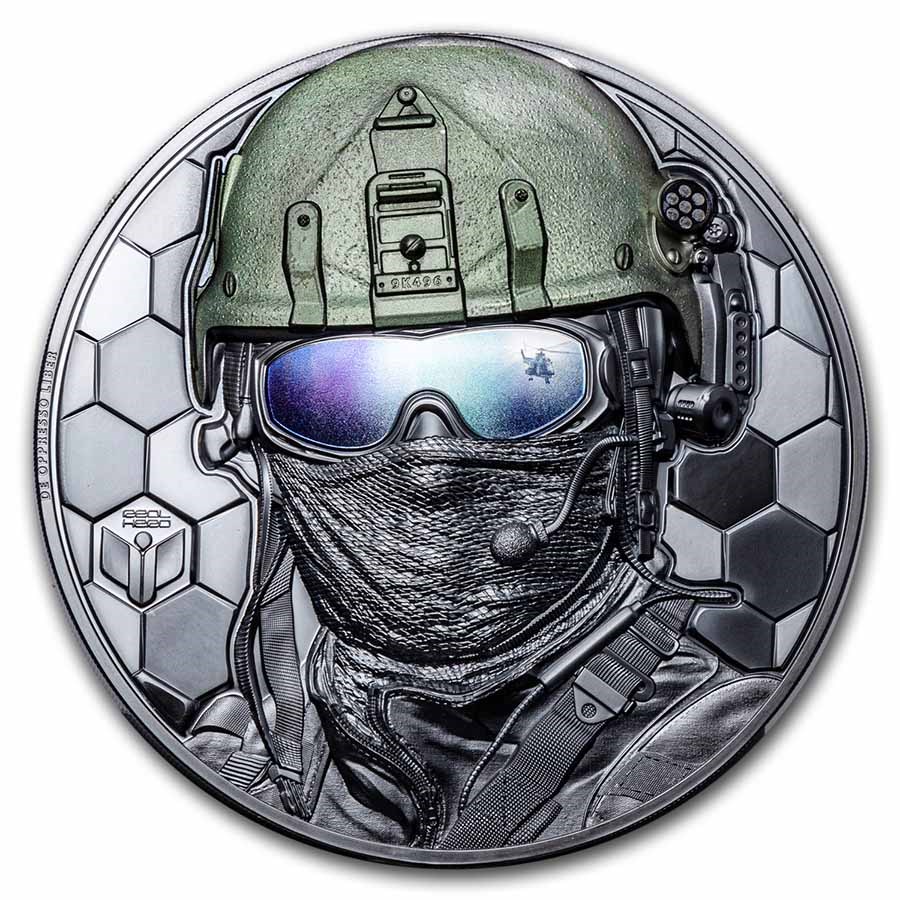 Your purchase is guaranteed to match the quality of the product shown. It will not be this exact item.
Product Details
Product Details
This stunning black Proof coin is a part of the third release in the "Real Heroes" series, paying tribute to those that serve in the military special forces. It has a limited mintage of only 99 pieces and it is sold out at the mint.

Real Heroes Series
This series honors individuals who have dedicated their passion, skills and lives to their jobs. The series began with the release of the Silver Fighter Pilot, which sold out in record time warranting a third release in three amazing elite versions.