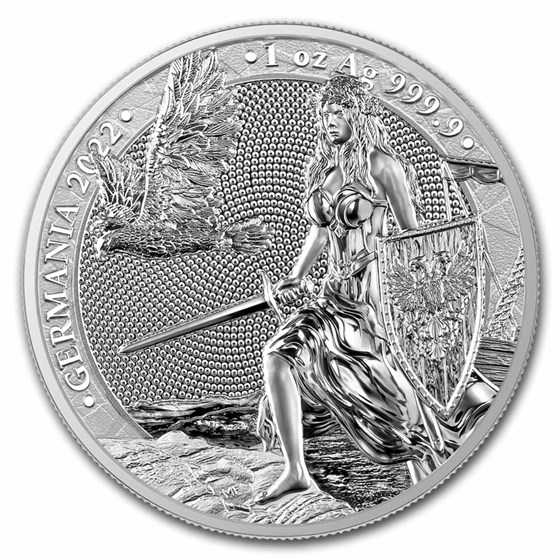 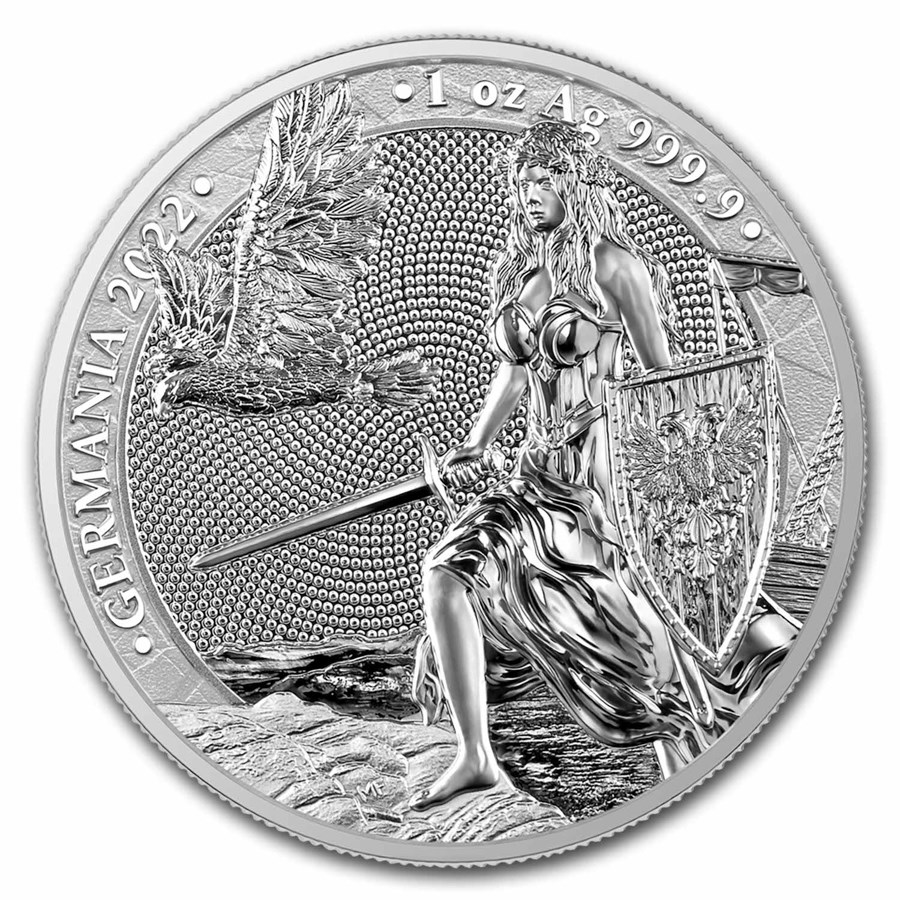 Product Details
Product Details
"Germania" is the Latin term for Germany, from which the name "Germany" is used in the English language today. The Germania Mint is introducing the highly-anticipated fourth release in its limited mintage flagship series with the Germania 2022 round.

The Germania Mint
The Germania Mint offers the newest installment of its flagship series, which incorporates several historically significant elements beloved by fans as well as some interesting modifications to the series. This 2022 release features five different Silver products of varying sizes. This includes the 1 oz Silver BU, 1 oz Silver Proof, 2 oz Silver BU, 1 kilo BU and the 10 oz BU.

The reverse has the primary bicephalous eagle (two-headed eagle), a Roman mythology figure that represents Janus - the god of all beginnings, guardian of doors, gates, pathways and bridges, the sponsor of agreements and unions. Its two heads face the opposite direction, symbolizing the past and the future.

The laurel wreath is a sign and prize for victory in an equal fight that is inseparably linked with success and outstanding accomplishments. It was awarded to athletes in ancient Greece, and the head of a victorious commander was crowned during his martial triumph by the Romans.