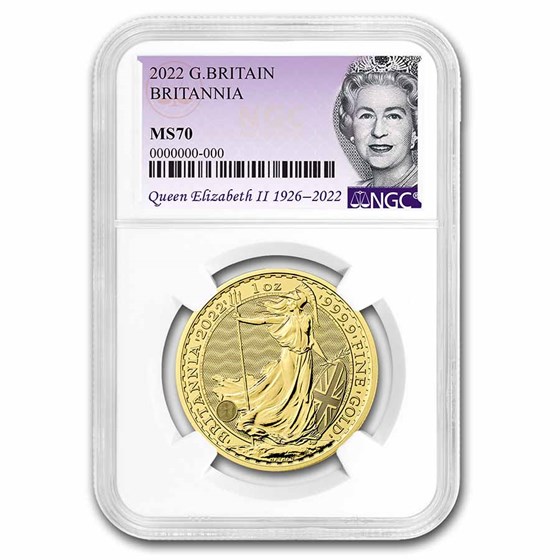 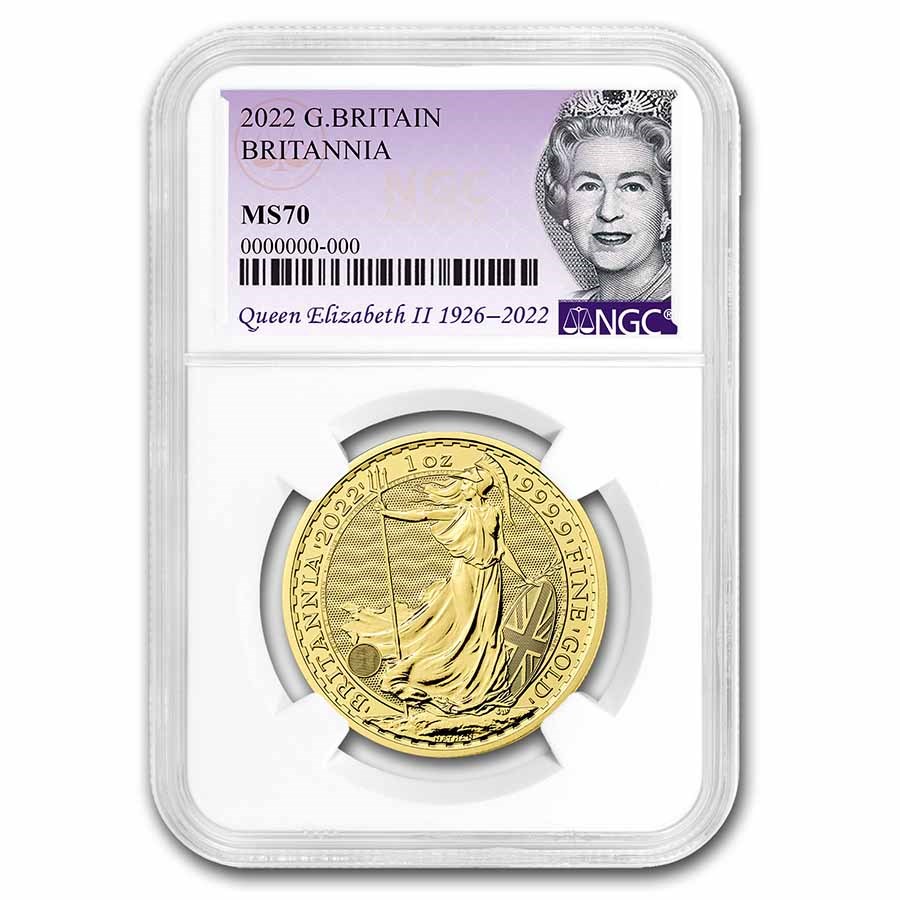 Product Details
Product Details
Only $3,695.00 per coin
This special encapsulated Britannia from NGC has been released to celebrate the life and legacy of Her Majesty Queen Elizabeth II in honor of her 70 years of service to the United Kingdom and the Commonwealth.

First struck in 1987, the Gold Britannia coin became an instant classic. Today, it marks one of the flagship coins of The Royal Mint and one of the most popular bullion products. These coins have been NGC certified MS-70 and feature a special label commemorating Her Majesty's life of service and charity.

Celebrating the Life & Legacy of Her Majesty Queen Elizabeth II
Her Majesty inherited the throne at just 25 years old and reigned for the following 70 years. As the longest reigning monarch, Queen Elizabeth's status as head of state remained a constant source of strength through times of uncertainty. She led through post-war hardships, the transition from Empire to Commonwealth, the end of the Cold War, and the United Kingdom's admission to and out of the European Union. She reformed the monarchy, making strides to engage the public with walk abouts, royal visits and attendance at public events. Perhaps it was this level of engagement and strength of character that Her Majesty is most remembered for. While celebrating her Platinum Jubilee in June of 2022, Her Majesty said, "I know of no single formula for success. But over the years I have observed that some attitudes of leadership are universal and are often about finding ways of encouraging people to combine their efforts, talents, their insights, their enthusiasm, and their inspiration to work together." Queen Elizabeth II did much to inspire unity in her 70-year reign. She was beloved and her loss is felt worldwide.