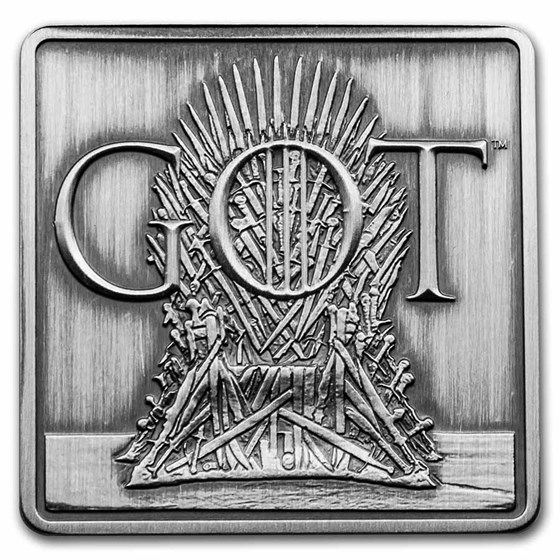 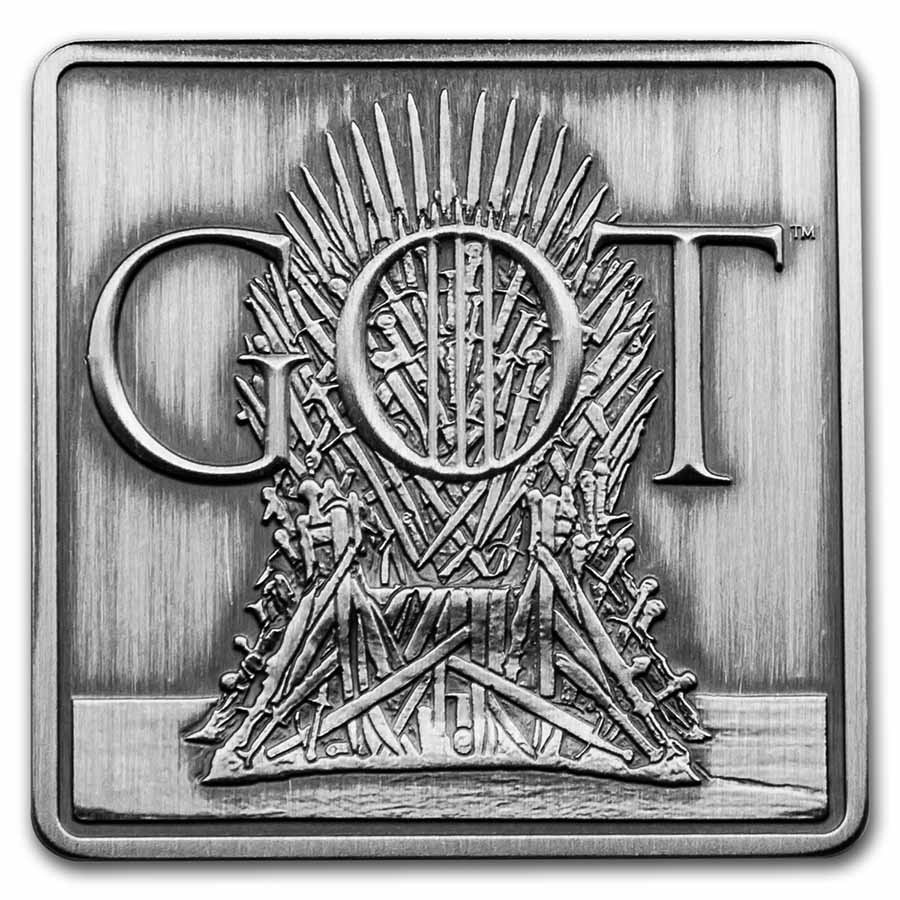 Be sure to grab this highly collectible medal immortalized in .999 fine Silver. Add this 1 oz Silver Game of Thrones: Iron Throne medals to your cart today.

Game of Thrones
George R.R. Martin's bestselling Game of Throne's novels brought to life the amazing world of Westeros with well written characters scheming and plotting for power alongside a unique and more plausible take on magic and fairytale creatures. This War of the Roses meets Lord of the Rings was adapted into the critically acclaimed series on HBO that focused heavily upon the palace intrigue and deadly political games played by the major noble houses of the land of Westeros after the downfall of the monarchy.