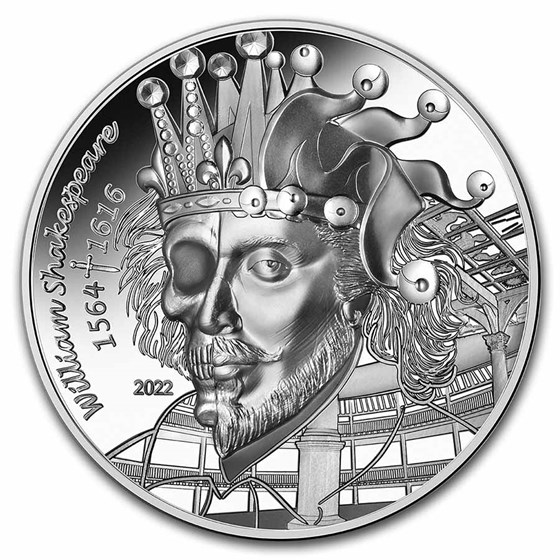 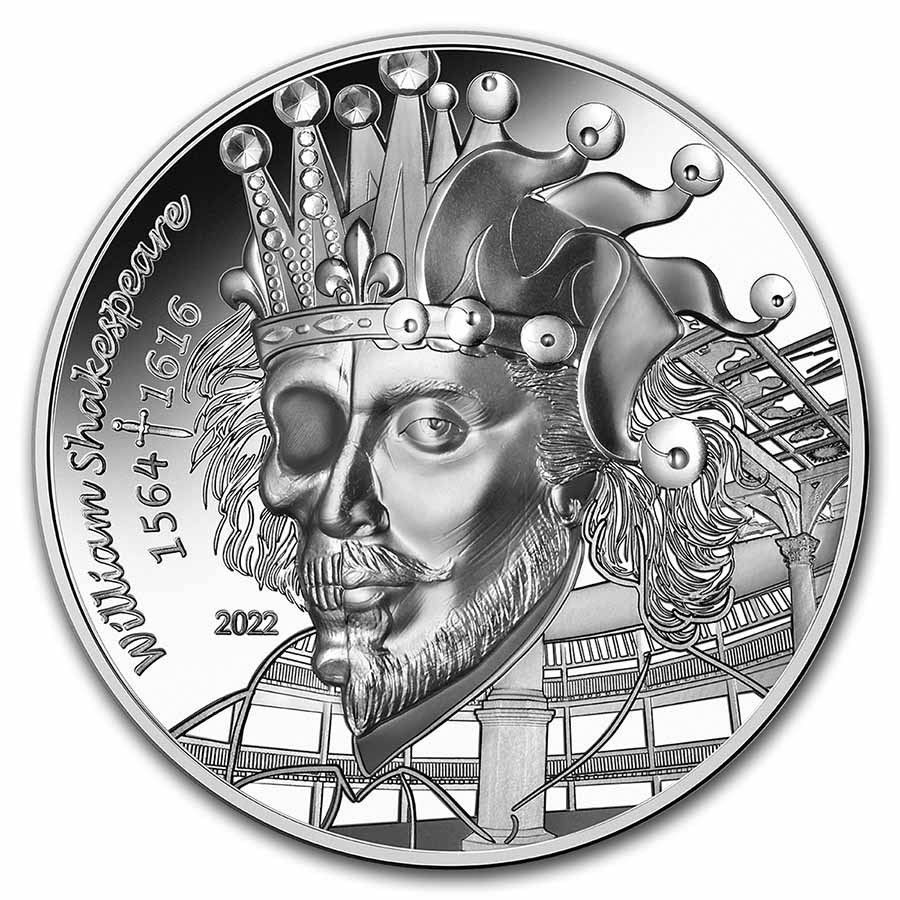 Product Details
Product Details
Monnaie de Paris pays tribute to the theater with Shakespeare, one of the most famous and celebrated writers in the world.

Coin Highlights:
Protect your Monnaie de Paris capsules from fingerprints by adding these cotton gloves to your order!

This Silver coin would be a great addition to any collection. Add this 2022 1 oz Silver €20 The Art of the Pen (Shakespeare) coin to your cart today!