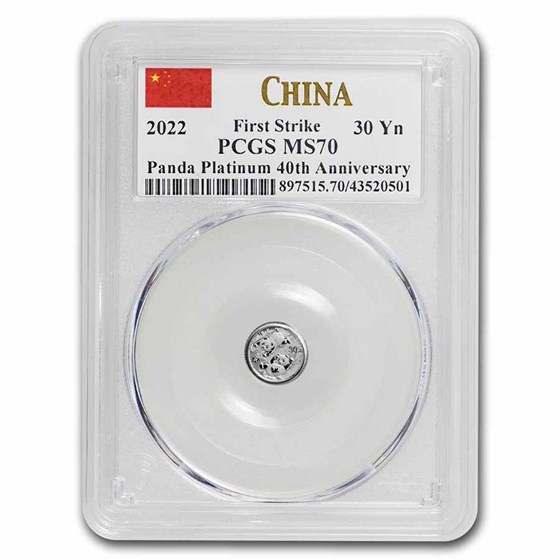 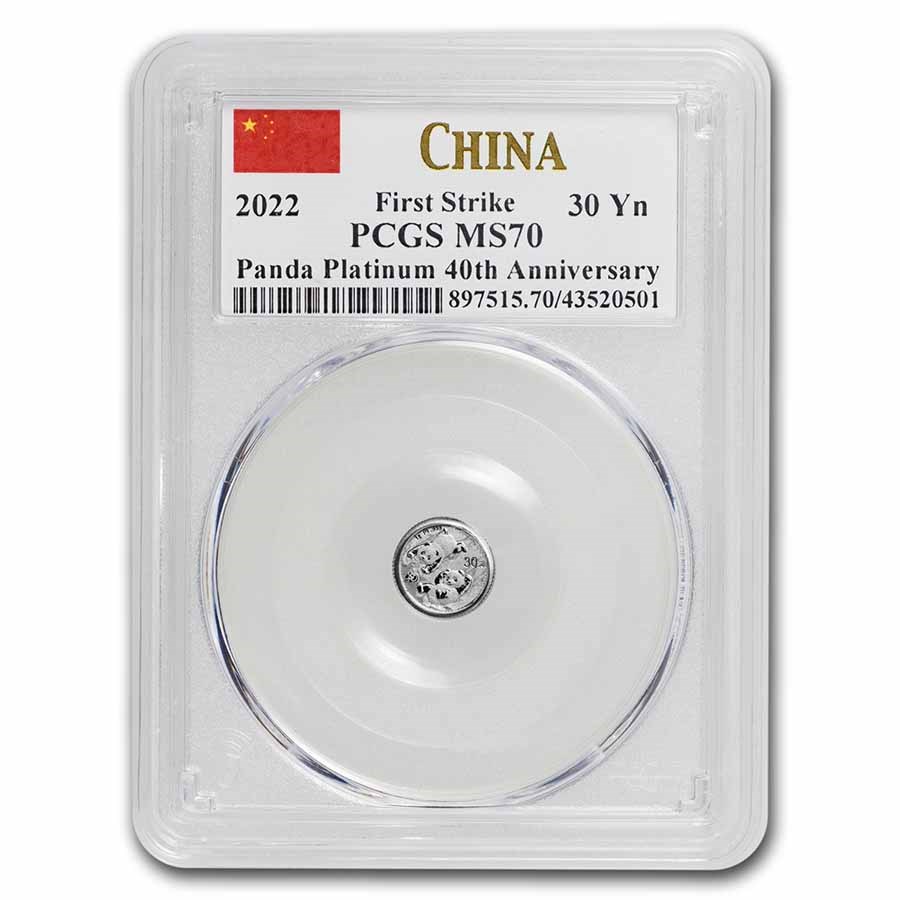 Your purchase will match the quality of the product shown.
Product Details
Product Details
Only $194.99 per coin
This Platinum coin is a great addition to the popular Panda series. The mintage is only 100,000 and less than 10% are available for the international market.

Protect your Gold Panda in storage from the adverse effects of moisture in the air by adding these silica gel packets to your order. You can also protect your new investments by storing in one of our safes.

Pandas
The first Platinum coin minted since 2005 includes a special 40 privy mark, celebrating the 40th anniversary of the Panda coin.The Gold Pandas were first minted in 1982 in 1 oz, 1/2 oz, 1/4 oz and 1/10 oz coins. In 1983, they introduced the 1/20 oz sized coins. Some years also include 5 oz and 12 oz Gold coins. In 2016, The People’s Republic of China began minting Gold Pandas in the metric system sizes to better suit the international appeal of the coins. Each year, the design of the panda changes, making them highly collectible. The only year they did not change design was 2002, which used the same design as 2001. Collectors spoke up about this halt in the design changes, and the annual design changes resumed in 2003.

The People’s Republic of China issues and guarantees the quality of each Gold Panda coin. Gold Panda coins are minted from several mints each year. Those mints include but are not limited to Beijing, Shenzhen, Shanghai and Shenyang. Unlike the U.S. Mint, these Chinese mints do not incorporate mint marks to distinguish the difference between each mint every year. Some years such as 1987 do feature a “Y” mint mark or “S” mint mark. The mints are also known for having minor differences in the design of the coin such as font size, small date, large date and designs of the temple in certain year’s mintages. With the annual change in design, and unique mint variations, the price of Gold Pandas has appreciated over time, making them highly sought after by collectors and investors.

To add to their collectibility, the People’s Republic of China issues specialty designed Gold Panda coins for coin expositions. These designs usually feature similar panda designs with extra scrollwork or other design-enhancing features along with the exposition's name and variations in the Hall of Prayer for Abundant Harvests designs. These coins tend to be an exclusive purchase at the event, but can sometimes be found to purchase by the public.