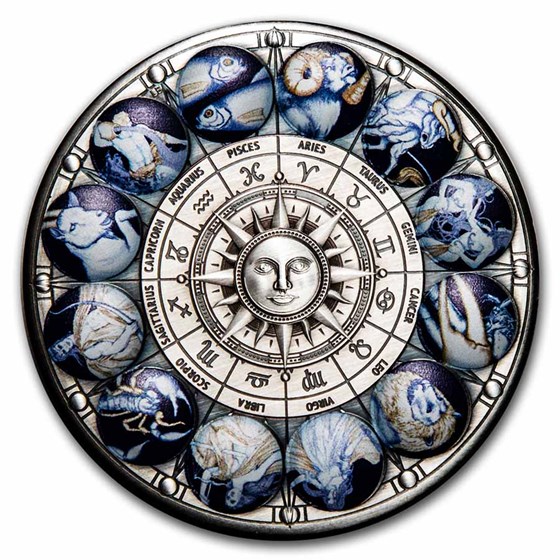 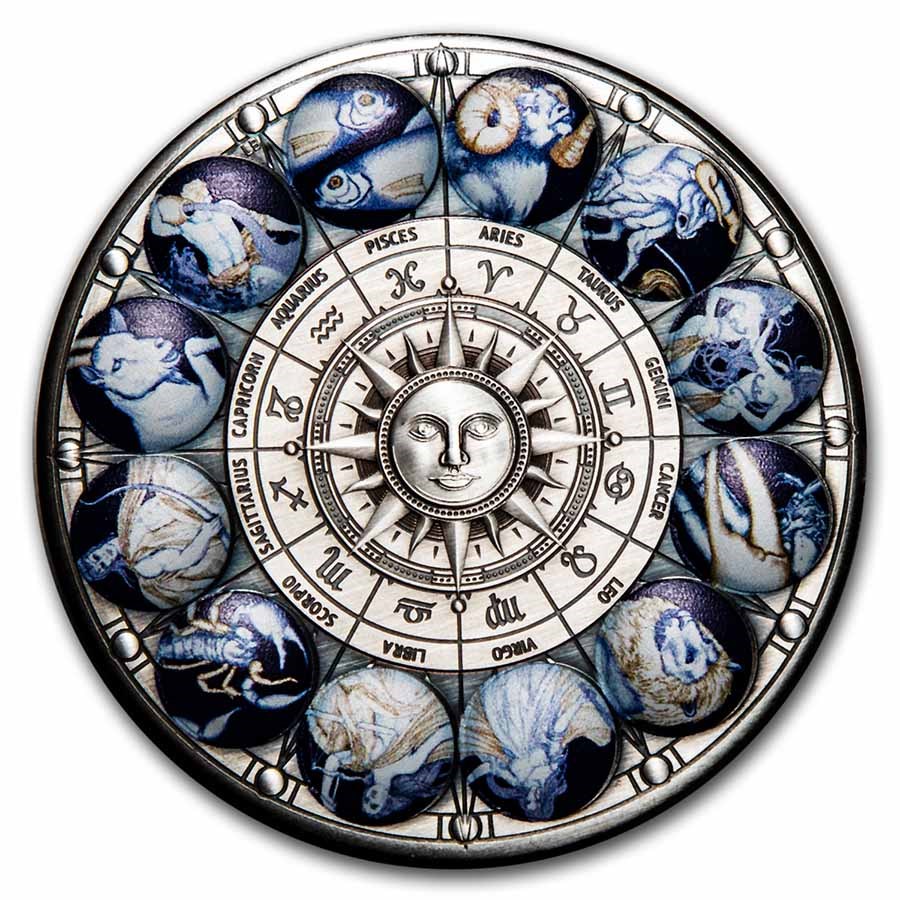 Product Details
Product Details
With their names derived from Greek or Roman mythology, the signs of the zodiac represent the 12 constellations central to Western astrology.

Early civilizations believed that the stars, Sun, Moon and planets had an influence on earthly affairs. Observing the night sky over the course of a year, the Babylonians identified 12 different patterns of stars through which the Sun appeared to travel. The roots of astrology lay in the idea that an individual’s character and fate was somehow linked to the arrangement of these celestial bodies at the time of their birth.

Coin Highlights:
Don't handle your Silver coin with bare hands. To avoid fingerprints, add these cotton gloves to your order.

Add this incredible antiqued Signs of the Zodiac coin to your cart today!

The respected Greek astronomer Ptolemy gave the concept scientific respectability in the 2nd century AD when he codified many pre-existing astrological beliefs. He described the zodiac (meaning ‘circle of little animals’) as comprising the 12 constellations, matching them with the month of their apparent ascendancy:
To Ptolemy, this ever-changing movement of the stars and planets created atmospheres to which Earth’s inhabitants were sensitive, an idea which continues to resonate with many people to this day. Closely associated with the signs of the zodiac, a horoscope (derived from the Greek words Ora and scopos meaning ‘time’ and ‘observer’) is a chart of the heavens at a precise point in time – such as someone’s birthdate. Astrology interprets the meaning of the chart to explain aspects of the individual’s personality and predict future events.

Perth Mint Commemorative Coins
APMEX carries many stunning Silver commemorative coins from The Perth Mint with exciting themes and unique finishes. Experience the animals of the outback with the Deadly and Dangerous Series or travel back in time to your favorite Western with classic John Wayne coins. Our assortment contains a range in sizes from 1/2 gram to 5 oz coins, making these Australian Commemorative coins attainable for collectors of all budgets.