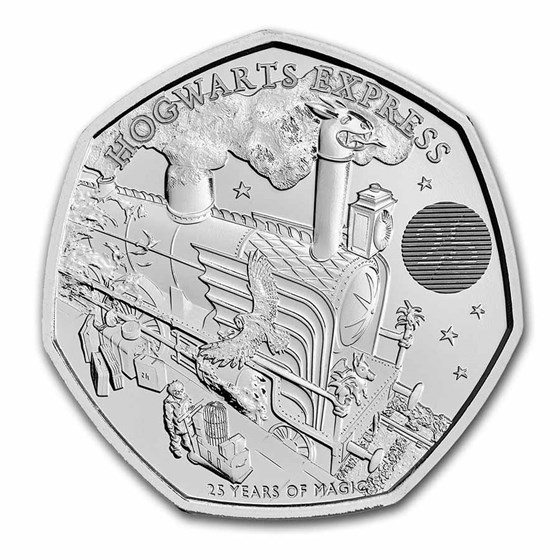 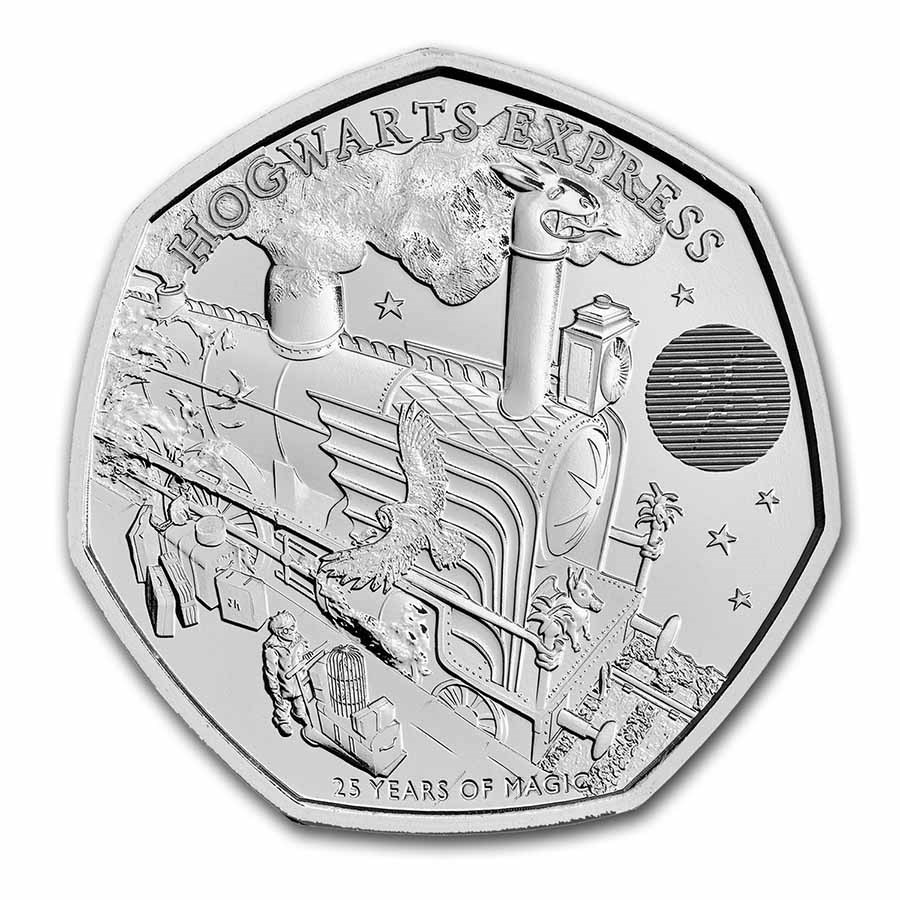 Hogwarts
In this, the second release in this four coin series, Ffion Gwillim used the original illustration of artist, Jay Kelly to design the reverse of Hogwarts Express. This coin boasts a beveled rim. Additionally, this coin has a latent feature that displays a lightning bolt and the number 25, commemorating the 25th anniversary of the book's publication. The fields of the reverse feature a whimsical star design and "25 YEAR OF MAGIC" written adjacent to the rim. Made in partnership with Bloombury Publishing, The Blair Partnership and Warner Bros. Entertainment Inc.