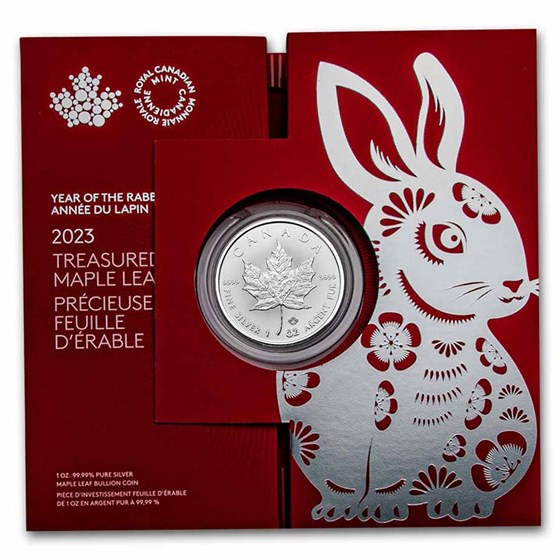 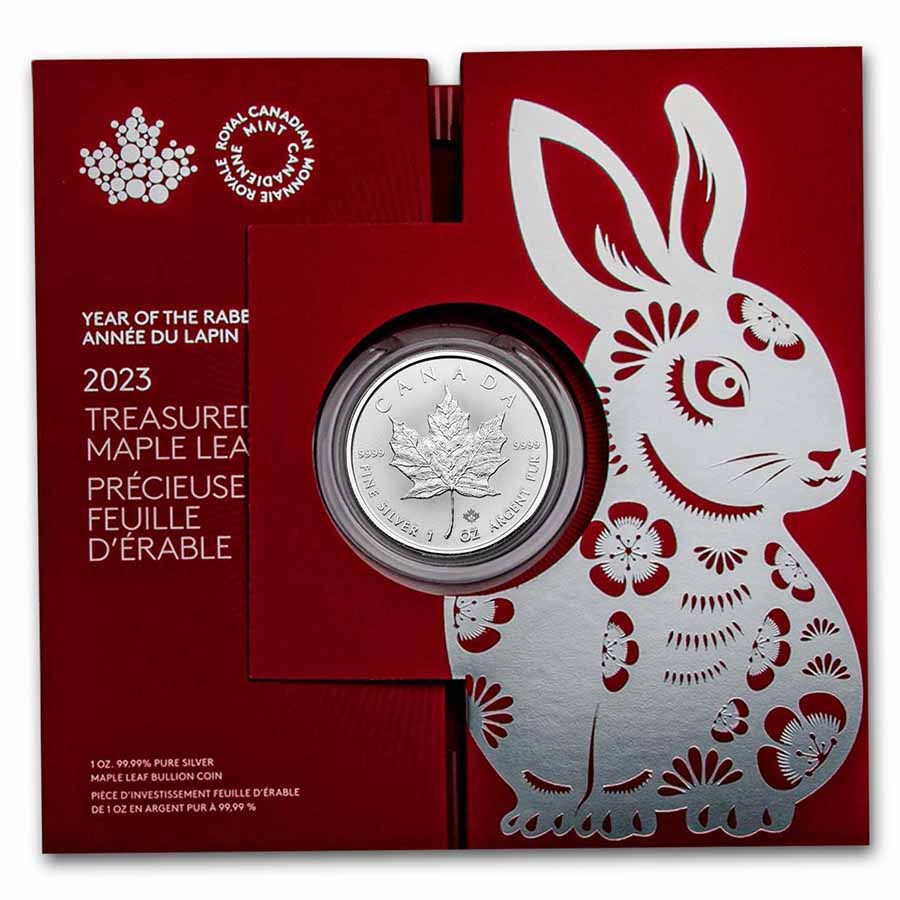 Add this 2023 Treasured Silver Maple Leaf Year of the Rabbit coin to your cart today!