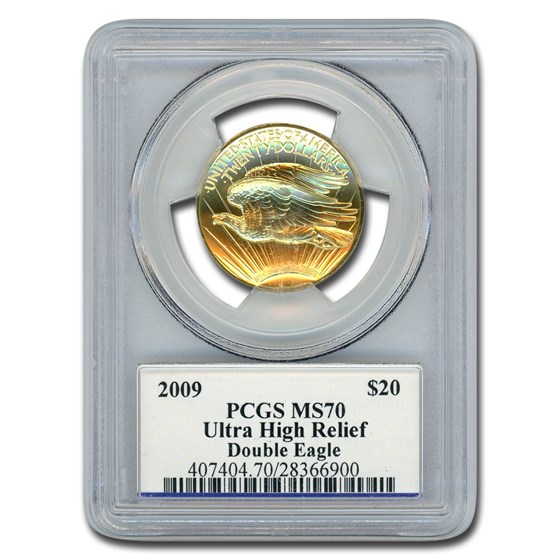 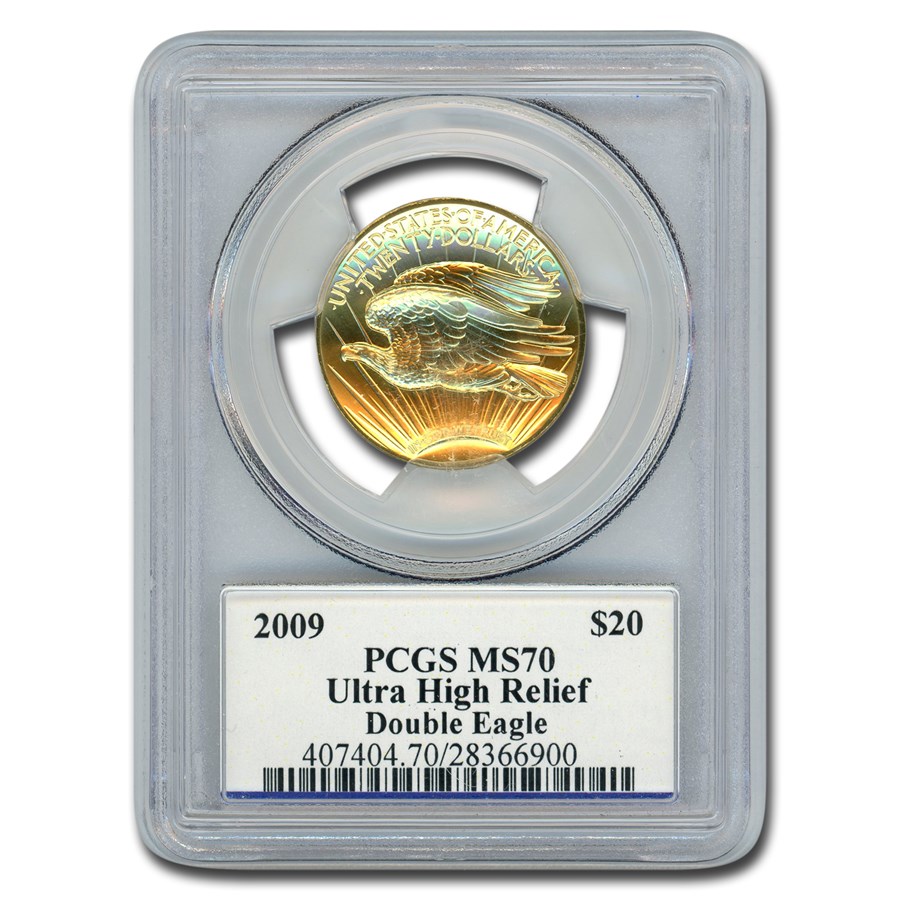 The product pictured is the exact product you will receive.
Product Details
Product Details
The thick planchet of this coin allows Saint Gaudens' famous design to be struck in high relief, giving this coin a stunning appearance. This coin, certified a perfect 70 by PCGS, features a label hand-signed by former U.S. Mint Director Edmund Moy.

As was common, mint Director George Roberts took a couple of specimens of normal and small diameter experimental pieces back to Washington. He gave one pair to mint Auditor (and former Director) Robert Preston, and kept one pair for himself after showing the pieces to the president. About a year later, new mint Director Frank Leach learned about the EHR experimental small-diameter pieces from mint collection curator T. Louis Comparette. The curator, who had no expertise in experimental coinage or law, convinced Leach that the small-diameter $20 pieces were illegal. This information led Leach to demand the return and destruction of all fifteen pieces. The last one to be returned was reluctantly surrendered by Charles Barber! Barber had eight EHR Double Eagles in his personal collection when he died. With all 15 accounted for, Leach permitted two examples to be kept for the mint collection; the rest were melted.