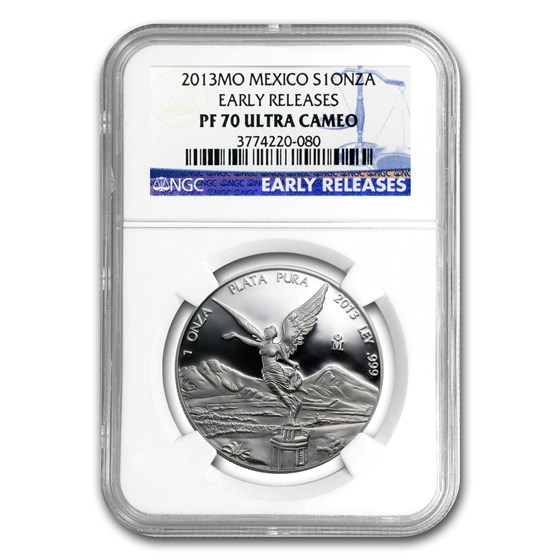 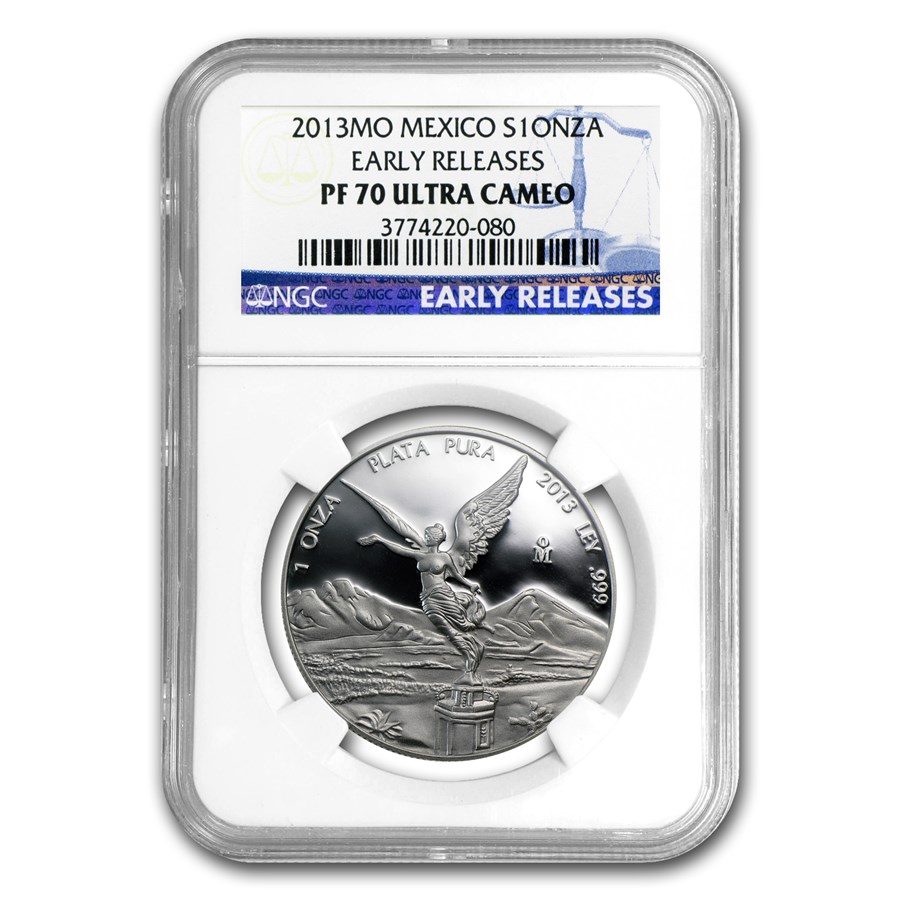 Your purchase is guaranteed to match the quality of the product shown. It will not be this exact item.
Product Details
Product Details
This 2013 1 oz Proof Silver Libertad Proof coin carries on the rich and proud tradition of the beloved Proof Libertad series that began in 1983. This coin is certified to be in perfect Proof-70 condition with Early Release designation, guaranteed by NGC.

Protect and display your Silver Libertad in style by adding an attractive display or gift box to your order.

This magnificent Proof Silver coin is a popular choice not only because of its attractive design, but also its mintage at Casa de Moneda de México, the oldest mint in North America. Add this NGC-certified 2013 1 oz Proof Silver Mexican Libertad coin to your cart today!

Always buy graded Libertads, they increase in value without exception. In my experience at least.

With in 6 months the coin has milk spots

I have been watching what perfect 70 coins have done when it comes to holding or increasing in value...and I just had to start investing in them. Great looking little peices of art.....that might just help with my retirement some day. Yes they are at a bit of a premium but, well worth it if you ask me....and of course APMEX's service is excellent.