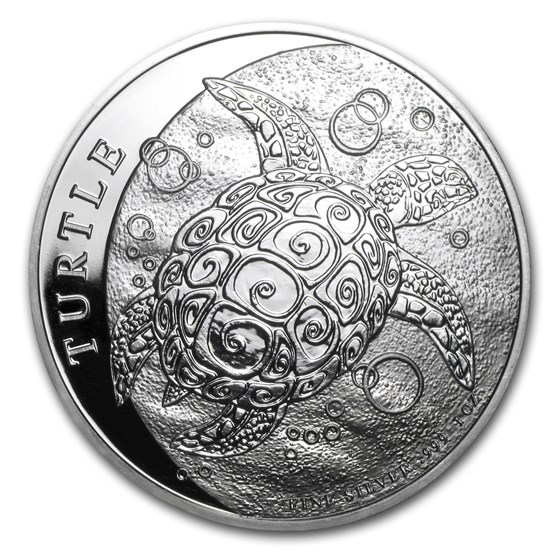 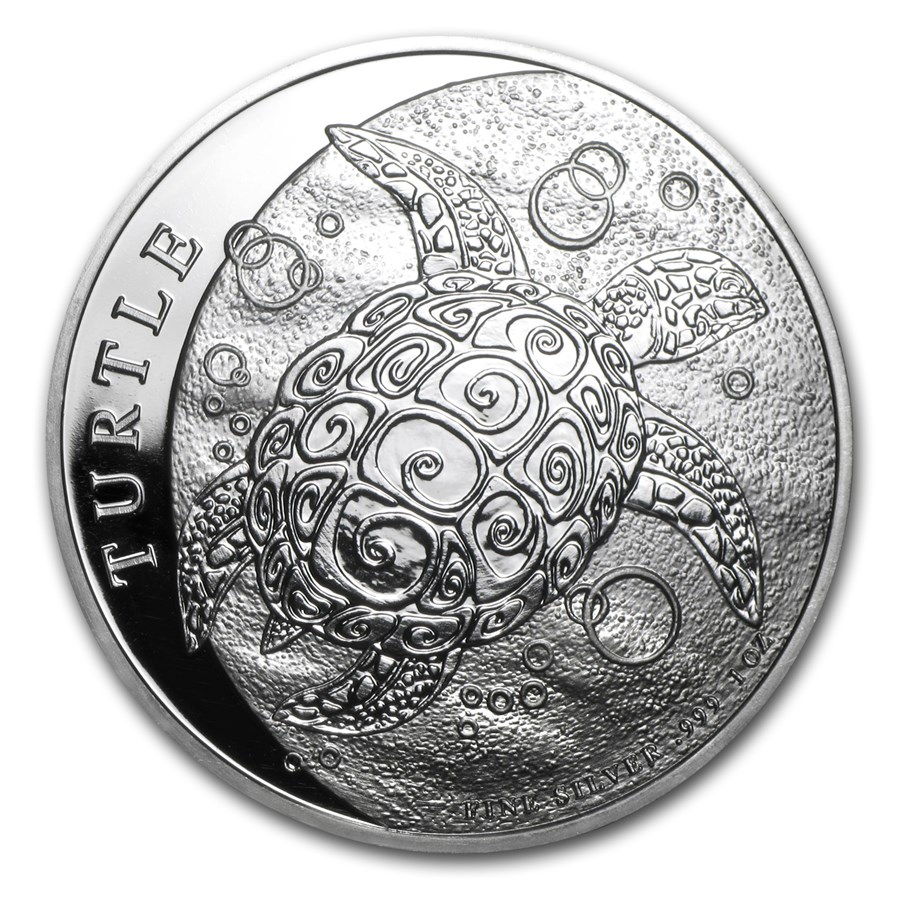 $41.11
As Low As
Product Details
Product Details
This coin is a continuation of the Silver Taku series from the New Zealand Mint that has grown tremendously popular in its brief existence. The coin combines the appeal of 1 oz of pure Silver with an elegant design that captures the beauty of the ocean.

With a sleeker design and low mintages for bullion, these coins tend to move very quickly. Add this 2014 edition of the Hawksbill Turtle to your cart today!

This is a beautiful coin in perfect condition for a great price! I may buy more as gifts.

The complete series is very affordable

I was thrilled to add this to my collection, its truly a beautiful coin!

Appropriate Christmas gift for my significant other. Her nickname is "Turtle."

I bought this coin for my daughter in law who saw it in my collection and wanted one. She and loved it and wants other countries. A collector is born.

DREAM OF THE HAWKSBILL

Spectacular looking one ounce coin struck in .999 pure silver. The obverse side features a Hawksbill turtle swimming in relief against a sandy grainy bottom surrounded by circular air bubbles. The shell of the Hawksbill is done in a stylized motif in the shape of an oblong spiral. The finish is specular and brilliant exactly what one would want in an uncirculated mint coin. This is a gorgeous coin to own and dream of owning more.

I love the design of the front of this coin but could do without the image of the queen. Regardless, the coin I received was not minted properly on the back of the coin since there are places where the coin is raised around the queen's face where it should be flat. I already put my coin in its capsule and noted in my order notes that I wanted items that are in "mint condition" which must have little meaning to APMEX even though following my instructions could have saved both them and myself money, frustration, and time assuming I'm able to make my exchange.

This is a great looking coin. Everybody should at least add one to their collection. I also have the 5 oz and you just can't go wrong with the design. My wife loves it. Like always Apmex delivers fast and in great condition.

This coin is exceptionally beautiful. I will therefore, continue to collect this series.