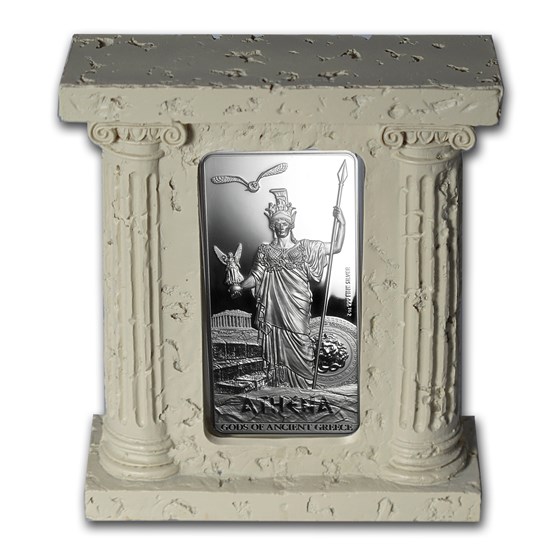 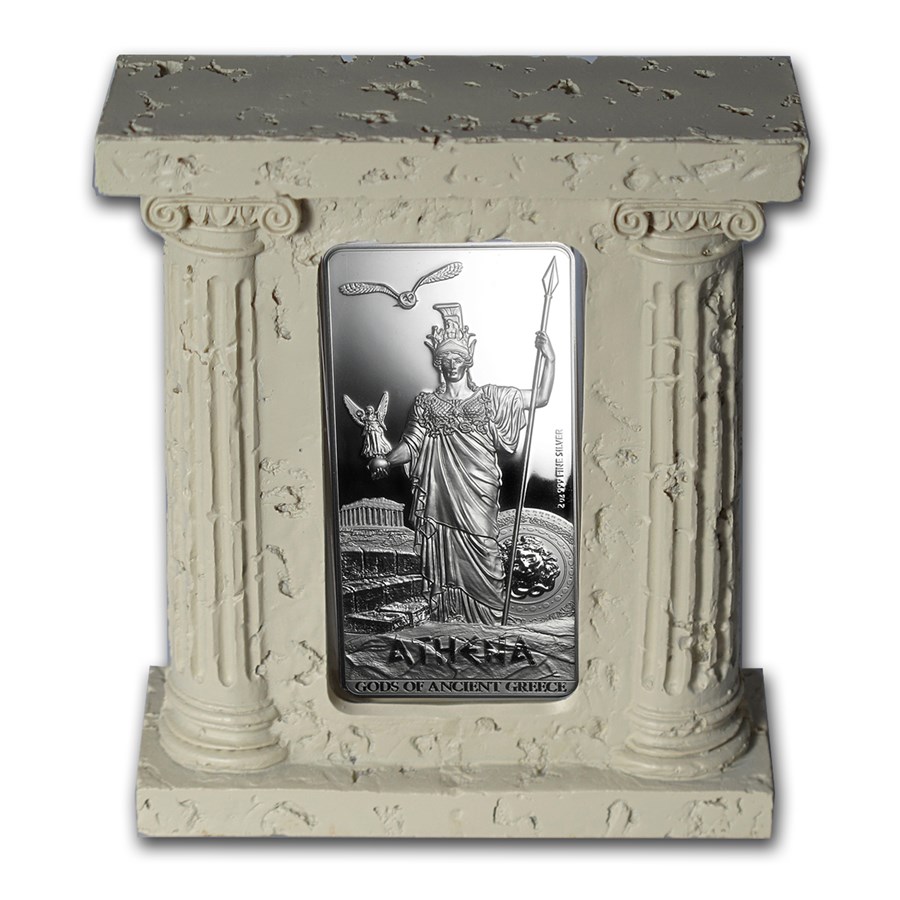 Your purchase will match the quality of the product shown.
Product Details
Product Details
This Gods of Ancient Greece Athena Proof Silver coin is the third release in a 5-coin series from New Zealand Mint.

Coin Highlights: One of Zeus’ favorite children, Athena is known for her intellect and strength in combat. Add the 2014 2 oz Silver Athena Gods of Ancient Greece Proof coin to your cart today!