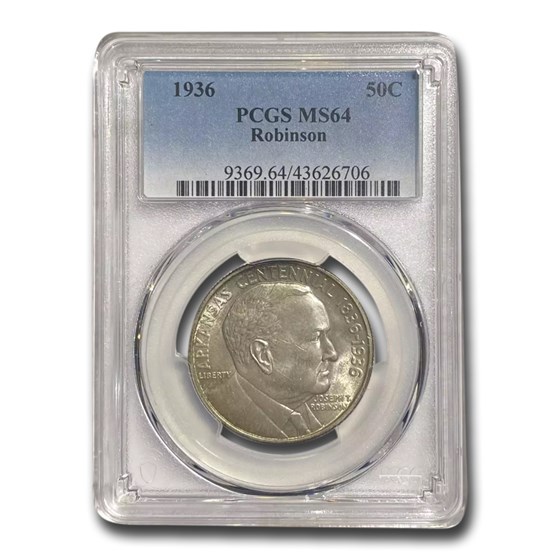 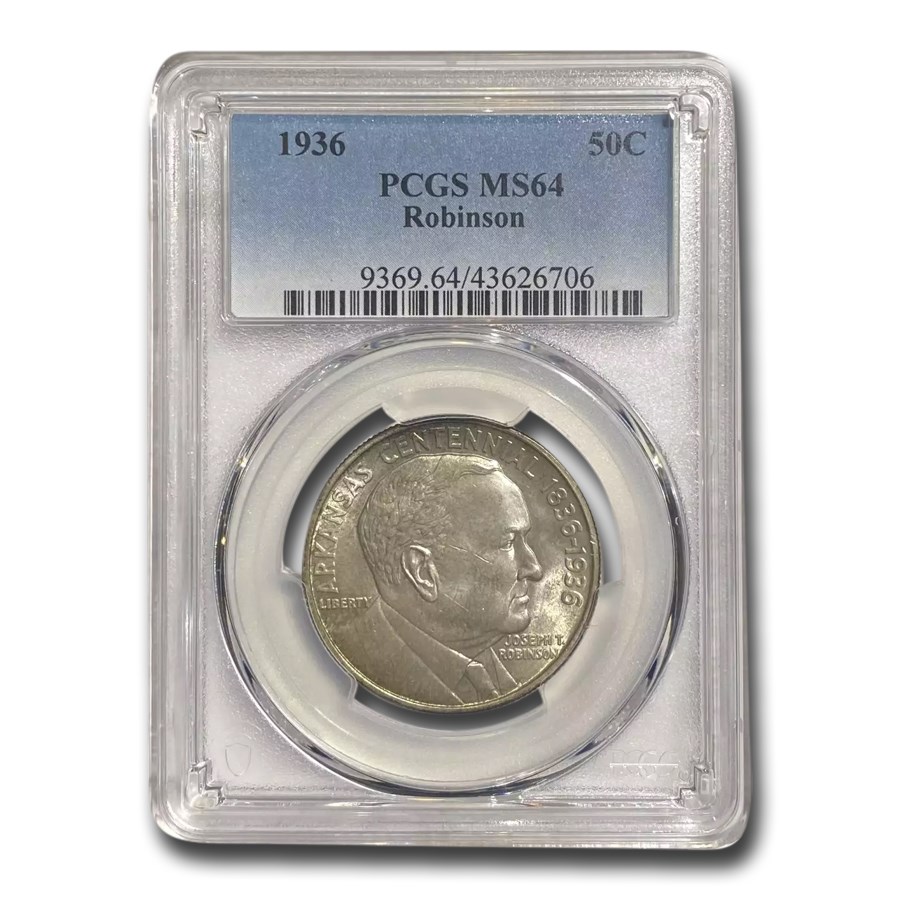 Your purchase will match the quality of the product shown.
Product Details
Product Details
This commemorative Silver Half Dollar was minted for the 1936 Arkansas Centennial. Joseph Robinson, former governor and senator from Arkansas, appears on the obverse and is one of only four men to appear on a U.S. coin while living.

This coin will make an excellent addition to any collection. Add this 1936 Arkansas Silver Half Dollar to your order today!

Robinson took office as Governor of Arkansas on January 15, 1913, but served just 55 days. The death of Arkansas Senator Jefferson Davis left a vacancy, and the legislature elected for Robinson to take his seat, effective March 4, 1913.

From the beginning, Robinson impressed other senators with his speeches, passion for detail and killer instincts in debate. He was a staunch supporter of President Woodrow Wilson and quickly gained influence throughout the Senate. He was Alfred Smith's choice for Vice President in the 1928 election, and after Smith lost to Herbert Hoover, Robinson had become a national figure for his impassioned speeches.