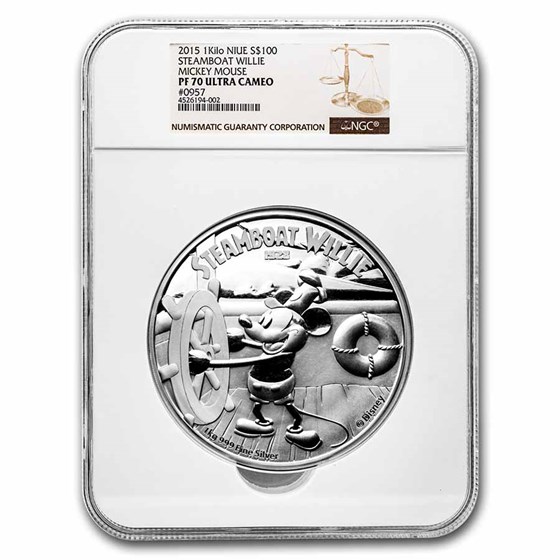 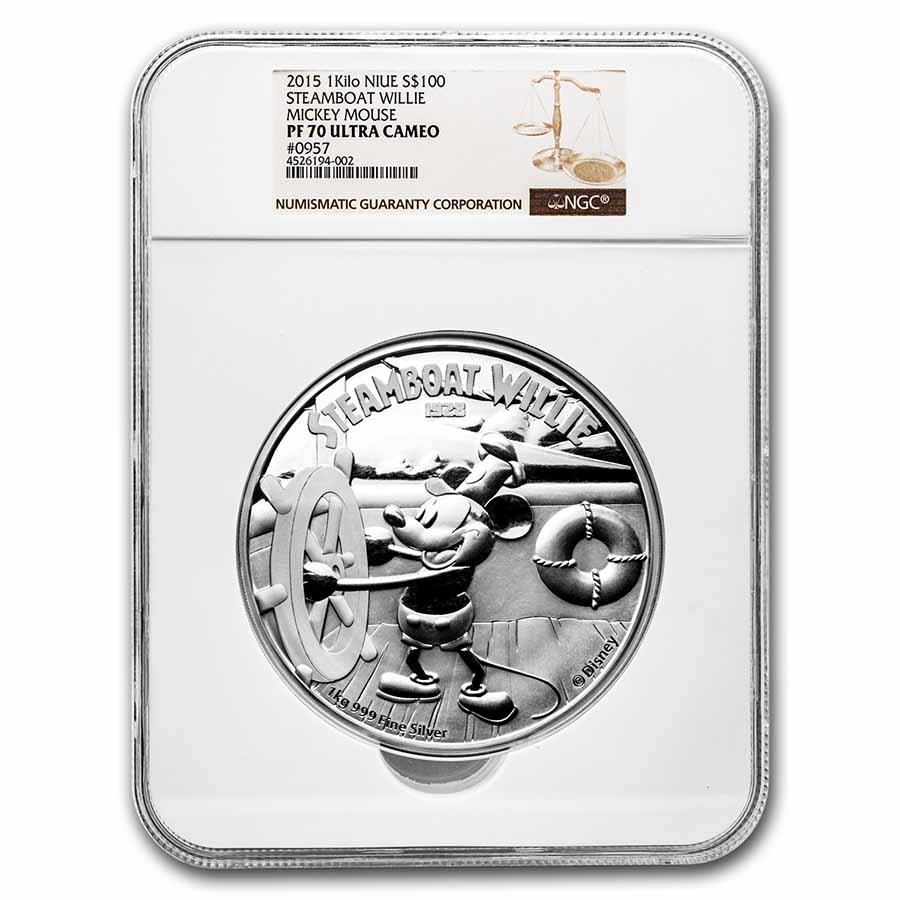 Product Details
Product Details
Sold out at the mint! Limited mintage of only 1,928 globally. This .999 fine Silver coin features Mickey Mouse as seen in his 1928 debut film, "Steamboat Willie." This coin has been extremely popular among collectors since its release.

Coin Highlights:
A classic piece of entertainment history, this coin captures the beginning of the incredible journey of Disney. Add this perfect Steamboat Willie coin to your cart today!

The Story:
This is the first coin in a two year series of coins that the New Zealand Mint is producing that will feature popular Disney personalities. It is followed by the Donald Duck 80th anniversary Coin. Minnie Mouse, Daisy Duck, Goofy, Pluto, and several princesses will all be included in this series as well.

Steamboat Willie has been at the helm of Disney animation from the early days, steering it forward through the seas of imagination. Released at the Colony Theatre in New York on November 18, 1928, Steamboat Willie was directed by Walt Disney and is considered the debut of Mickey Mouse.

Through the decades since its release, Steamboat Willie has received widespread critical acclaim, not only for introducing one of the world’s most popular cartoon characters, but for its innovation. The film is notable for being the first cartoon with synchronized sound. It was also the first cartoon to feature a post-produced soundtrack using a fifteen piece band and the voice of Walt Disney himself as Mickey.

New Zealand Mint:
The New Zealand Mint is a privately owned company in Auckland, New Zealand. It is the only privately owned mint in New Zealand, purchasing refined Gold from international sources to produce coins. They have established their reputation over the past four decades for their high quality design as exhibited by their innovative commemorative Gold and Silver bullion products.

The only precious metal mint in New Zealand, the mint uses the tag-line “Minters of the South Pacific” and produces collector and bullion coins for a number of pacific nations, including Fiji, the Cook Islands, Niue and Tuvalu.