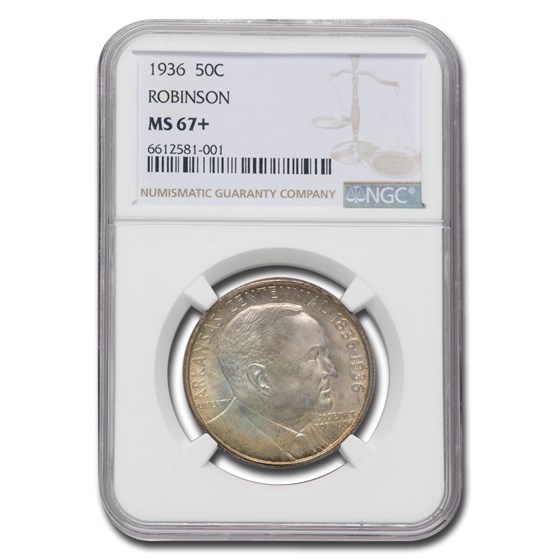 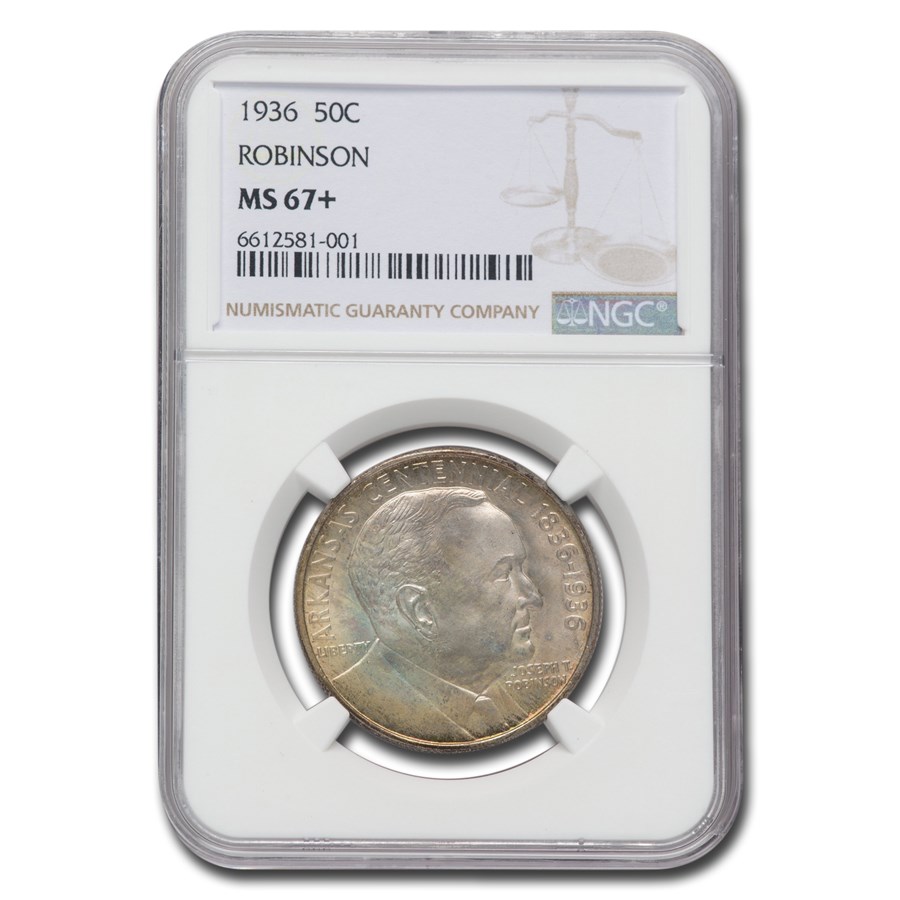 Your purchase will match the quality of the product shown.
Product Details
Product Details
This commemorative Silver half dollar was minted for the 1936 Arkansas Centennial. Joseph Robinson, former governor and senator from Arkansas, appears on the obverse and is one of only two men to appear on a U.S. coin while living.

Coin Highlights: Protect and display your graded coin in style by adding an attractive display box to your order.

This coin would be a great addition to any collection. Add this 1936 Arkansas Half Dollar to your order today!