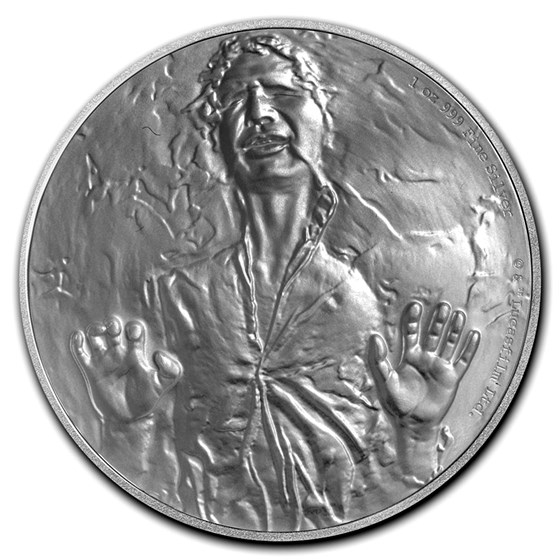 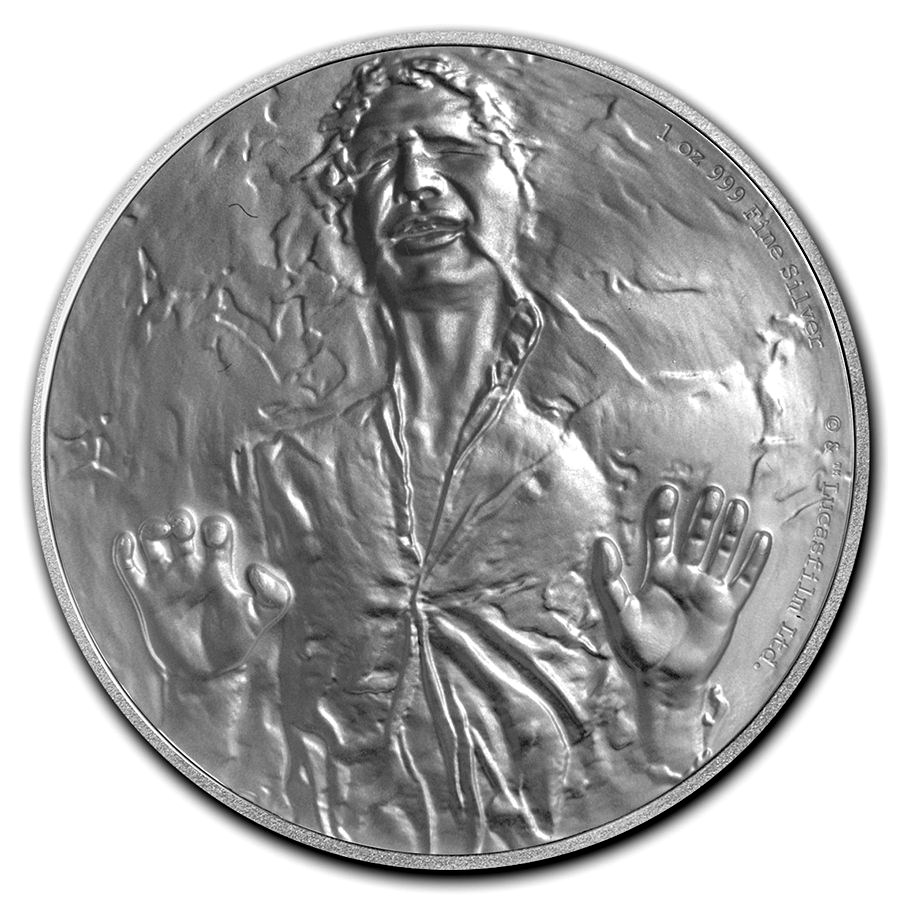 $25.88
As Low As
Product Details
Product Details
Sold out at the mint! Officially licensed STAR WARS coins with a limited worldwide mintage of 10,000 coins are highly sought after collectibles.

Coin Highlights:
Be sure to grab this highly collectible coin immortalized in .999 fine Silver. Add this 1 oz Star Wars Han Solo coin to your cart today! And may the Force be with you!

Very reallistic reproduction of Star Wars scene. I am happy to have it.

As another reviewer noted, this is the perfect scene from the Star Wars saga to capture in silver and is I think the most accurate depiction of this coin series. An interesting feature of the presentation design is a hidden magnet in the box or the black base surrounding the coin which allows you to tilt it at a 45 degree angle and it stands up on its own without need to brace it from behind. It is using The Force (magnetic).

The very likeness of Solo. It would make Jabba himself proud to own it. It comes in a velvet lined black wood box with the Rebel insignia on the top. Gorgeous piece

For the True Fans

Of all the iconic images to be immortalized in a coin, Han Solo in carbonite is it. A must have for any true Star Wars collector, nothing more to be said.