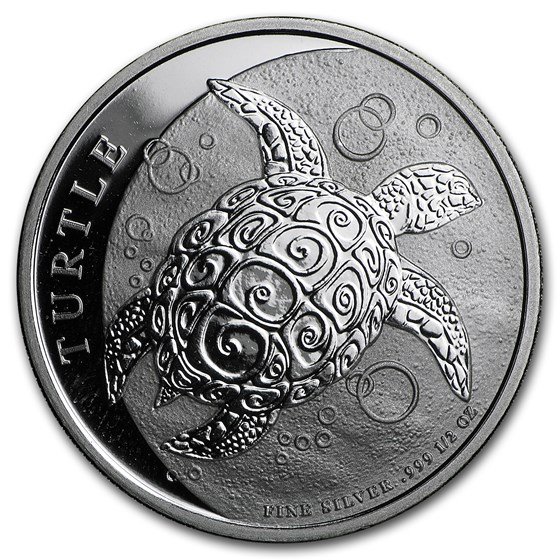 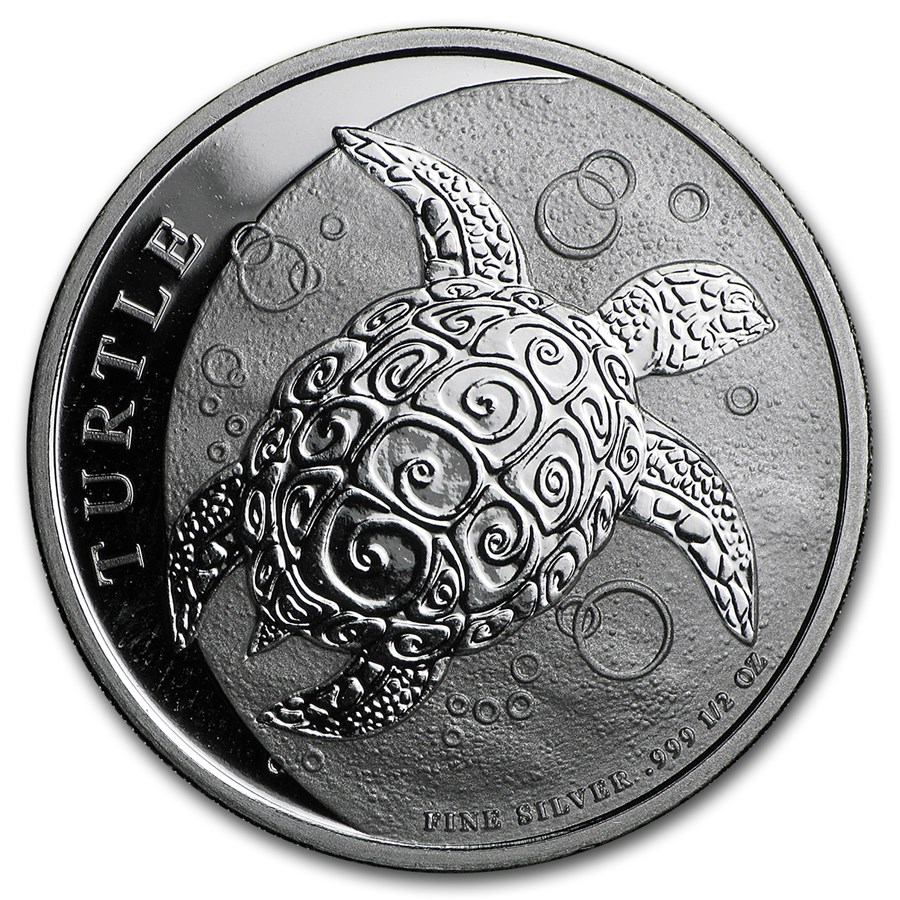 Your purchase will match the quality of the product shown.
Product Details
Product Details
The Taku coin combines the appeal of a 1/2 oz of pure Silver with an elegant design that captures the beauty of the ocean!

This coin is a continuation of the Silver Taku series from the New Zealand Mint that has grown tremendously in popularity in its brief existence. The coin combines the appeal of 1/2 oz of pure Silver with an elegant design that captures the beauty of the ocean! With a sleeker design and low mintages for bullion, these coins move very quickly.

The Story:
Hawksbill turtles are found throughout the tropical waters of the Atlantic, Pacific, and Indian Oceans. Named for their narrow, pointed beak, they are also recognizable by a distinctive pattern of overlapping scales on their exquisitely colored and patterned shells. This species typically avoids deep waters, preferring coastlines and coral reefs where they can find sponges, a primary food source for these omnivores. Beautiful creatures, they make incredible migrations in order to move from feeding sites to tropical beaches that often serve as nesting grounds. Hawksbill turtles come to New Zealand every year from Fiji; although they have been sighted as far south as Cook Strait, they are mostly seen in the upper North Island of New Zealand in the clear, shallow waters of the island shelve.
Like many sea turtles, hawksbills are a critically endangered species due mostly to human impact. Hawksbill eggs are still eaten around the world despite the turtle’s international protected status, and they are often killed for their flesh and their stunning shells that are highly valuable in some marketplaces.
A fantastically designed bullion item, this product has grown tremendously in popularity among investors in each of the four years that it’s been produced because of its intricate design.