As a follow up to the wildly popular Queen’s Beasts series, The Royal Tudor Beasts Collection will continue to celebrate British history. Designed by famed illustrator David Lawrence, The Royal Tudor Beasts series features the ten heraldic beasts surrounding the Moat Bridge of Hampton Court Palace that have been standing for hundreds of years. This collection will feature limited mintages to commemorate the Tudor Dynasty. Add a piece of history to your collection today. 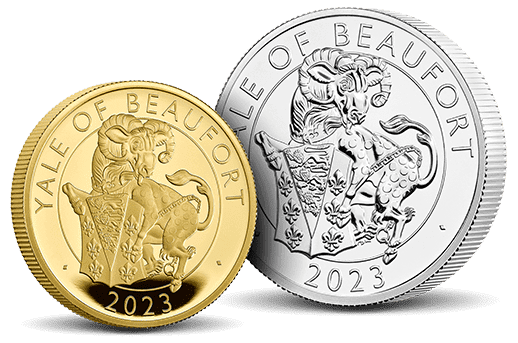 The Third Beast:
The Yale of Beaufort

Continue your collection with the third release in this popular series: the Yale of Beaufort, a beast inspired by European folklore. The Yale of Beaufort is available in multiple sizes of Gold and Silver in various limited mintages. This extraordinary beast is so unusual it would have stirred awe in anyone approaching the palace due to its antelope-like body, lion’s tail and boar tusks. The Yale of Beaufort is depicted holding the Arms of Jane Seymour to represent her authority and influence as the king’s new wife.

Inspired by the flagship size of The Queen's Beast program, the Silver Yale of Beaufort from The Royal Tudor Beasts Collection has been released in a 2 oz Silver Proof. This Silver Proof coin release comes in a limited-edition presentation in a low mintage of only 1,250 coins worldwide. 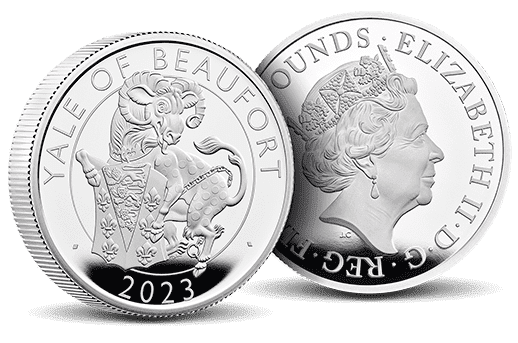 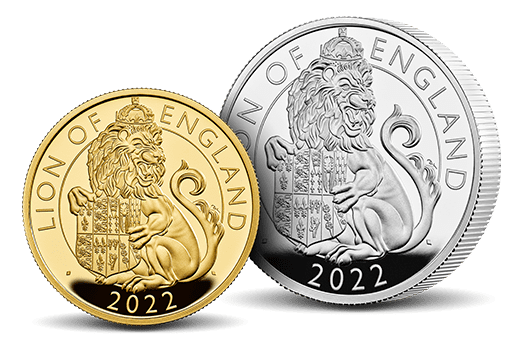 The Second Beast:
The Lion of England

The second release in this popular series, the Lion of England, is one of the oldest beasts in the heraldry. The Lion of England is available in multiple sizes of Gold and Silver in various limited mintages. The Lion first appeared on royal emblems in the 12th Century and has remained part of the Shield of England for the lifetime of its existence. Representing pride and courage, the Lion of England is depicted holding a shield featuring the arms of Henry VIII and Jane Seymour to symbolize the strength of their union.

The First Beast:
The Seymour Panther

The first release in this new collection is the Seymour Panther, which features the statue given to Jane Seymour by King Henry VIII from the Royal Treasury of Beasts. The fierce beast is depicted with flames coming out of its mouth and ears to represent the strong union of a devoted consort and a powerful king. The Seymour Panther will be available in Gold and Silver Proofs with varying mintages to celebrate the Tudor legacy. 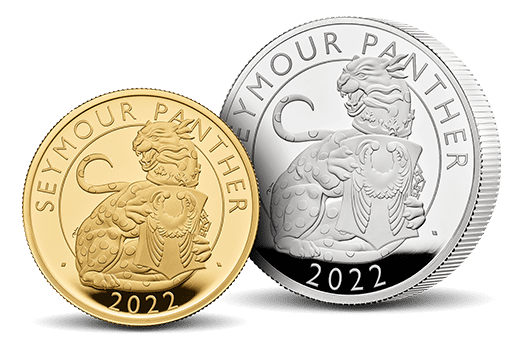 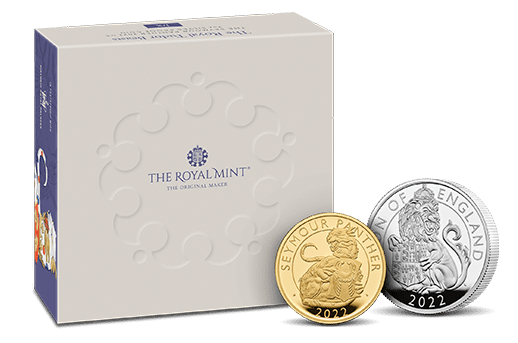 The Future of the Tudor Beasts

The Royal Tudor Beasts Collection will be a ten-part collection releasing over the next five years. Upon completion, The Royal Tudor Beasts will include: the Seymour Panther, the Lion of England, the Bull of Clarence, the Tudor Dragon, the Greyhound of Richmond, the Royal Dragon, the Yale of Beaufort, the Seymour Unicorn, the Queen’s Panther and the Queen’s Lion. The entire series will feature Gold and Silver Proofs in limited mintages.