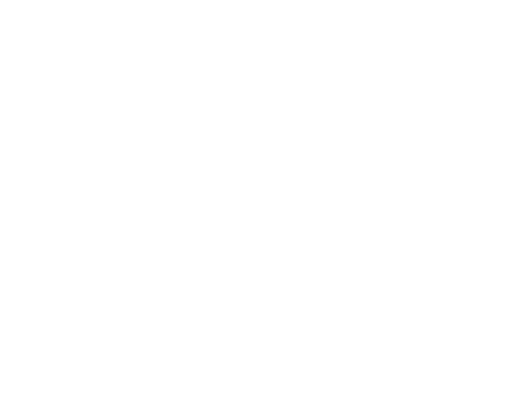 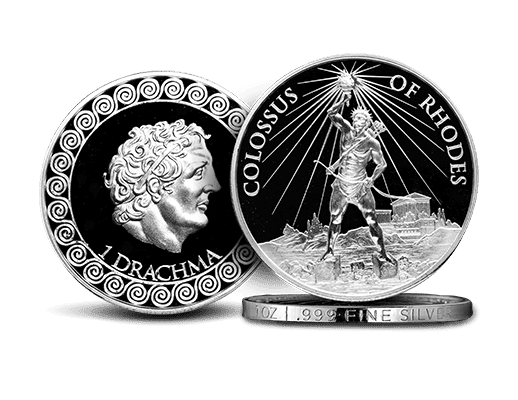 The first release in this thrilling series features the Colossus of Rhodes. These 1 oz Silver rounds have a limited mintage of 7,777. The .999 fine Silver content and beautiful design make these Silver rounds the perfect gift for any collector or investor. These beautiful rounds include a unique method of stamping called edge marking. This method is not often used on bullion, adding to the collectibility of these exquisite pieces. The weight and purity can be found on the edge of the round, unlike their usual location on the obverse or reverse.

In addition to the stunning Silver rounds, this release is also available in Gold. These highly collectible 1 oz Gold rounds have a limited mintage of only 77 available worldwide. The low mintages and .999 fine Gold content, along with the premium edge marking, make these rounds ideal for collectors and investors alike. The Gold rounds also include a numbered certificate of authenticity and beautiful custom packaging. 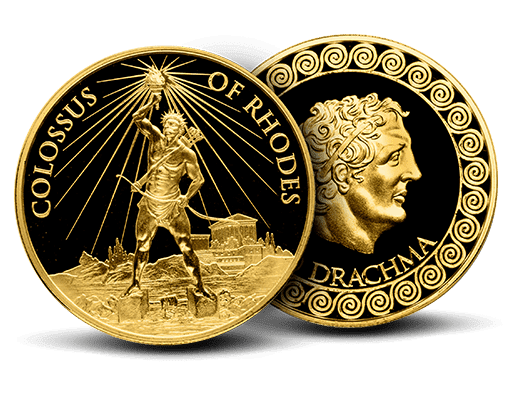 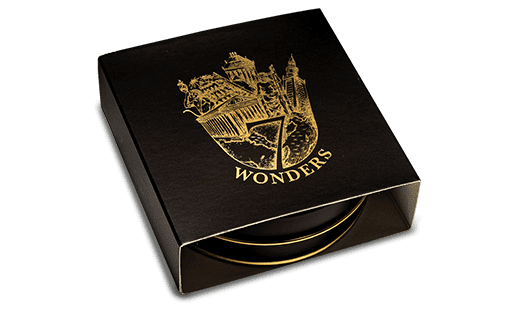 The Colossus of Rhodes was a massive 33-meter statue erected on the Greek island of Rhodes. Depicting the sun god Helios, it was created shortly after the Siege of Rhodes' victory, where they successfully defended the island against the Macedonians. King Ptolemy I of Egypt, a close ally of the city, was a great asset in this victory. His effigy is displayed on the reverse along with a denomination accurate to the era.