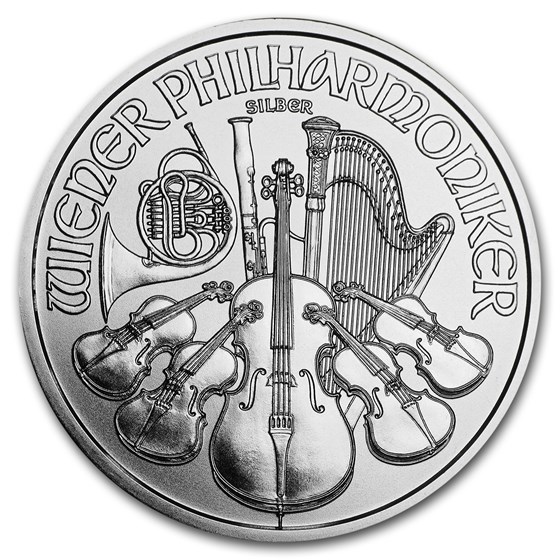 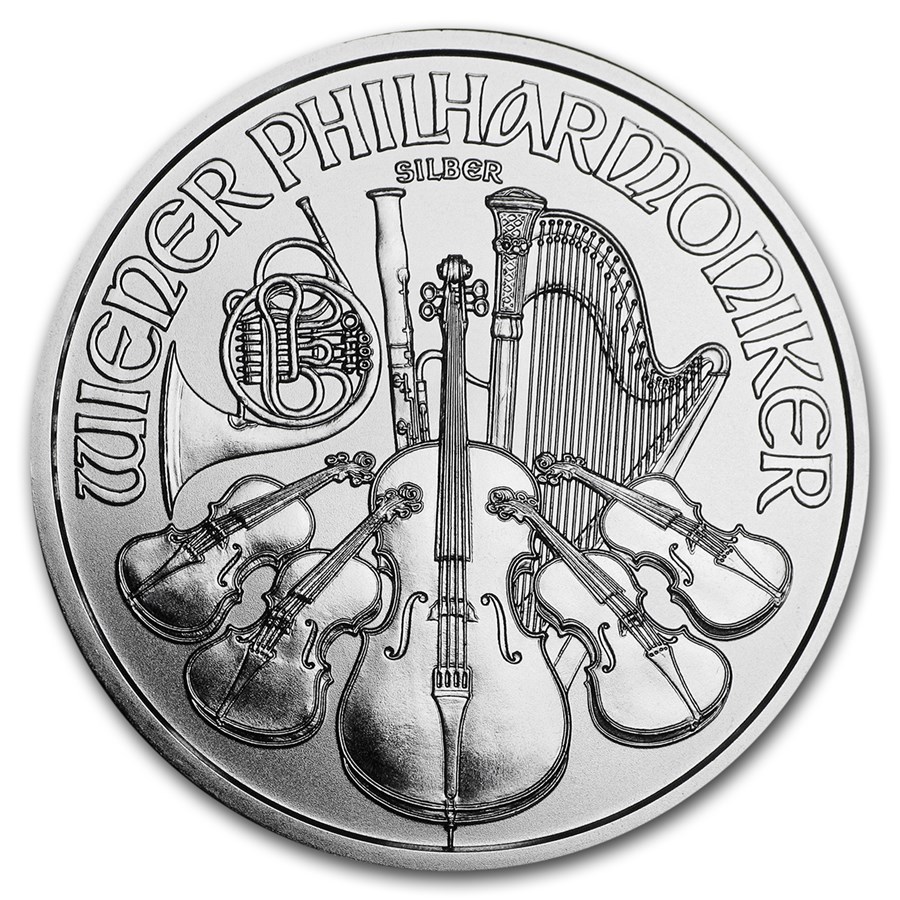 Product Details
Product Details
Musical harmony is a language that is understood around the world, and the classically designed Austrian Philharmonic perfectly embodies this. This well-known design is available in .999 fine Silver.

Coin Highlights:
Protect your Silver Philharmonic with this clear plastic capsule or display it in style by adding an attractive presentation box to your order.

This stunning Silver bullion coin is loved around the world for its 1 oz metal content and classic, recognizable design. Add the 2017 Silver Austrian Philharmonic coin to your cart today!

One of the Austrian Mint’s most recognized coins is the Maria Teresa Thaler, which is not simply a famous Silver coin, but one that boasts the greatest number minted. Another prime example of the mint’s international success is the Gold Philharmonic, one of the most popular Gold bullion coins worldwide. The Gold Philharmonic has played a vital role in developing the Austrian Mint into a highly successful company. The Austrian Mint’s beautifully crafted coins are minted in the heart of Vienna and are sought after by collectors around the world.

I at least Try to be a Collector of at least One Coin from every Market in the World, just to have because you never know. And though this is Not a Unnoticed Coin by any means (Very Popular), I stick to my routine of starting with One and building from there if Liked. I knew I would like this from the minute I added it in my Cart, but I have a routine and I stick to it. I can Always come back for more and sure enough this is something that I Will be coming back for more....! Just a awesome Coin to have in any Collection/Portfolio. And for the most part I can Always count on APMEX to have them In Stock. And if for some reason they do Not....just get on the Alert Me list and when they arrive they will shoot you a email or a text. Most of you out there know what this is and If you have been undecided about this Coin, just get it.....you wont be disappointed !

It's a great coin with smooth edges. And it doesn't have a Queen effigy which is very nice compared to other coins. The finish is great but the relief isn't high like the photo makes it seem

The edges of this uncirculated coin are nicked. This is not a gradable coin.

Merchant response: Thank you for your feedback. Please refer to return instructions forwarded to you recently from our Post Shipment team.

I collect these coins every year and they are consistently beautiful each year.

Speedy delivery and simple procurement process. Unfortunately tubes opened in transit and some of the coins were scratched. Still, only bullion so won't shed too many tears. Thanks Apmex - otherwise very impressed.

This 2017 coin is beautiful and stunning, a real treat for the music lover/collector.

Great price and fast delivery! Only issue was small scratch on one side.