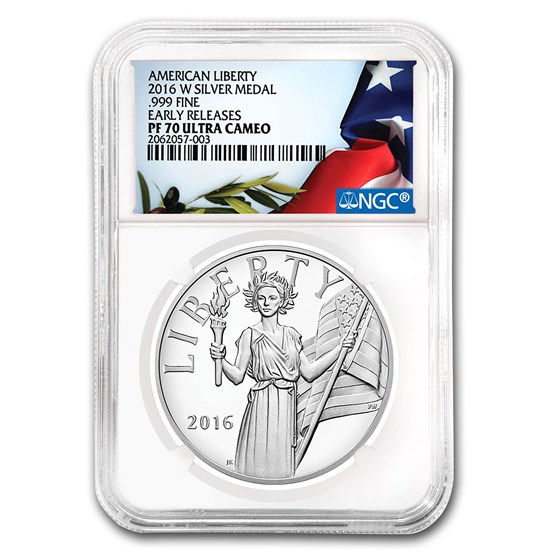 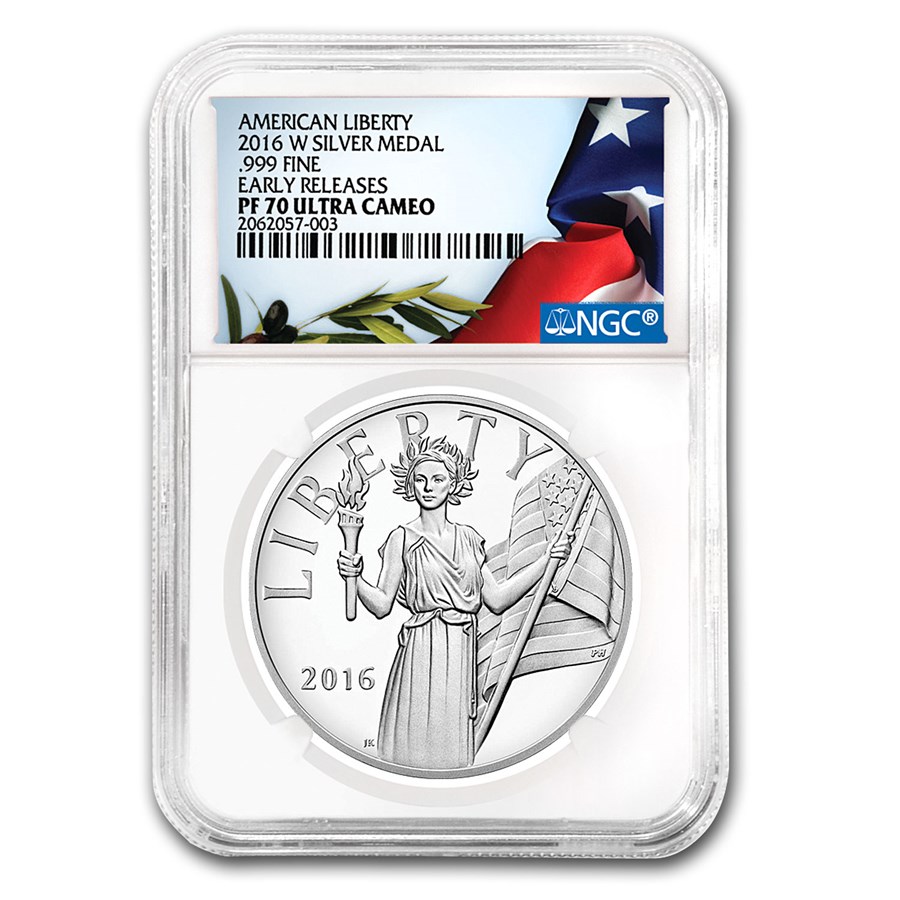 
Protect and display your American Liberty Silver Medal in style by adding an attractive display or gift box to your order.

This medal bears the same design seen on the $100 Gold American Liberty coin struck in 2015. Unlike 2015’s $100 Gold American Liberty coin, however, this 2016 Silver version is not legal tender and bears no denomination. The obverse design shows a modern depiction of Liberty, holding a torch and an American flag. It was designed by Justin Kunz and sculpted by Phebe Hemphill. The reverse design, created by Paul C. Balan and sculpted by Donald Everhart II.

Reasonable price, included shiping and handling. I'be not been disappointed.

New release from US Mint, Very desirable coin to add to a collection.

Reasonable price, included shiping and handling. I'be not been disappointed.

New release from US Mint, Very desirable coin to add to a collection.